Price not giving up despite still sitting outside Dakar top 10

Price not giving up despite still sitting outside Dakar top 10 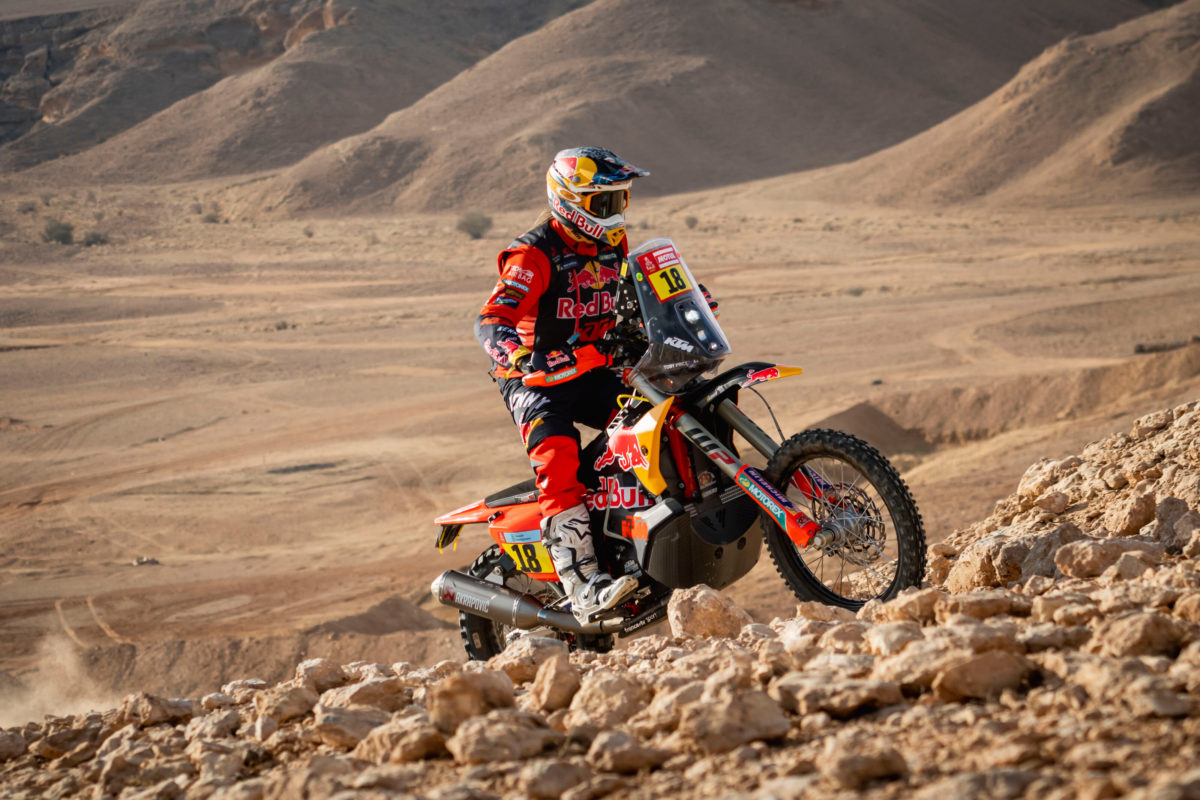 Red Bull KTM’s Toby Price is not giving up on a strong Dakar Rally result despite sitting outside the top 10 at this year’s rest day.

While the two-time Dakar champion lost a win on Stage 5 due to a speeding penalty, it is the blow he suffered on Stage 1B from which he has still not seriously recovered.

In what Price described as “a bit of a shit way to start the rally,” he was one of several to get lost due to a controversial roadbook note.

That mishap accounts for 31:21s of the 39:09s deficit which the Australian has to rally leader Sam Sunderland, which leaves him 12th overall.

There was little scope to make up ground on the latest, sixth stage, given it was cut more than 300km short due to the track, which the cars and trucks had pounded over a day earlier, being too unsafe to continue on.

“It was quite a short stage today,” said Price.

“The cars and trucks had all passed through there yesterday, so we were on their stage today.

“I think we all went into the stage with a bit of a feeling that it wasn’t going to work and yeah, a lot of the dangers were worse than listed on the roadbook and there were a few extra hazards out there too.

“I think they made the right call to stop it at 100 kilometres; I had a couple of scary moments myself out there.

“I’m happy to reach the rest day safely, not quite the overall position I would have liked, but there’s still a long way to go, so I’ll give my all and see what I can do next week.”

Price has thus far never failed to score an overall podium when he has made the finish of a Dakar, with two wins, three third placings, and two DNFs in his seven previous starts.

Fellow Australian Daniel Sanders won Stage 6 of the 2022 event and moved up to third overall, 5:35s behind GasGas team-mate Sunderland.