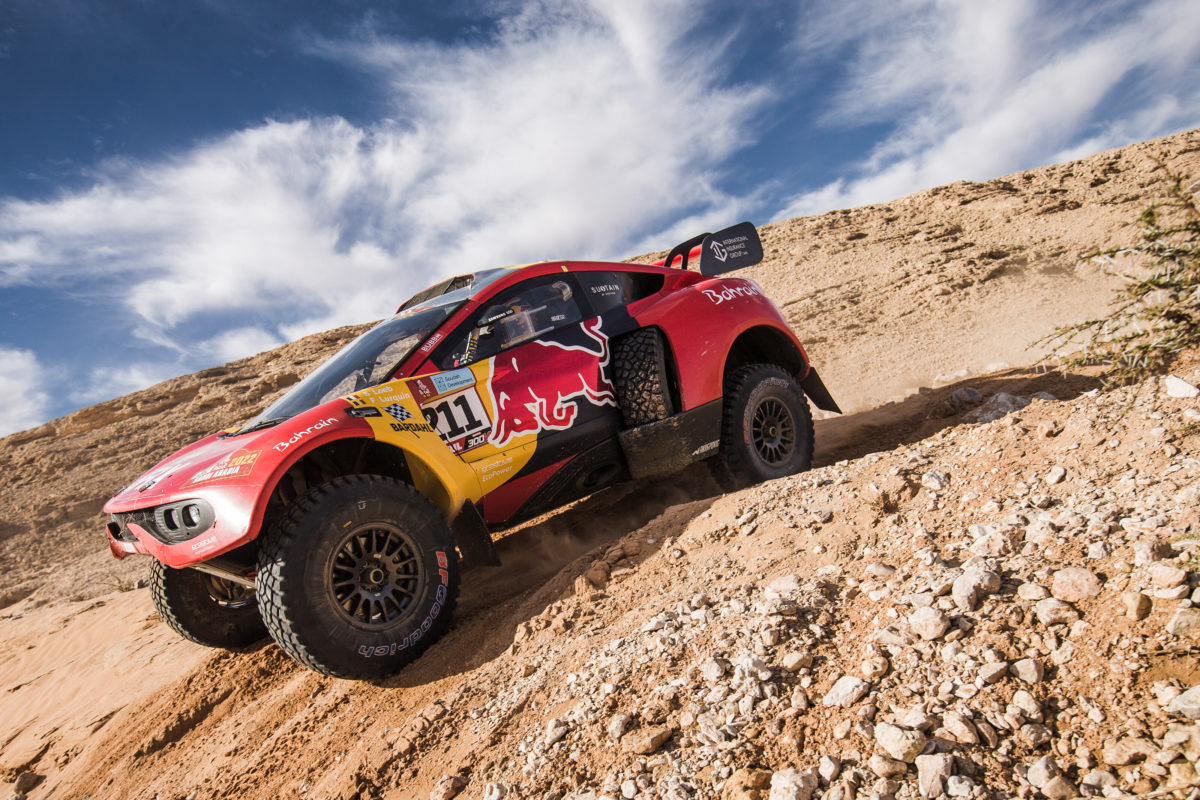 Nasser Al-Attiyah has a big advantage at the halfway mark of the 2022 Dakar Rally after Sebastien Loeb slipped to third overall.

Despite finishing 10th on Stage 6 when a win was in sight, Toyota Gazoo Racing’s Al-Attiyah is now 48:54s ahead of the chasing pack in the overall classification, with Overdrive Toyota’s Yazeed Al Rajhi second.

Bahrain Raid Xtreme’s Loeb, who suffered a navigational mishap on the latest loop around Riyadh, is 50:25s off the pace, with Giniel De Villiers (Toyota Gazoo) fourth after his five-hour penalty was overturned, and Lucio Alvarez (Overdrive Toyota) in fifth.

In terms of the stage, Loeb’s team-mate Orlando Terranova edged a man who once nearly pulled off a shock Bathurst 1000 win, namely Team Audi Sport’s Mattias Ekstrom, to the victory.

Terranova had his #221 Prodrive Hunter in the top three at every waypoint bar the first one, and ultimately beat Ekstrom by 1:06s.

Al Rajhi was also in with a shout for the day’s bragging rights, and ended up third at a further 43 seconds off the pace of #221.

Loeb ceded around 15 minutes when he strayed off-course at around 120km in, and a further 10 minutes at the 190km mark.

He pared back some of that when Al-Attiyah, who lead at the Kilometre 221 waypoint, lost time, but the day still represented a big blow to the nine-time World Rally Champion’s hopes.

“It was a complicated day,” said Loeb.

“We got lost after about 100km and that cost us quite a lot of time.

“After that, we did everything we could to close the gap in front.”

Al-Attiyah remarked, “We are quite happy to have finished the first week of the Dakar with a good lead.

“I saw that some drivers had gone too far right, but that was not our problem. Mathieu [Baumel, co-driver] did a good job; he was really careful to avoid making any mistakes.

“I think we are in a good way. We are quite happy.”

Carlos Sainz, in another of the electric Audis, finished over 40 minutes slower than Terranova and is now 25th overall.

After the rest day, Stage 7 takes the field from Riyadh to Al Dawadimi, from tomorrow afternoon (AEDT).