Ferrari poised to begin talks with Sainz over new contract

Ferrari poised to begin talks with Sainz over new contract 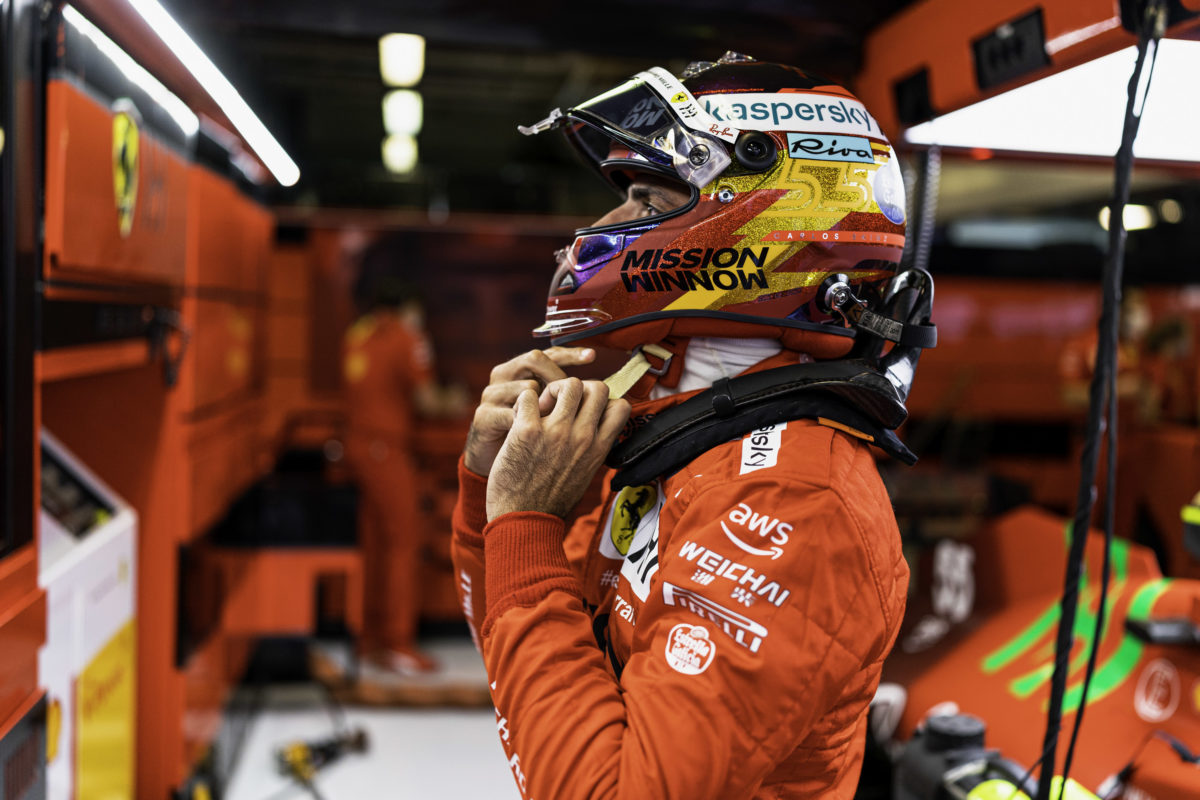 Scuderia Ferrari is poised to begin talks with Carlos Sainz over a new contract for the period beyond the 2022 Formula 1 season.

The 27-year-old Spaniard arrived at Ferrari last year from McLaren, taking over the seat vacated by Sebastian Vettel, and went on to finish fifth in the drivers’ championship.

While incumbent Charles Leclerc was tied up to the team through 2024, before the 2020 calendar year had even started, Sainz comes off-contract again this year.

Indications are that Ferrari would like to keep him too.

“I would like to sit down with him,” said team principal Mattia Binotto of Sainz at the Maranello outfit’s end-of-year press conference.

“I have not started yet the discussion with him, I don’t know what he’s got in mind as well so to date, there is not an answer to that.

“First, I would like to understand how he’s pleased. You have a review with him on the season and look together at the future.

“It will be a simple and easy discussion, no doubt.”

Sainz finished sixth in the standings in both of his seasons with McLaren, but never higher than that until he arrived at Maranello.

At Ferrari in 2021, he also scored multiple podiums in a year for the first time in F1, accumulating a total of 164.5 points.

Binotto remarked, “You know, when we signed with Carlos, the objective was to have two good drivers that were good racers, consistent and capable of scoring points for the team.

“I think it’s what we got this season, so I’m very proud of both of them.

“I think as I often said, we’ve got the best line-up in Formula 1 and in the paddock, and pretty certainly, I’m pretty happy with what Carlos did this season. Being his very first season with Ferrari, it was not straightforward and obvious.

“But we signed with him because we said he is a good racer, consistent, always scoring good points.

“I think he’s as well a good learner, because during the season he has improved, and I think that the end of the season is his best part of the entire season.”

Sainz in fact finished ahead of Leclerc overall in 2021, with the Monegasque taking seventh in the drivers’ championship on 159 points.

Ferrari as a team bounced back to third in the constructors’ championship, having slumped to sixth in 2020.

Pre-season testing for the 2022 campaign is set to get underway at the Circuit de Barcelona-Catalunya from February 23.