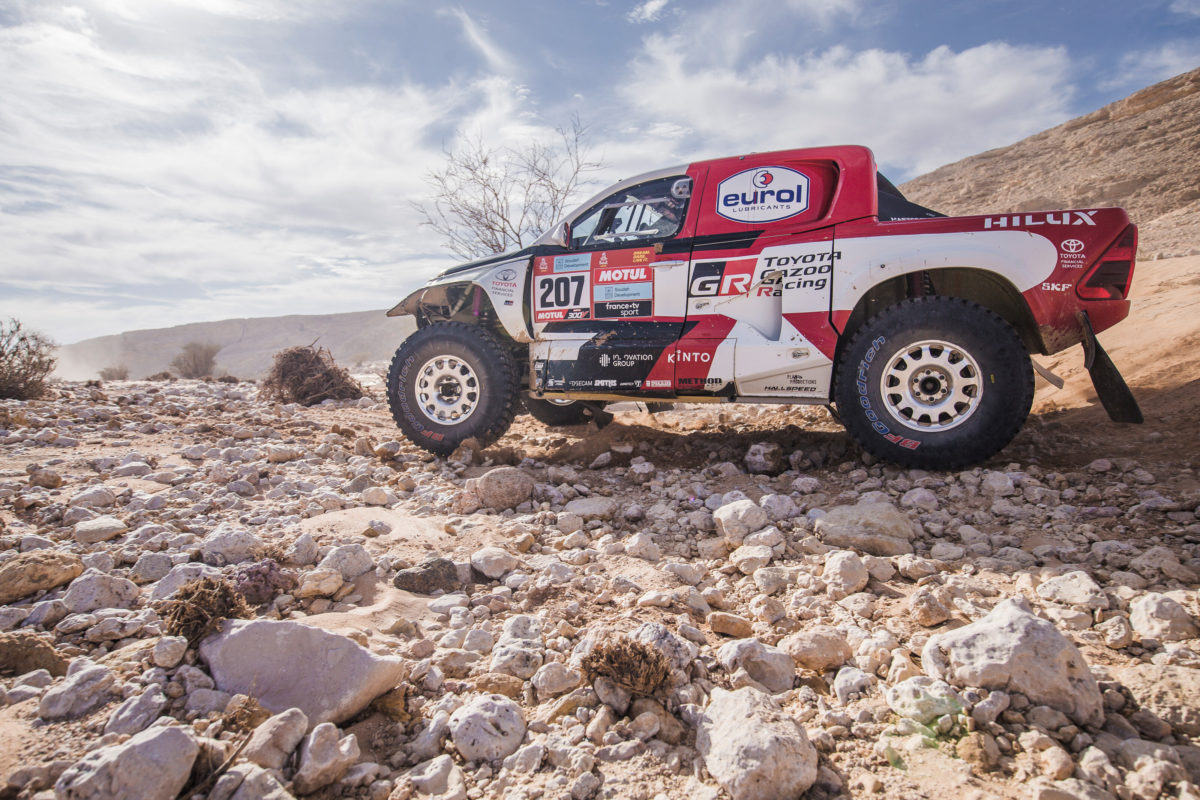 Now infamous Toyota Hilux driver Giniel De Villiers has had his five-hour penalty rescinded after a review of the incident when he ran over a bike at the Dakar Rally.

De Villiers had already been stung with a five-minute penalty for hitting one rider when he copped a far greater punishment for causing “major mechanical damage” to a motorcycle on Stage 2 of the event.

That was the KTM belonging to Moroccan rider Mohamedsaid Aoulad Ali, who had apparently not long fallen off in a dune section.

De Villiers avoided contact with the rider, but claims he did not realise that he had run over his bike, nor heard the Sentinel which is supposed to warn cars of hazards.

However, the four-time Dakar event runner-up is now back to fourth overall after stewards saw fit to cancel the five-hour penalty following a request from Toyota Gazoo Racing and the emergence of new evidence.

It was found not only that the Sentinel signal was weak, but also that De Villiers would have had only two seconds to react if he had indeed heard the warning.

“On 6th January, [supplier] ERTF checked the car #207 to find a malfunction of the Sentinel system,” read a stewards’ statement, in part.

“According to Mr Alex Bernard, the findings were that the antenna was installed inside the car, which is the usual installation location to protect the antenna.

“The reception of the signal depends on the type of windscreen of the vehicle. In this case, Mr Alex Bernard rates the signal strength as sufficient but not as optimum.

“He could not clearly confirm whether the received signal was actually sufficient to activate the alarm buzzer in the car.”

Even if De Villiers and/or co-driver Dennis Murphy had heard it, that would not have been enough time to react given the bike had been concealed on the other side of the dune.

Tracking data also showed that the South African did drive back to check the rider was not injured.

Thus, according to stewards, “After reviewing and considering all the evidence, the stewards have concluded that no offence was committed by the driver, decision No 14 is withdrawn on that basis.”

De Villiers had promised to pay for the costs of replacing the KTM, as well as its Moroccan rider’s entry fee for the 2023 Dakar Rally.