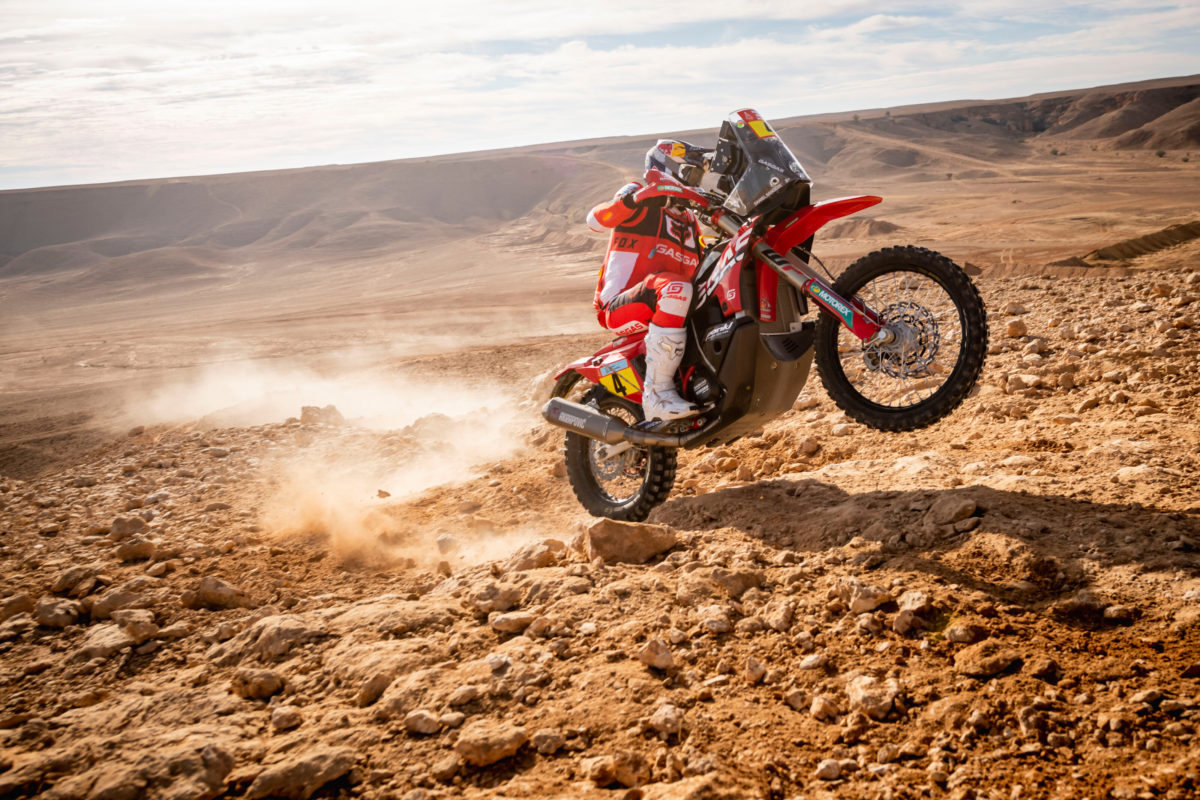 GasGas Factory Racing’s Daniel Sanders has another victory in Dakar 2022, on a shortened Stage 6.

The Australian has moved up one position to third overall, 5:35s behind team-mate Sam Sunderland, who made it a GasGas one-two on the day.

The last special before the rest day was to have been a 421km affair, on the same loop near Riyadh which the Cars and Trucks negotiated on the day prior.

However, the four-wheelers had left the track in a bad shape, a problem exacerbated by overnight rain.

As such, the contest was called at the first neutralisation, 101km into the special, at which point the 27-year-old Australian was fastest.

CLICK HERE for Sanders reaction, where he criticises his rivals for complaining

Sanders, who started 13th on the road courtesy of the Stage 5 results, was also quickest to the Kilometre 40 and Kilometre 81.

His gap over Sunderland at what would be the finish line was 2:26s, with Red Bull KTM’s Matthias Walkner third at another 10 seconds adrift.

Red Bull KTM’s Toby Price, who lost a stage win due to a speeding penalty on the day prior, set the ninth-quickest time on Stage 6 and moved up to 12th in the rally classification, albeit now 39:09s off top spot.

Monster Energy Honda’s Ross Branch is out of the race after an early crash, with the Botswanan transported by road to medical care at the bivouac.

Former MotoGP rider Danilo Petrucci, who opened the road after his history-making stage win 24 hours earlier, had a fall just three minutes into the latest special.

He did make it to Kilometre 101 on his Tech3 KTM Factory Racing entry, albeit with the day’s 40th-quickest time.

Joan Barreda Bort, who was in doubt due after damaging his left shoulder on Stage 5, gritted his teeth to clock the 14th-fastest Stage 6 time.

The Monster Energy Honda rider is ninth overall ahead of the rest day, after which the field heads from Riyadh to Al Dawadimi.

UPDATE: Australian Andrew Houlihan is out of the event