Top 10 for Taylor on Stage 5 of Dakar

Top 10 for Taylor on Stage 5 of Dakar 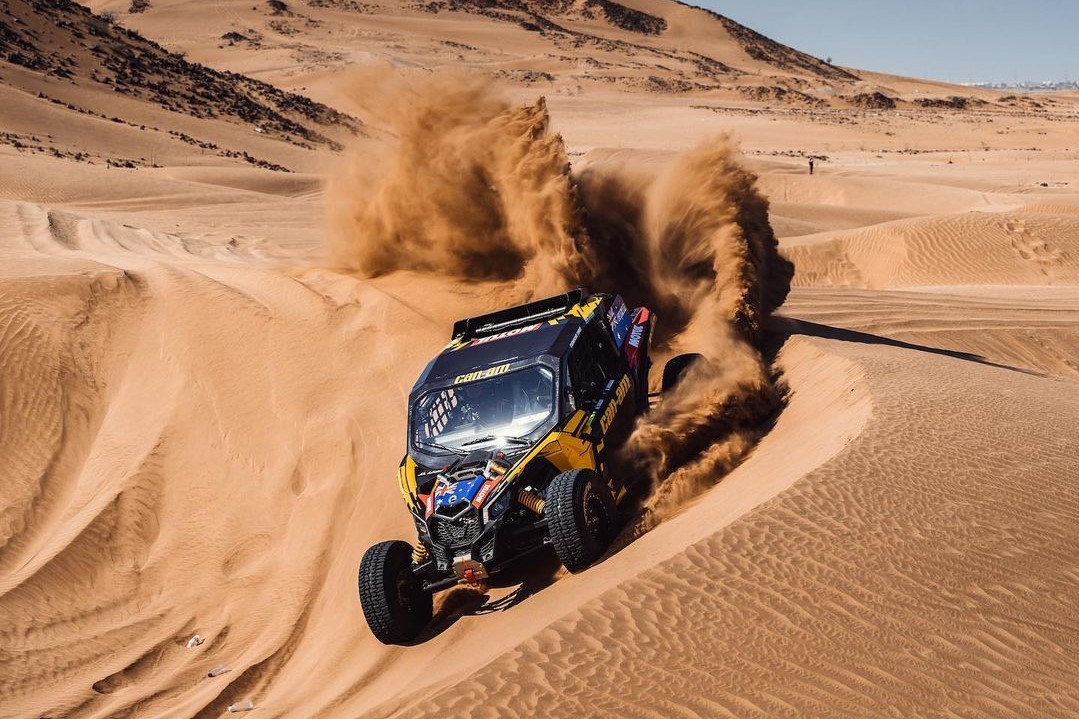 Australian Molly Taylor has finished 10th in the side-by-side division on Stage 5 of the Dakar Rally.

Taylor ended up 20:33s off the pace on the loop around Riyadh, moving up four positions to 22nd overall after a prang left her and co-driver Dale Moscatt stranded for multiple hours on the day prior.

Then, she looked on for a top five, and in the latest stage, the 2016 Australian Rally Champion ran as high as third.

However, she also regularly had to contend with trucks roaring past on the flat sections of the special.

“We’re back in the bivouac and it’s not dark yet,” noted Taylor after stepping out of her Can-Am.

“That’s the first time that’s happened all week, so all in all, it means today was a good day.

“We started really far back in the road position after yesterday [and] the traffic was pretty hectic.

“There were also some times when we were around a bunch of trucks, which was pretty gnarly.

“So, they would have come belting past us, we’d get a wall of dust, and then we’d have to work when we got back into the sand to overtake them, and do that to and fro.

“It was certainly a challenging stage but the aim was just to get a clean stage; do enough to make sure we were in the top 10.

“We were running as high as P3 at one point, but in any case, just no risk, look after the car, try and do a decent enough job to make sure we’re in the top 10 for the stage to get a decent road position for tomorrow.

In the Trucks, Andrey Karginov led a Kamaz-Master top four lockout on the stage, while team-mate Dmitry Sotnikov extended his lead in the event classification to 9:36s over yet another of the Russian squad’s driver, Eduard Nikolaev.