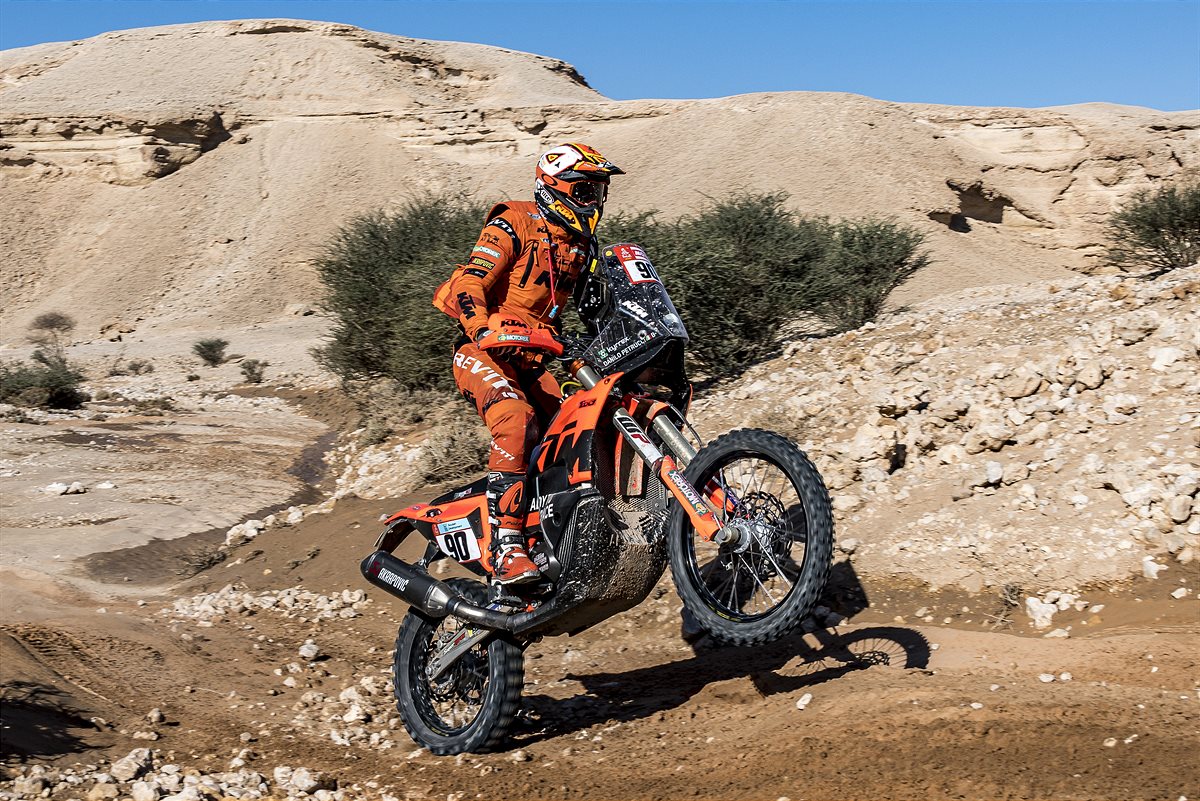 Danilo Petrucci says he “wanted to kill” the camel which caused him to crash on his way to a first ever Dakar Rally stage win.

The two-time MotoGP race winner is making his debut in this year’s Dakar and was officially declared the victor on Stage 5 after a penalty was handed down to KTM team-mate Toby Price.

Along the way, Petrucci took a big tumble when he had to dodge one of the beasts which often find their way onto stages in the rally, nowadays held in Saudi Arabia.

That could have ultimately cost him the victory, before he again hurt the ankle which he had already injured in a recent training crash, all the while having trouble keeping his pants up.

“I was so, so lucky to not get injured really, [in] the first crash,” said the Italian, riding under the Tech3 KTM Factory Racing banner at Dakar, in an emotional Instagram live post.

“I wanted to kill that camel that I found after this corner. I wanted to kill him, but here they consider the camel more important than women. So, I think I would get some problems with it.

“And also, it’s quite big, a camel. I can tell you I imagined they were smaller, but no. Then, I was a little bit confused because the crash was quite heavy, I rolled quite a lot.

“I was thinking about that camel, I was saying ‘OK, I need to make it to the finish line, especially because I had a problem with my pants. They were broken, so I always tried to pull up my pants, my trousers.

“Then I pushed really hard, [Australian rider Daniel] Sanders helped me a lot. He’s really an unbelievable rider, he’s so fast, but also today my bike was so good.

“And then when I found that waypoint, I started to push a lot, but the last 50km of dunes were never-ending.

“I almost went into one hole, but fortunately I was able to change direction at the last moment. But I hit my ankle so hard.” 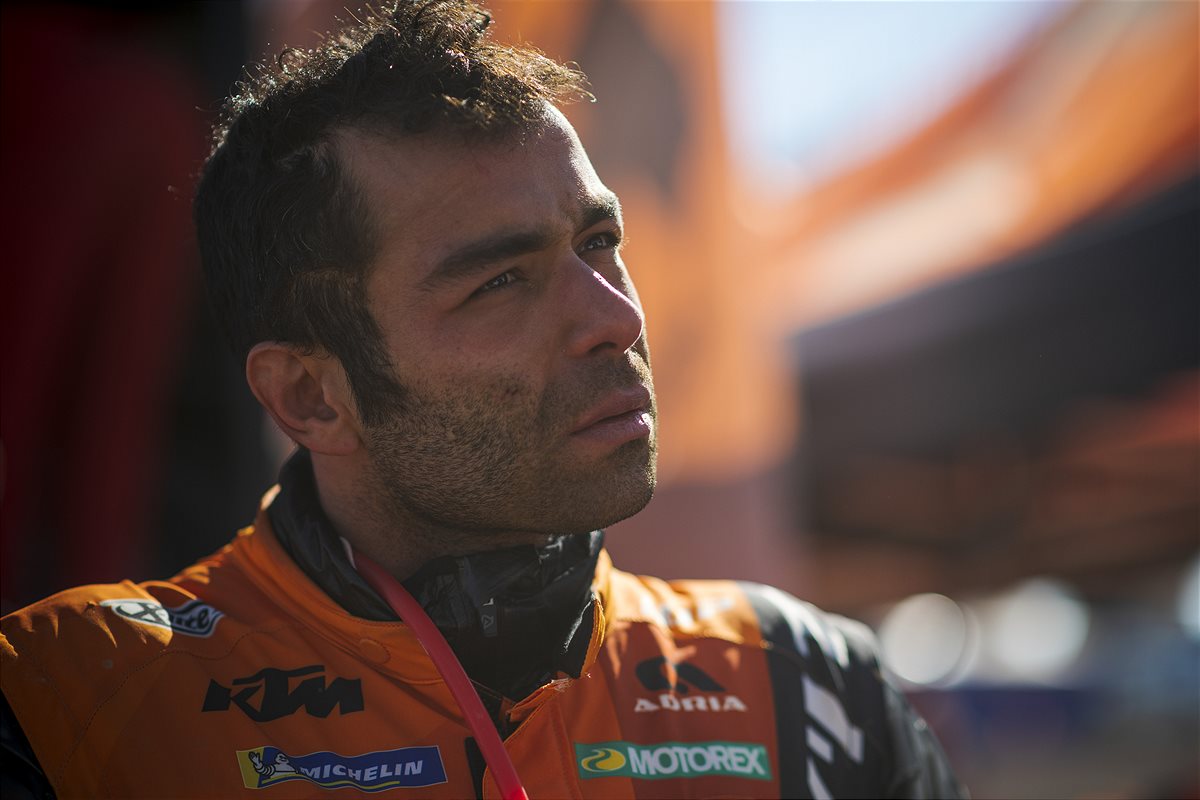 The triumph, which he wrote left him “crying like a baby”, also gives Petrucci a special place in history, given his two grand prix wins with Ducati.

“It’s something I still need to understand because, in a few words, when I was young, I always wanted to make history in motorsport.

“And today for me I did it, because I am the only person in this world to have won a MotoGP race and a stage at the Dakar.

“This is a thing that no one did before and I’m really, really happy.”

Petrucci was initially third-quickest in the preceding day’s special, which would have been his first Dakar stage podium before he too was issued a penalty for speeding.

After technical problems earlier in the event, ‘Petrux’ is 129th overall and 102nd in the Rally 2 group.

Price was officially fifth for the stage and now holds 12th overall, 37:19s off the pace set by GasGas Factory Racing’s Sam Sunderland.