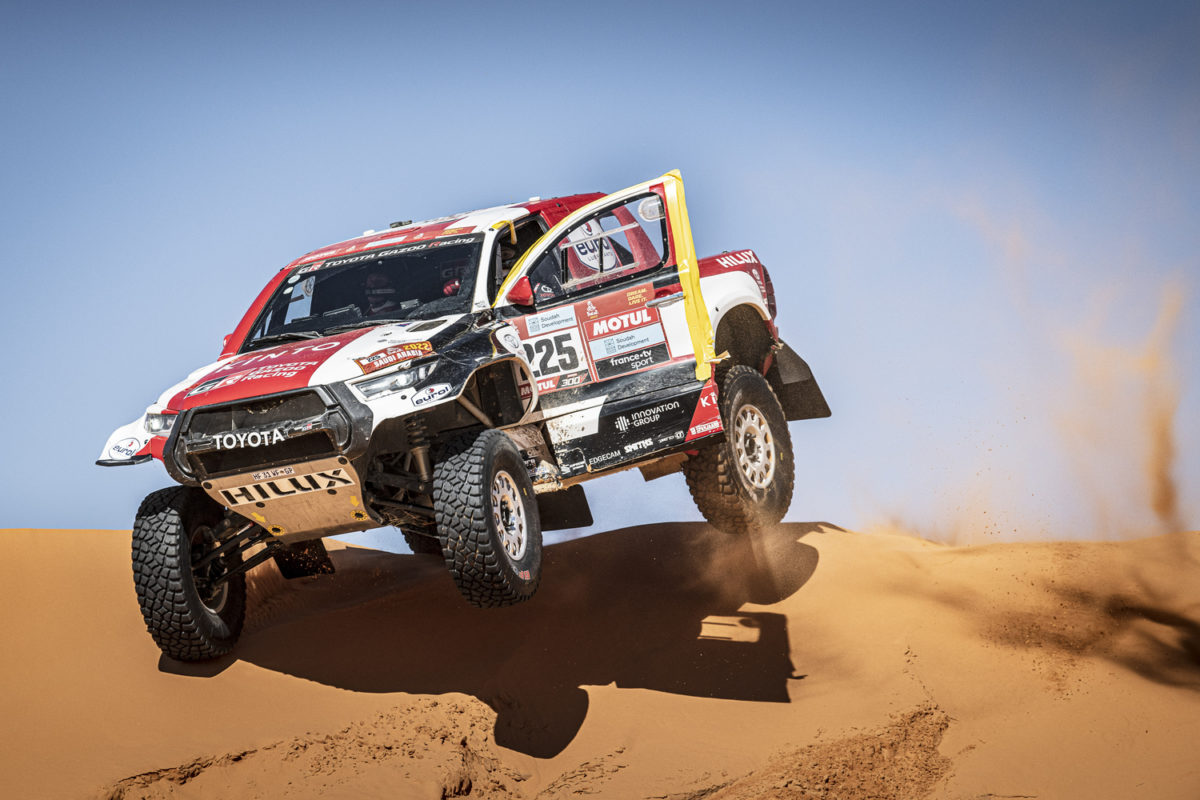 Henk Lategan has become a Dakar Rally stage winner on a day when Sebastien Loeb chipped away at Nasser Al-Attiyah’s overall lead.

Lategan beat Loeb to the Stage 5 victory by 1:58s, as the latter reduced his deficit to Al-Attiyah to 35:10s at the head of the event classification for the Cars field.

It was another frustrating day for Audi, with Stephane Peterhansel sacrificing a possible stage win by donating suspension componentry to the stricken team-mate Carlos Sainz during the stage.

Lategan led or was only just second-quickest through the entirety of the 421km special which ran in two loops around Riyadh, despite having to contend with an open door on his Toyota Gazoo Racing Hilux.

Al-Attiyah struggled somewhat with road-opening duties in his own factory Toyota Hilux, a challenge made all the greater by the fact that the Cars loop was different to that of the Bikes, and hence there were no tracks to follow.

He still managed to set exactly the same time as Loeb would to the Kilometre 159 waypoint, before the Bahrain Raid Xtreme driver put some time between himself and the three-time Dakar champion.

Still, it was a relatively close-run thing, as Loeb admitted, with only 2:55s separating the title combatants on the stage.

“I caught him on the stage and at one point we tried to pass him in the dunes by taking another way,” said the Frenchman after stepping out of his Prodrive Hunter.

“We finally ended up in front, but then he was behind and followed our tracks, he caught us again and we were fighting for 200 kilometres trying to pass each other.

“But each time when he was in front, or I was in front the other one was following and at the first mistake he was passing… It was impossible to create another gap, so we carried on to the finishing line.

“We took a few minutes from him; that was the plan in the morning, so we are happy with that.

“The rally is still long and we’ll see the next days.”

Al-Attiyah, seventh-quickest for the day, remarked, “It was a good day and I am quite happy to finish Day 5 because there were no lines from the bikes, but Mathieu [Baumel, co-driver] did a really good job.

“Seb caught us in the last hundred kilometres. We stayed together and played around a bit; sometimes he was in front, sometimes I was in front. I think we did a good job and I’m quite happy to finish the day.

“There is still a long way to go,” he added.

“We need to be clever and avoid any problems. Also, Seb will keep trying.” 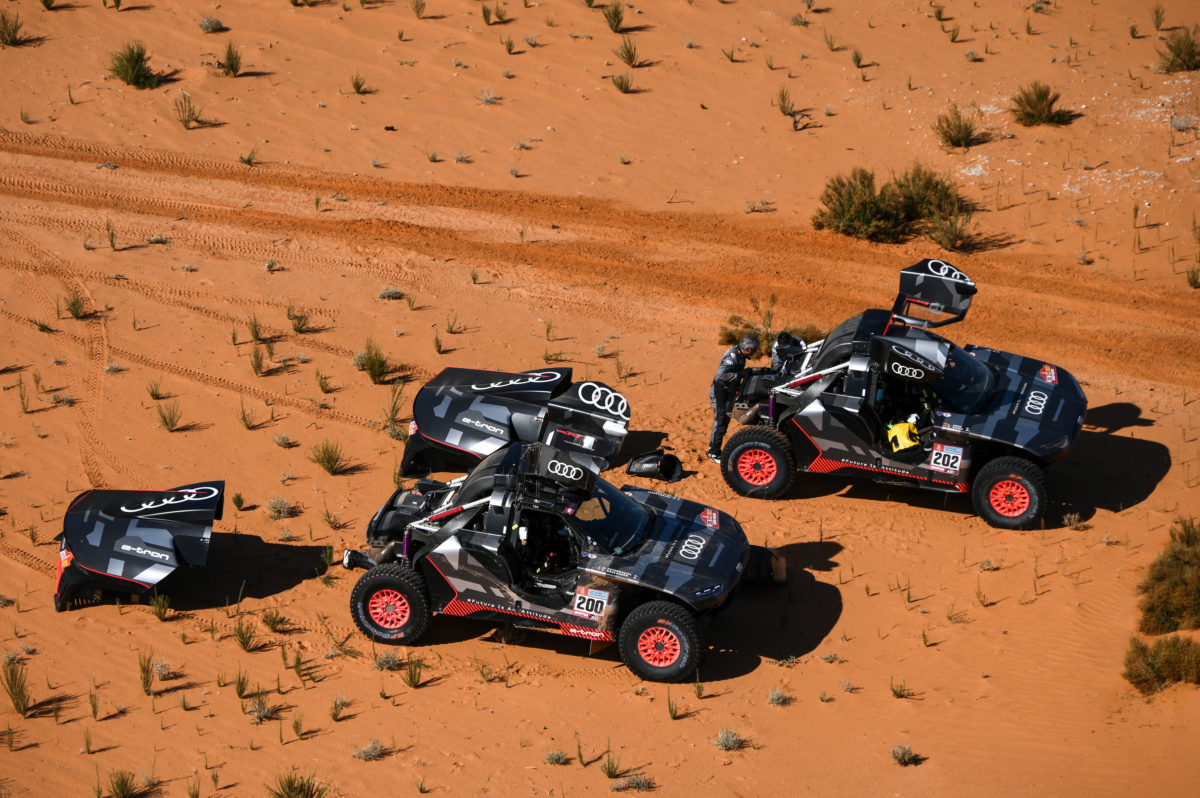 Mattias Ekstrom has resumed the mantle as Team Audi Sport’s front-runner, in 16th overall, due to the misfortune of Carlos Sainz.

The Spaniard stopped at Kilometre 201 with a broken damper before Peterhansel, who is even further back in the overall classification, arrived to donated a replacement from his own RS Q e-tron.

The setback cost Sainz more than an hour while Peterhansel, who was quickest to the preceding waypoint, then had to wait for his own replacement damper.

Mixed emotions for our driver crews today. They were fast at the beginning, before being slowed down. Peterhansel/Boulanger showed great team spirit when helping Sainz/Cruz. Ekström/Bergkvist are now the best-placed Audi crew.#FutureIsAnAttitude #AudiDakar #Dakar2022 #RSQetron pic.twitter.com/Py8P30Ljqa

Stage 6, the last before the rest day, sees the Cars and Bikes swap loops, with the four-wheelers going east and the two-wheelers to the north.