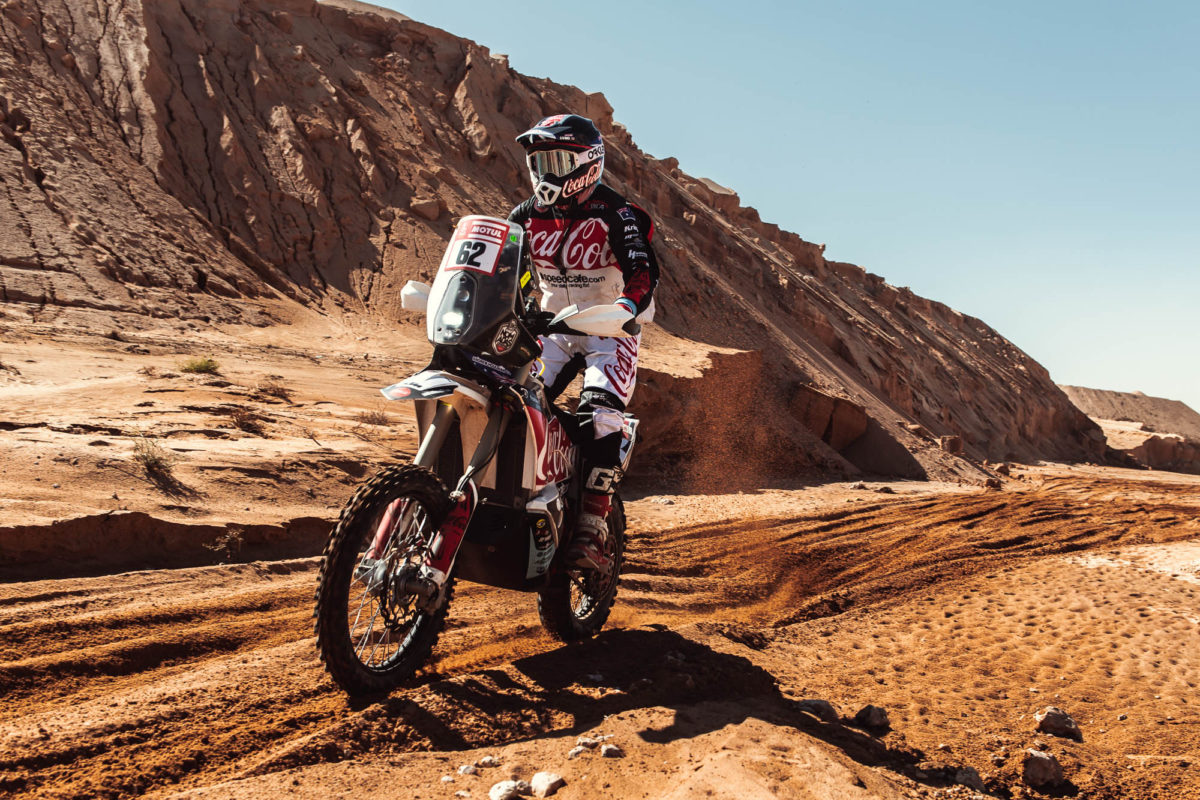 It was a tough day for many of the riders on Stage 5 of the 2022 Dakar Rally. Skyler Howes is out, Joan Barreda Bort will make a decision on his future after a night’s sleep, and the race was eventually stopped because of the “great demand placed on the medical aircraft dedicated to the bike race and the Dakar Classic”. 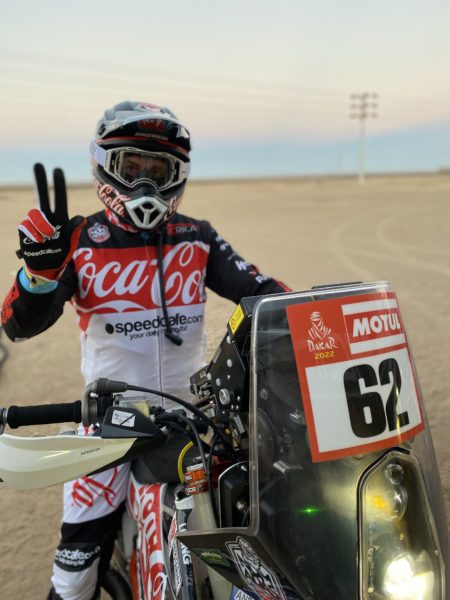 For the first time ever the cars and bikes took separate routes today, so we didn’t have any cars trying to work their way past us.

Today’s stage started well for me and I was feeling really good, had perfect navigation, passed many bikes and had worked my way up in 62nd position.

The track was very fast with some rocks and stones littered in the sand. I misjudged a small section with a deep hole. I hit it very hard at high speed but did not come off, just jarred my upper body really bad.

It was only 20km until the refuelling point so I rode in very slowly. I had a discussion with the medical team and asked them for some pain medication, but they would not allow me to continue on the stage.

The stage was cut short anyway, just after I got to that refuelling stop. There was a very bad sandstorm and the helicopters weren’t able to fly. The decision was a smart one because they couldn’t provide help in the case of an emergency.

My friend Walter Roelants, who I met and rode most of the stages in Dakar 2021 with, crashed heavily yesterday. He is in intensive care at the Riyadh Military hospital, a reminder of just how quickly things can go wrong at Dakar.

I’m officially classified as 57th on Stage 5, and 76th overall in Rally 2. I’m really happy that I’ve been able to improve that a bit every day.

For tomorrow’s Stage 6, the bikes and cars will swap routes. We get to do the route the cars did yesterday and hopefully there are still clear tracks to follow.

I’ll hopefully pull up OK in the morning.