DJR Mustang guru on Gen3’s ‘win-win in every situation’

DJR Mustang guru on Gen3’s ‘win-win in every situation’ 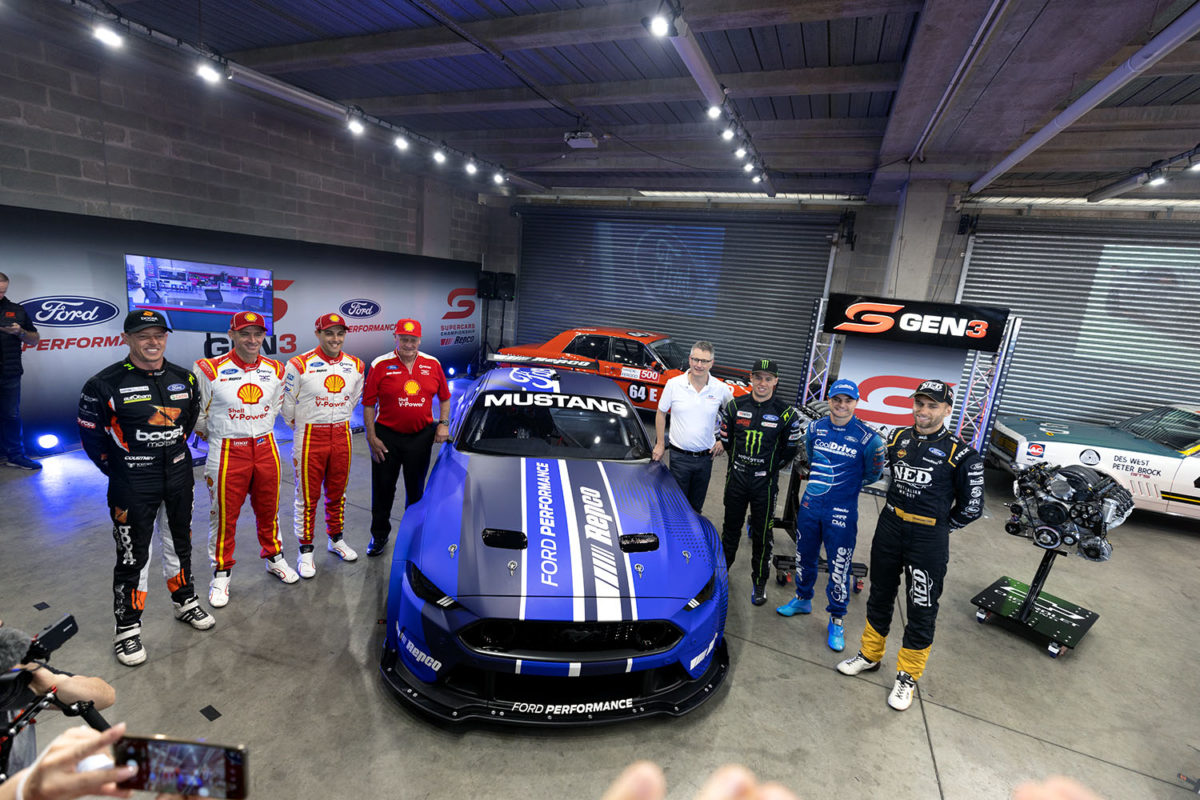 Supercars pulled the covers off the prototype Mustang and Chevrolet Camaros which represent the category’s new era, debuting in competition in 2023, at the Repco Bathurst 1000 which closed out the 2021 campaign.

Herrod has been serving of late as the general manager of the Shell V-Power Racing Team, Ford’s homologation team, but is also director of the Melbourne-based Herrod Performance business which specialises in hotting up roadgoing versions of the Blue Oval hero car.

While those he speaks to in that line of work might have misgivings about how the Gen2 Mustang looks, he thinks the aesthetics of its successor are a winner.

Herrod, who represented DJR at the Gen3 launch and is on its advisory board, also spoke glowingly about the fact that the Ford Supercar will be powered by a modified version of the marque’s Coyote road car engine when the new ruleset kicks in.

“Well, I think the biggest thing is, it looks like a Mustang,” he declared.

“In my other business back home in Melbourne, we predominantly build hot rod Mustangs.

“So, we have the general conception of people coming through my workshop [of] ‘the Mustang doesn’t look like a Mustang’.

“They want it to look like a Mustang; this looks like a Mustang, so the crowd is going to go crazy once they see this thing, and to have something that runs a Coyote engine and looks the factory road car does, it’s just a win-win in every situation.”

While there has been a largely positive response to the look of the Gen3 prototypes, the nature of gear shifting, specifically whether or not paddle shift and/or auto blip are adopted, remains a bone of contention.

Testing of the prototypes is set to resume later this month.