Dislocated shoulder for Sanders on Stage 5 of Dakar

Dislocated shoulder for Sanders on Stage 5 of Dakar 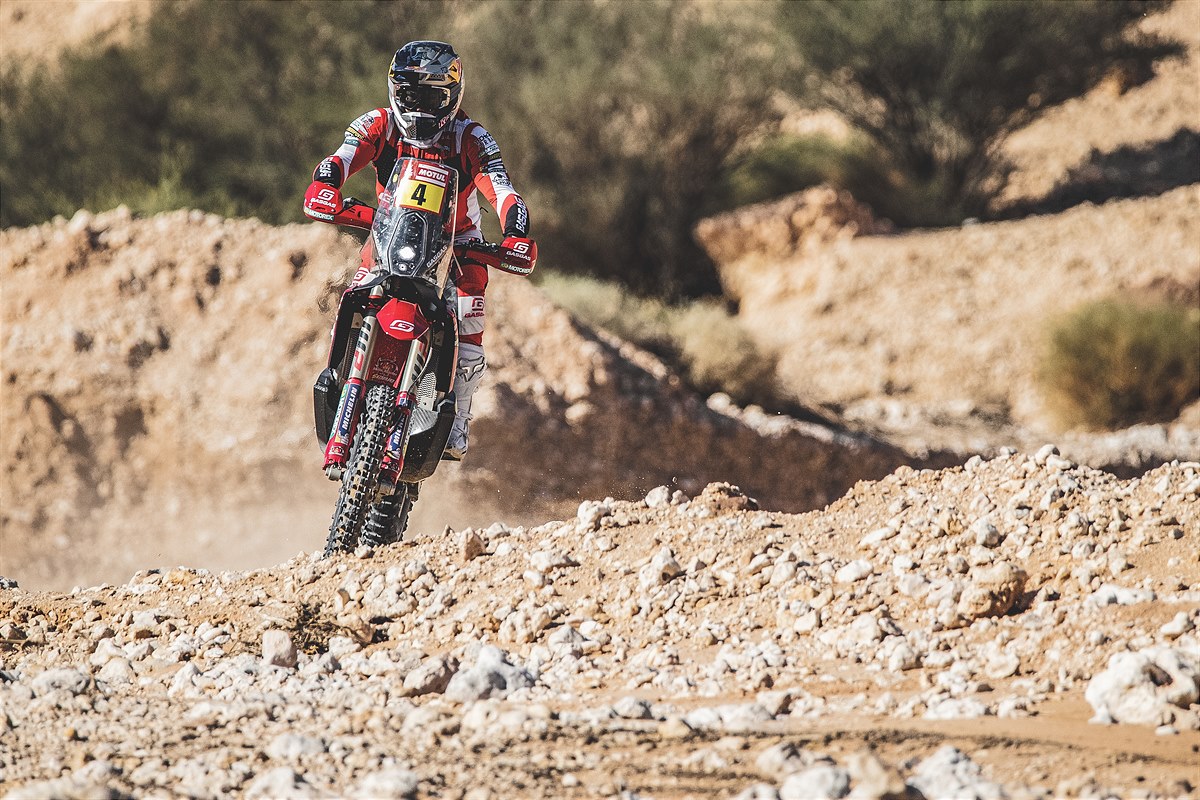 Australian Daniel Sanders has revealed that he dislocated his shoulder in a crash on Stage 5 of the Dakar Rally.

The GasGas Factory Racing rider finished the special with the 14th-fastest time, one position and 54 seconds behind team-mate Sam Sunderland, but had been leading until making a navigational error.

Sanders remains fourth overall at 8:01s back from Sunderland, who continues to lead the rally.

Fortunately for the Victorian, his shoulder went back into position of its own accord.

“Today started off really well and I was able to make up a lot of time before the fuel stop,” said Sanders, who faceplanted into his navigation screen on Stage 4.

“Then at Kilometre 270, I ended up passing the same waypoint twice, so I’m not sure if that was my mistake or not. After it happened, I knew that I had to just push on to the end.

“Unfortunately, and also fortunately, I crashed and my shoulder popped out but luckily it went back in by itself and I was able to continue on to the finish.

“It was a crazy day and I’m glad to have reached the finish line.”

Sunderland also battled, with neck and shoulder pain, after a heavy fall on the day prior.

“I knew I was in for a tough day after my crash yesterday, so it was a case of survival mode for me today,” said the 2017 Dakar champion.

“It was difficult for sure but as the stage went on I felt better and better and had a nice, strong pace through the sand near the end.

“Besides my crash, the race is going well so far. I’m still leading, which is great, but as we’ve seen there is some tricky navigation at times so it’s important to really focus on the roadbook and keep mistakes to a minimum.”

At Monster Energy Honda, Joan Barreda Bort, who has won two stages this Dakar already, is now in doubt after a big crash of his own in the latest hit-out.

“After the refuelling, around Kilometre 250, we entered a river and I think I hit my rear wheel on a stone and fell hard, hitting my left shoulder, in the collarbone area,” said the Spaniard, who is currently 10th overall.

“My team-mate Pablo Quintanilla helped me to get back on my feet and keep going. It was very hard to get to the end, especially in the dunes, but I made it to the end.”

Next up is another loop stage around Riyadh, later this afternoon (AEDT).