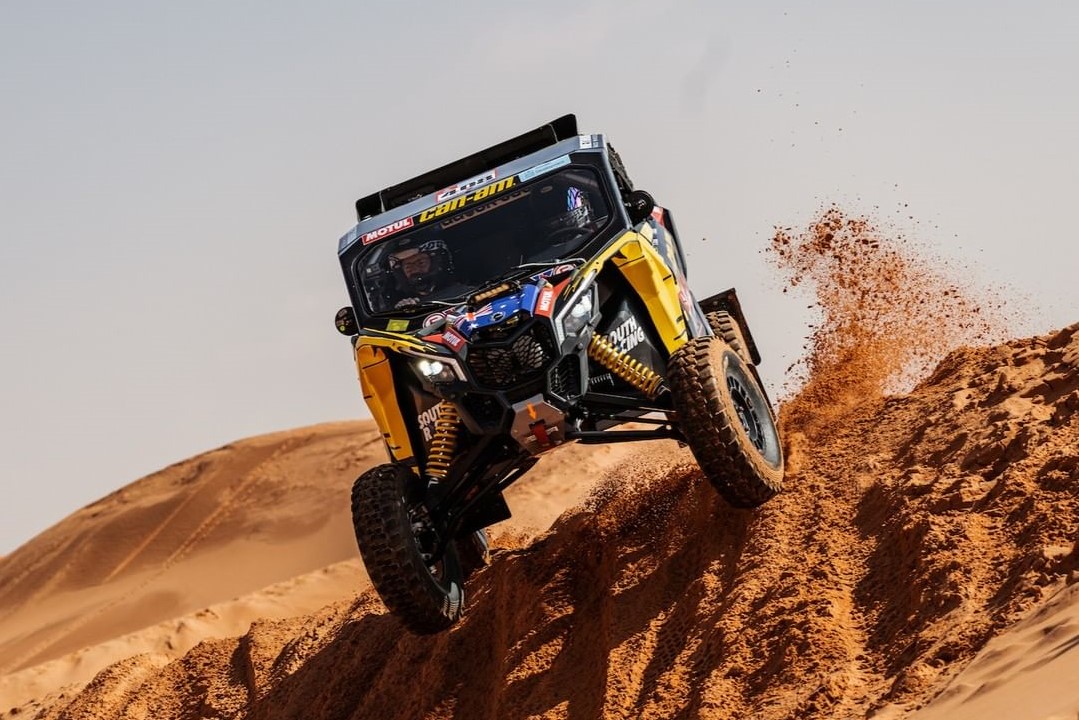 Molly Taylor has plummeted to 26th in the SSV contest thanks to an incident on Stage 4 of the Dakar Rally, when she had been running as high as fifth.

The 2016 Australian Rally Champion and co-driver Dale Moscatt were exactly three minutes behind the leader at the Kilometre 239 waypoint between Al Qaisumah and Riyadh.

It was then when they made what was initially a minor navigational error, before Taylor’s day unravelled entirely as she tried to make up for lost ground.

“Everything was feeling really good, and then, just under 200km into the stage – we’d passed two cars at that point – and then we lost our way a little bit at a junction and just had to turn around to look for the waypoint that we needed to get,” she recounted on social media.

“Those two cars we passed got back in front of us, so I was trying to hunt them down, we were catching them again, and I was just pushing a bit too hard, trying to catch them quicker than I probably needed to.

“[In] quite a fast sandy section, we were making good time, and it was just a big bump that I didn’t see until it was way too late.

“[I] just had a bit too much speed onboard, and had a pretty decent impact, damaged the car.”

According to Taylor, the impact caused a lower wishbone to be “completely banana-ed”, meaning they had to wait two hours for a support truck to arrive with spare parts for their Can-Am.

The light was fading once they got going again, without a windscreen, and with Taylor having to lift her dark visor to see.

That meant squinting through the sand and dust until they got hold of a pair of emergency goggles, all the way while trying to find their way in the darkness.

Taylor is now 26th overall at 4:39:40s off the pace, having started the day in eighth position.

“That dropped us way out of the top 10, which is disappointing,” he added.

“But that’s how it goes; we’ll learn from this one.”

Team-mate Austin Jones continues to lead the SSV race, by a margin of 4:13s. 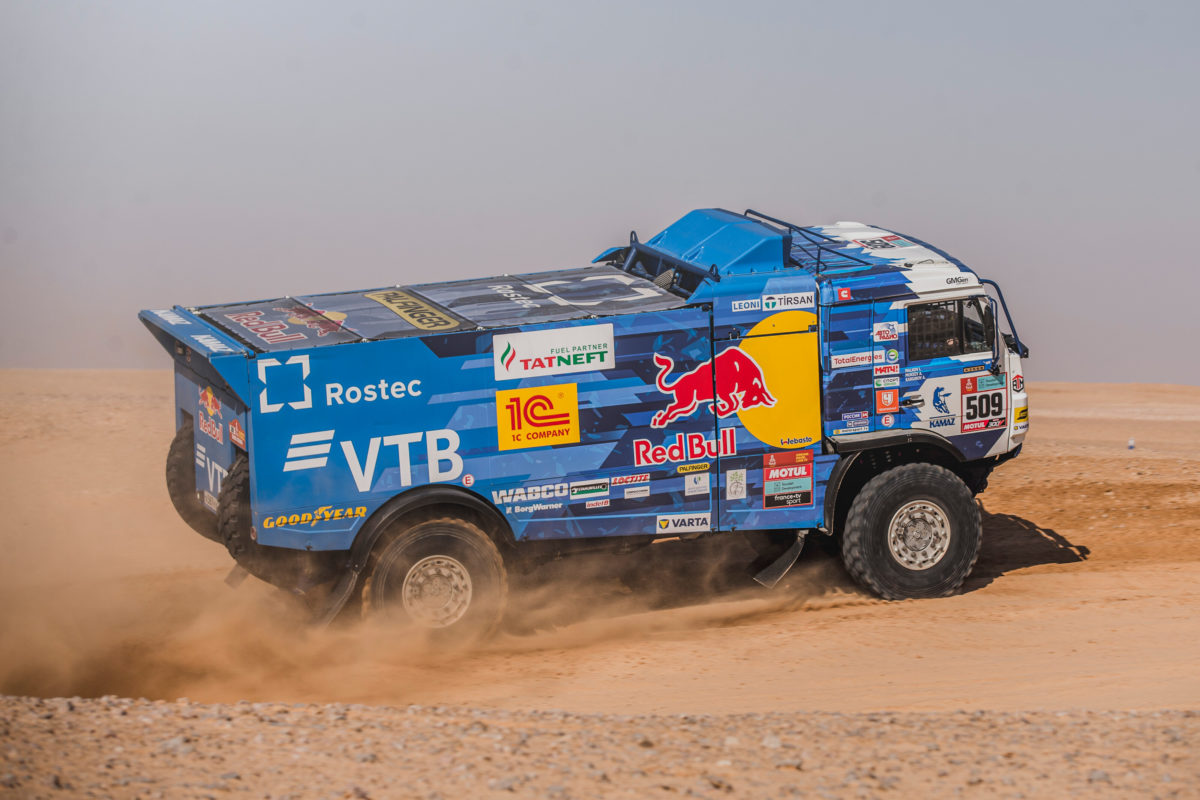 In the Trucks, Dmitry Sotnikov continues to lead overall, by a reduced, 7:10s margin over Kamaz-Master team-mate Eduard Nikolaev.

However, the Russian outfit no longer enjoys a lockout of the top four, with Andrey Karginov dropping to seventh overall after getting stuck in a river stream.