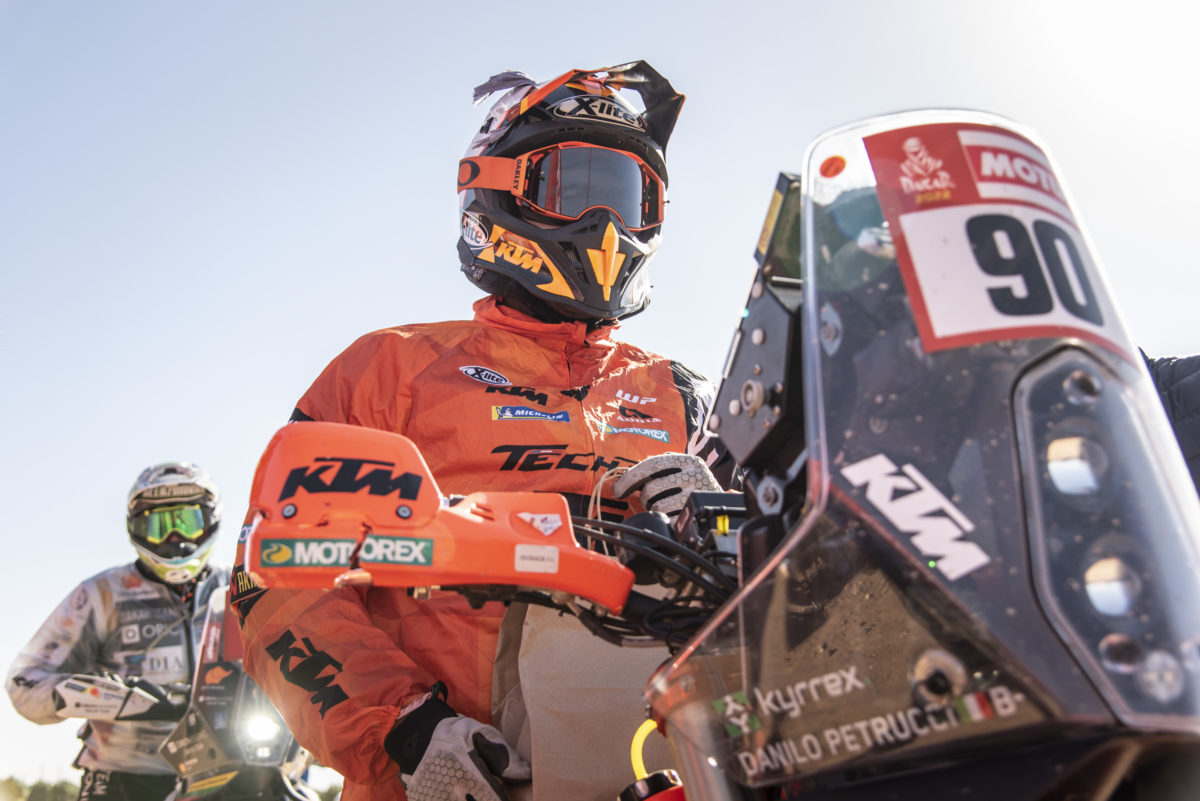 Danilo Petrucci has lost what would have been a career-first Dakar Rally stage podium as a result of a 10-minute penalty.

The two-time MotoGP race winner was initially classified third on Stage 4, the longest of the event, on his Tech3 KTM entry.

However, Petrucci was later pinged for speeding in a controlled zone, dropping him to 15th in the day’s classification.

It has been a challenging first Dakar Rally for the Italian, who looked like missing the event due to a positive COVID-19 test before that proved to be false.

He also broke an ankle in a recent training accident, and failed to make the finish of Stage 2 due to a technical failure.

With regulations having allowed him to rejoin the event with a big penalty, Petrucci is now 130th overall and 103rd in the Rally 2 group.

Daniel Sanders is top Australian in fourth overall on his own works GasGas entry, while Red Bull KTM’s two-time champion Toby Price has slipped to 16th.