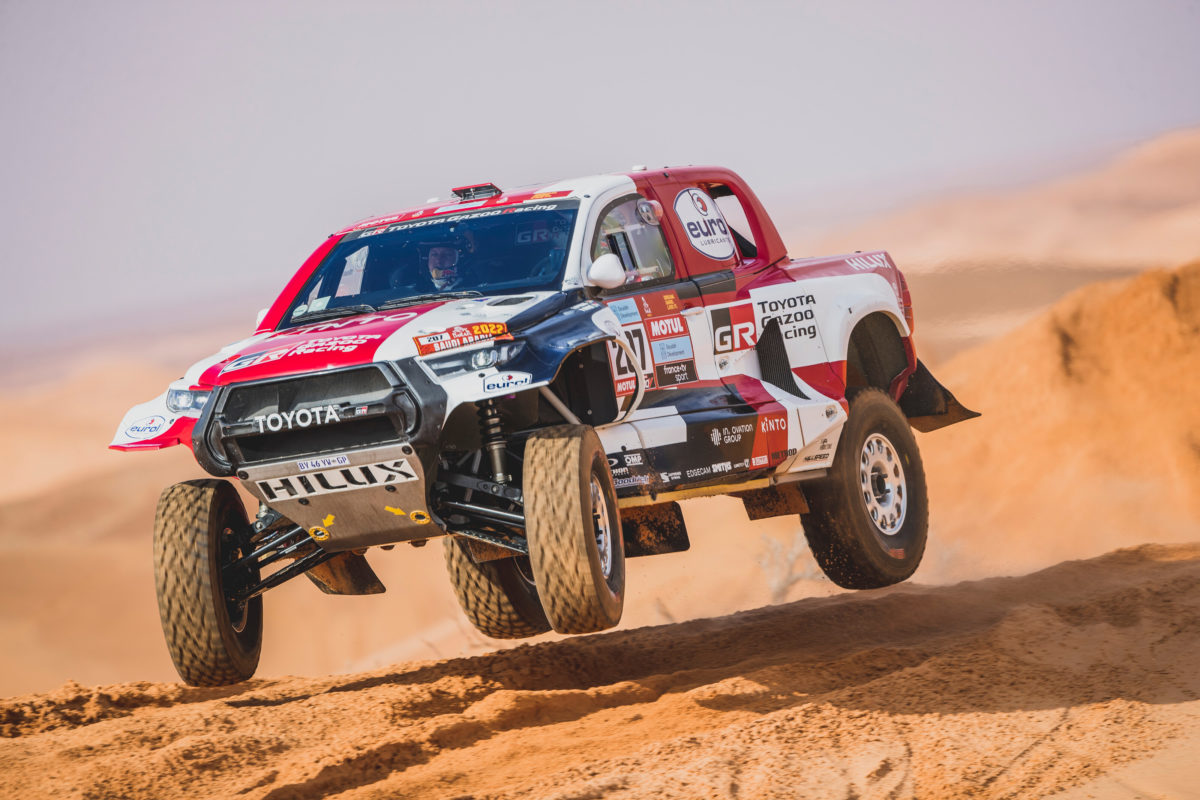 Giniel De Villiers has been hit with a five-hour penalty after running over a motorcycle, his second incident with a two-wheeler at the Dakar Rally.

The Toyota Gazoo Racing driver had already been issued a five-minute penalty for failing to check on a rider who he hit in a rocky section on the first stage of the event.

On Stage 2, he had a run-in with Moroccan rider Mohamedsaid Aoulad Ali while coming down a dune.

De Villiers did not strike Ali himself, but caused “major mechanical damage” to his KTM, according to stewards.

Stewards determined that the South African had committed a breach of Article 12.2.1h of the FIA’s International Sporting Code, which concerns “Any unsafe act or failure to take reasonable measures, thus resulting in an unsafe situation.”

De Villiers said he did not hear the Sentinel, the car-to-car warning system which is supposed to signal hazards, speculating that it may have been accidentally turned off by co-driver Dennis Murphy.

He also claimed to have not realised he had run over the motorcycle with his Hilux.

The South African has promised to pay for the costs of replacing the KTM, as well as the Moroccan rider’s entry fee for the 2023 Dakar Rally.

“We have not heard any alarm signal from Sentinel,” read a statement from De Villiers.

“We do not doubt that we have received a signal. The problem is that the button for the Sentinel is located on the floor of the co-driver’s side.

“During the Selective Section, the co-driver’s feet jump back and forth and can easily, accidentally press the button.

“When we came over the dune, we saw the motorcyclist and I avoided him so as not to hurt him.

“At the bottom of the dune, we turned around to make sure that the rider was not injured. We didn’t feel hitting the bike when we landed. Then we continued the Selective Section.

“We are very embarrassed that something like this happens. We apologise very much for this incident.

“We are also willing to compensate the cost to rebuild the bike.” 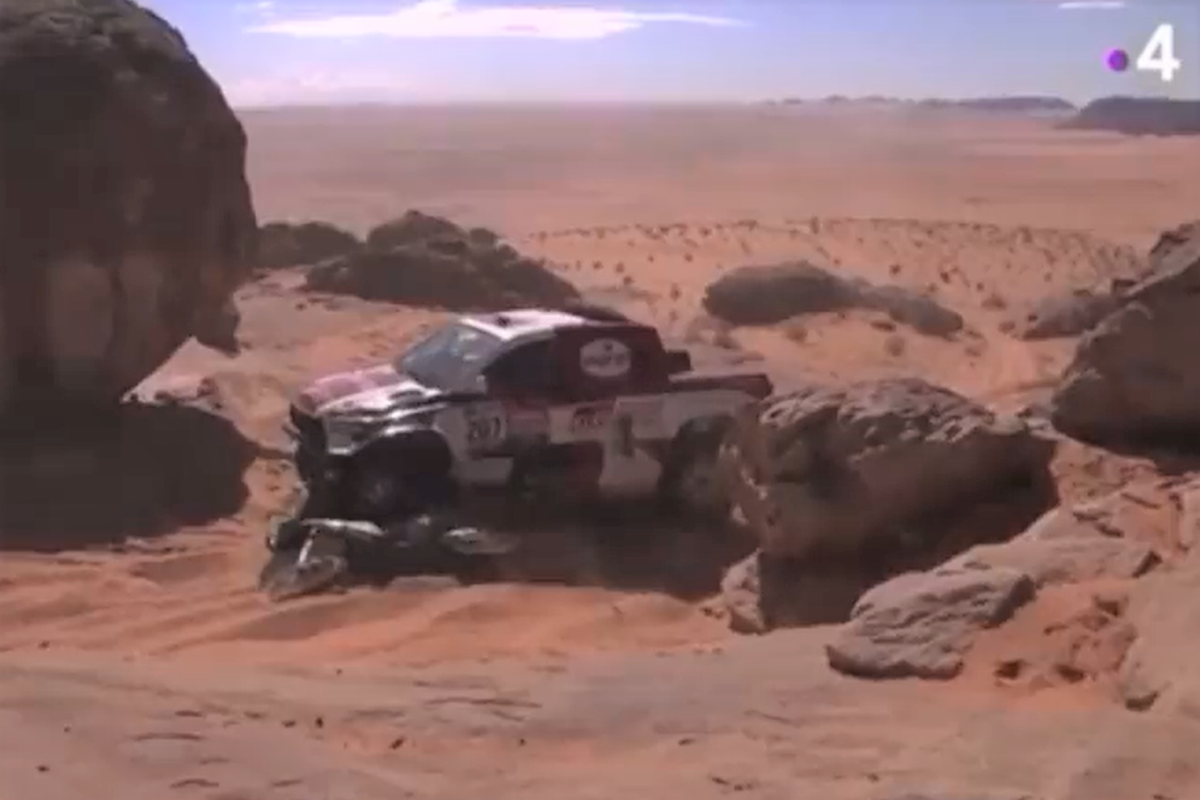 The first incident for which De Villiers was penalised. Picture: France 4

Unsurprisingly, stewards took a dim view of the incident.

“The Sentinel is essential for the driver’s safety and for the safety of all other competitors in Rally Dakar,” they noted.

“Safety is one of the major concerns by the FIA.

“Safety remains a key challenge and the FIA is committed to do everything possible to protect, among others, the drivers.

“It is the obligation of the crew to react to the signal of the Sentinel System to avoid danger to themselves and others.

“The Stewards consider the behaviour of the crew as an infringement of the regulation which must have consequences.

“Since Mr. de Villiers has voluntarily contacted the rider, apologised, and will pay for the damage caused, the stewards consider a time penalty to be necessary but also appropriate.”

De Villiers had been fourth overall, 49:17s behind rally-leading Toyota team-mate Nasser Al-Attiyah, before the penalty was added after the conclusion of Stage 4.

With the sanction, he drops to 38th in the classification.

De Villiers is four times a runner-up in the event, with 17 career stage wins to his name at Dakar.