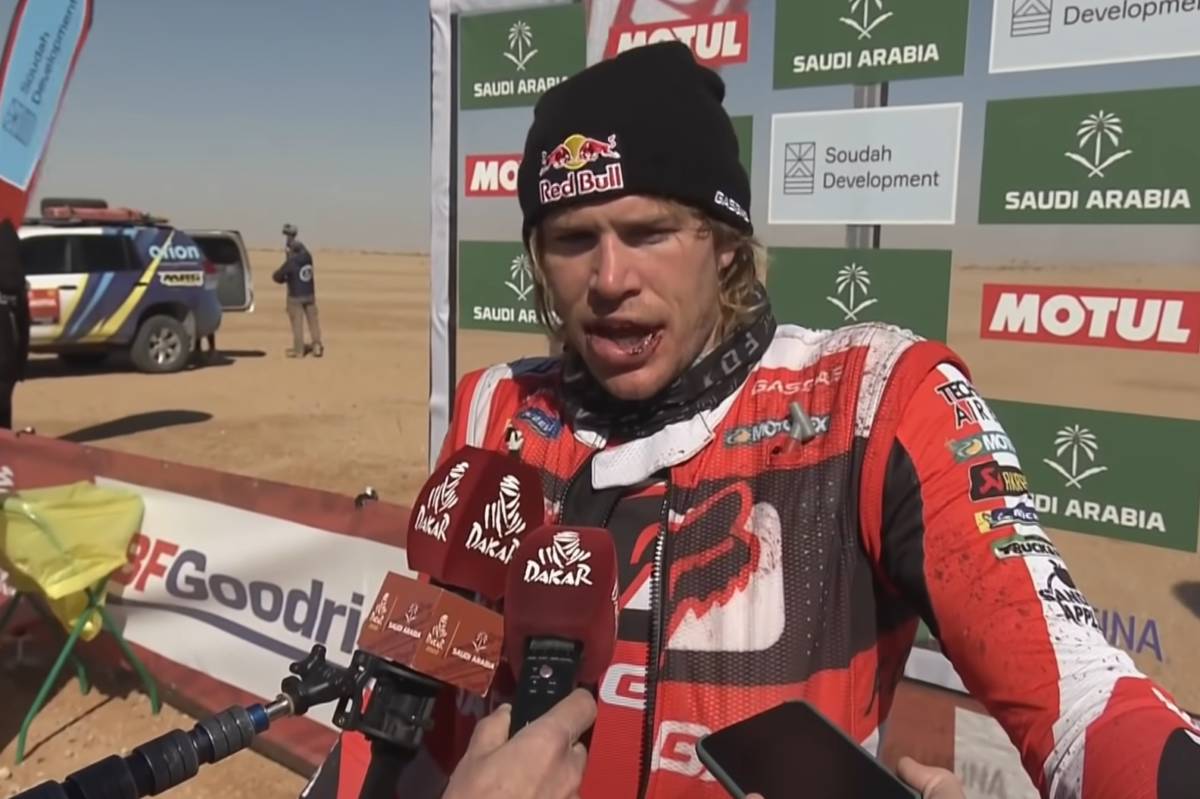 GasGas Factory Racing’s Daniel Sanders faceplanted his navigation screen on his way to the 17th-fastest time on Stage 4 of the Dakar Rally.

The Australian gave up 8:13s relative to team-mate Sam Sunderland, who continues to lead the rally, on the longest stage of the event, but is only 7:07s off top spot after an earlier penalty was reversed.

Sanders had hoped to not have to open the road on Stage 4, to the point that he gave up on a win on the day prior with a late picnic.

However, the 27-year-old found himself setting tracks for the rest of the Bikes field on the 465km special between Al Qaisumah and Riyadh anyway, prompting him to quip on social media, “a longer picnic was needed”.

That made navigation difficult, but his main problem seemed to be a crash off a sand dune.

“It worked out not too bad, the plan,” said Sanders.

“I caught the guys earlier than I thought. It was really tricky navigation at the start, at the refuelling.

“After this, I was in the pack and we tried to open the stage as fast as we could so we didn’t lose too much time to the other guys. We found one really tricky spot and I went on the right way, and so did Skyler [Howes].

“We opened a lot; for a fair bit we didn’t know where the other guys went. 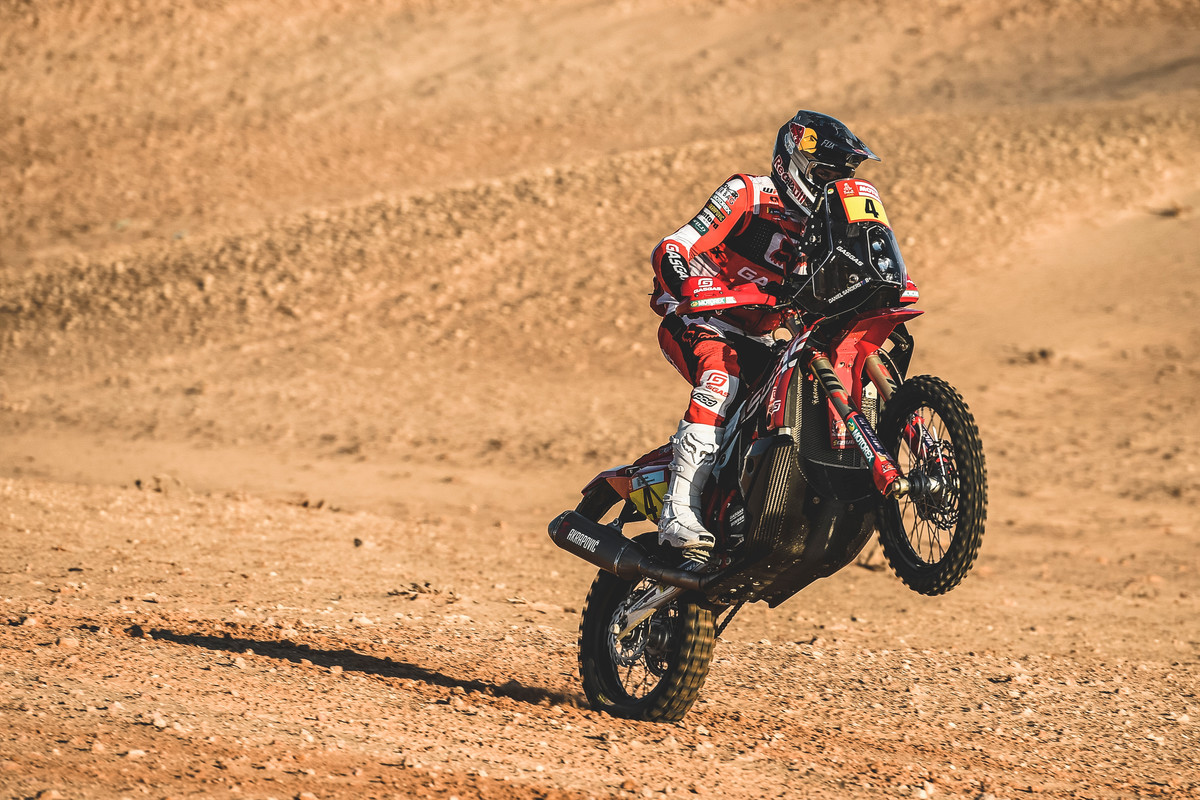 “While I was opening with Skyler, I landed off a dune jump on a mound. That’s why my face is like this. I face-planted the navigation screen on the front.

“It was a really rough day. I hit my head pretty hard, but I was really lucky I didn’t crash.

“The airbag went off and it was good to just regroup and get to the next refuel, finish strong and try not to lose too much time today because it was the biggest stage of the race. It was good fun.”

Sunderland was sixth on the day (originally classified seventh) and extended his rally lead to exactly three minutes over the Bikes field, but the 2017 Dakar champion did not have it all his own way either.

“Things were going well today until I had a small crash in a riverbed while checking my roadbook,” he explained.

“I just clipped a rock and that was all it took to take me down.

“I was able to get up pretty quickly, just as Barreda [eventual stage winner Joan Barreda Bort] came by, so I latched onto him to the finish.

“I’ll get some rest now and prepare myself for tomorrow.”

Next up is a 560km loop around Riyadh which includes a 346km special.