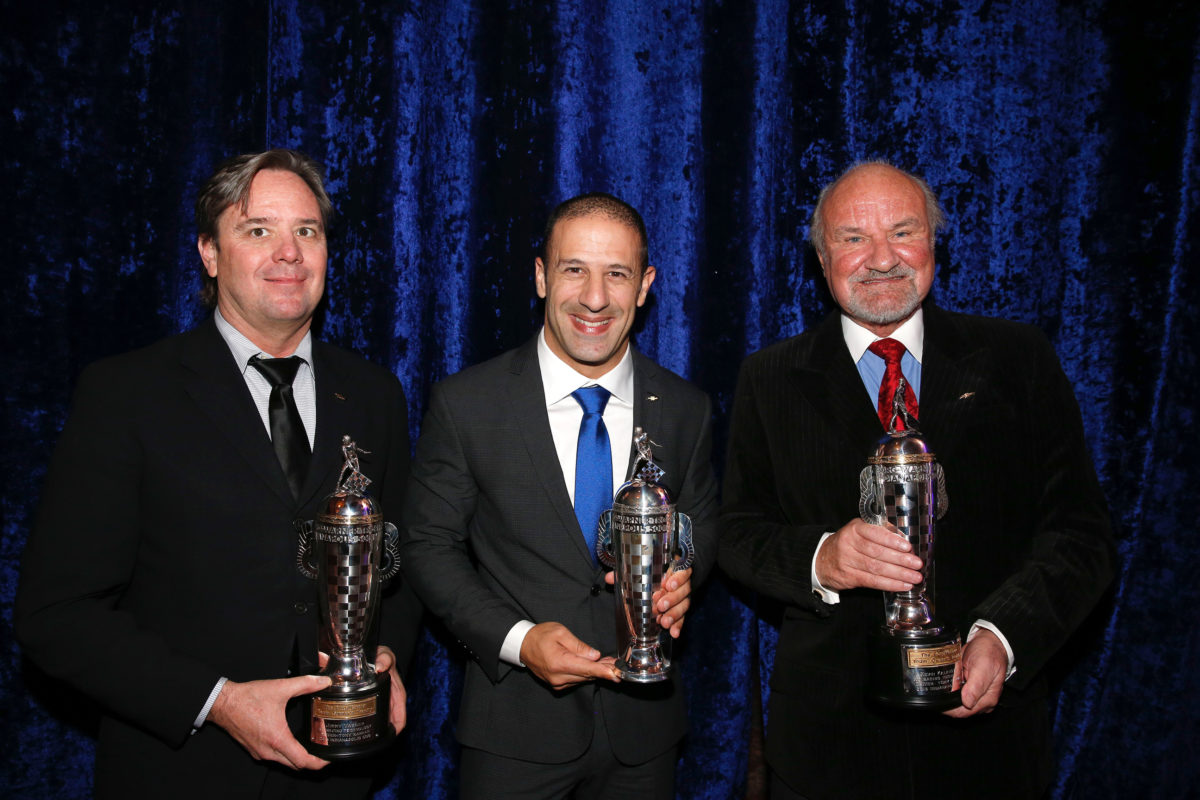 (left to right) Jimmy Vasser, driver Tony Kanaan, and Kevin Kalkhoven with their Baby Borg-Warner Trophies for winning the 2013 Indianapolis 500, in 2014

The 1996 CART champion was the ‘V’ in KV Racing Technology (KVRT) for most of its 14-year existence, during which time it won the 2013 Indianapolis 500 with Tony Kanaan as driver.

“He showed how life was to be lived. He was a great partner and dear friend.

“I will always miss his mischievous smile and uproarious laughter. Rest In Peace, Dear Friend.”

KVRT debuted in CART in 2003 as ‘PK Racing’, before Vasser and Dan Pettit replaced Craig Pollock as co-owners ahead of the 2004 campaign.

The squad continued to compete until the end of the 2016 IndyCar Series, with Kalkhoven citing old age and hence his inability to properly commit to the team as the reason for its closure.

McLaren CEO Zak Brown took to Twitter with a tribute of his own, which also recognised the Adelaide native’s success in business and philanthropic work.

“Deeply saddened at the loss of Kevin Kalkhoven,” he wrote.

“An Indy 500 winner, owner of Champ Car, Cosworth and the Long Beach Grand Prix, Kevin was a major force in motorsport but also a great colleague and friend, whose business success was mirrored by his generosity to great causes.”

Kalkhoven co-owned the Champ Car World Series in its final years, having rescued it from bankruptcy ahead of the 2004 season.

Others to acknowledge Kalkhoven in the wake of his death at 77 years of age include current IndyCar Series owner Roger Penske, IndyCar executive Mark Miles, Cosworth CEO Hal Reisiger, and Speedcafe.com owner Brett ‘Crusher’ Murray, the latter of whom had KVRT run his Pirtek Team Murray entry at the 2016 Indianapolis 500.