Price ‘going in the right direction’

Price ‘going in the right direction’ 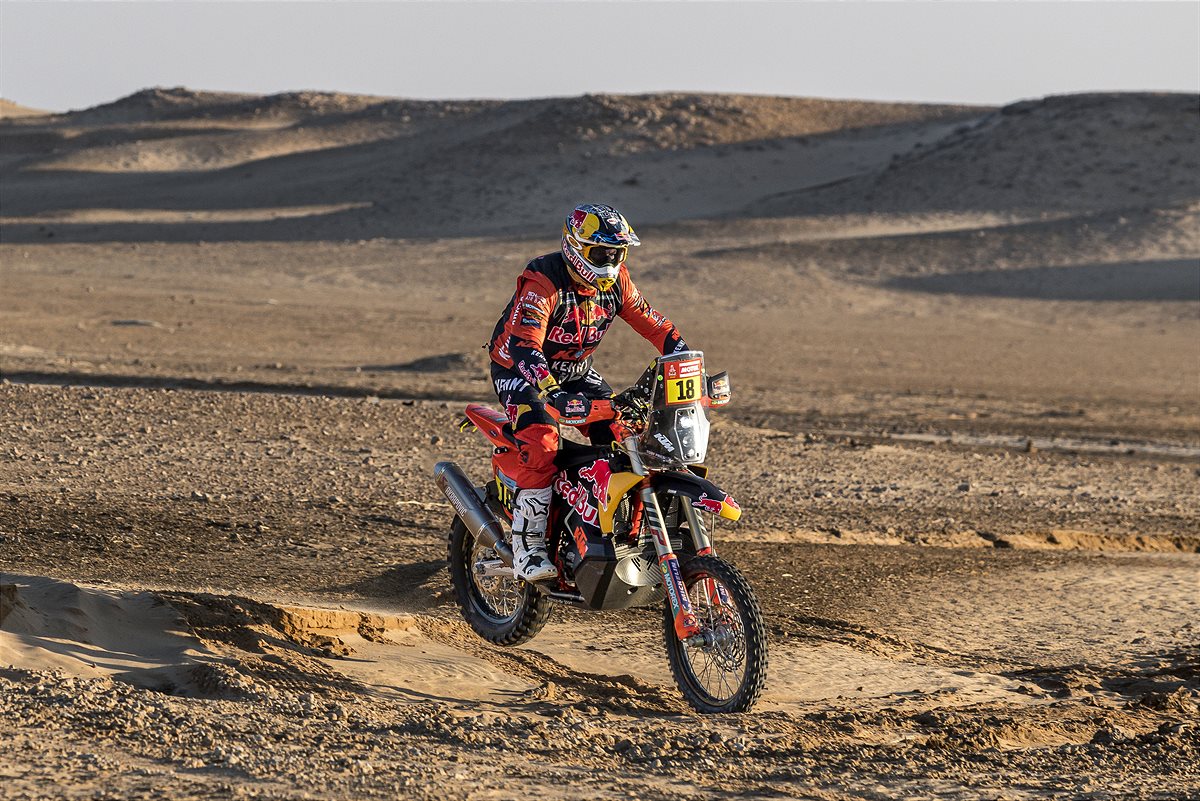 Toby Price is “going in the right direction” after clawing back more time in his bid for a third Dakar Rally crown.

The Red Bull KTM rider was second-fastest on Stage 3, around Al Qaisumah, and has closed to 26:21s off the overall lead, which is held by GasGas Factory Racing’s Sam Sunderland.

Price had been as much as 47:17s away from top spot, when he was one of several riders to get lost on Stage 1B, but hacked almost 15 minutes from that margin on Stage 2 and another six minutes in the latest special.

“Today has been a good day – super fast, so you can’t really make up time on anyone,” said the Australian.

“We had some lines in the dunes that you could see, so I just tried to make a good clean stage and not make any big mistakes.

“I did have one little get-off, but other than that, nothing major.

“The results are close, but we’re going in the right direction, and we’ll see what tomorrow brings.”

Stage 4 is the longest of the rally, with a 465km special which takes the field down to Riyadh.

With that in mind, Price’s compatriot Daniel Sanders decided to have a picnic so that he did not win Stage 3, and hence avoided the burden of opening the road the next day.

The GasGas rider is fifth overall, 8:54s behind team-mate Sunderland, while KTM’s best in the rally classification is 2018 champion Matthias Walkner in third spot.