Stage 3 was shortened due to heavy rain around Al Artawiyah, reducing the special stage by around 100km. It was a blessing for Andrew Houlihan, who is still suffering from his high-speed crash in the sand a day earlier.

I’m happy to have made it to the end of Stage 3.

It was a cold and long ride to the start of the special stage, around 260km in the dark. The route was changed because of the flooding around Al Artawiyah.

But, once we got into the stage, there were some very fast, open sand tracks which made the day go quick. There were also a quite a few rocks hidden in the sand which you had to be super careful of.

There was nothing too difficult today. There were a lot of dunes and a few big ones but I was very careful and slow.

When I crashed yesterday, I had to get assistance from another rider to get my bike back upright and I didn’t want to have to stop someone again if I fell today. So, I was grateful for a shorter and easier day.

I got back into the bivouac at about 3:30 feeling exhausted, and then the afternoon ritual kicked in – food, shower, massage, more food, another light massage and then much-needed sleep. 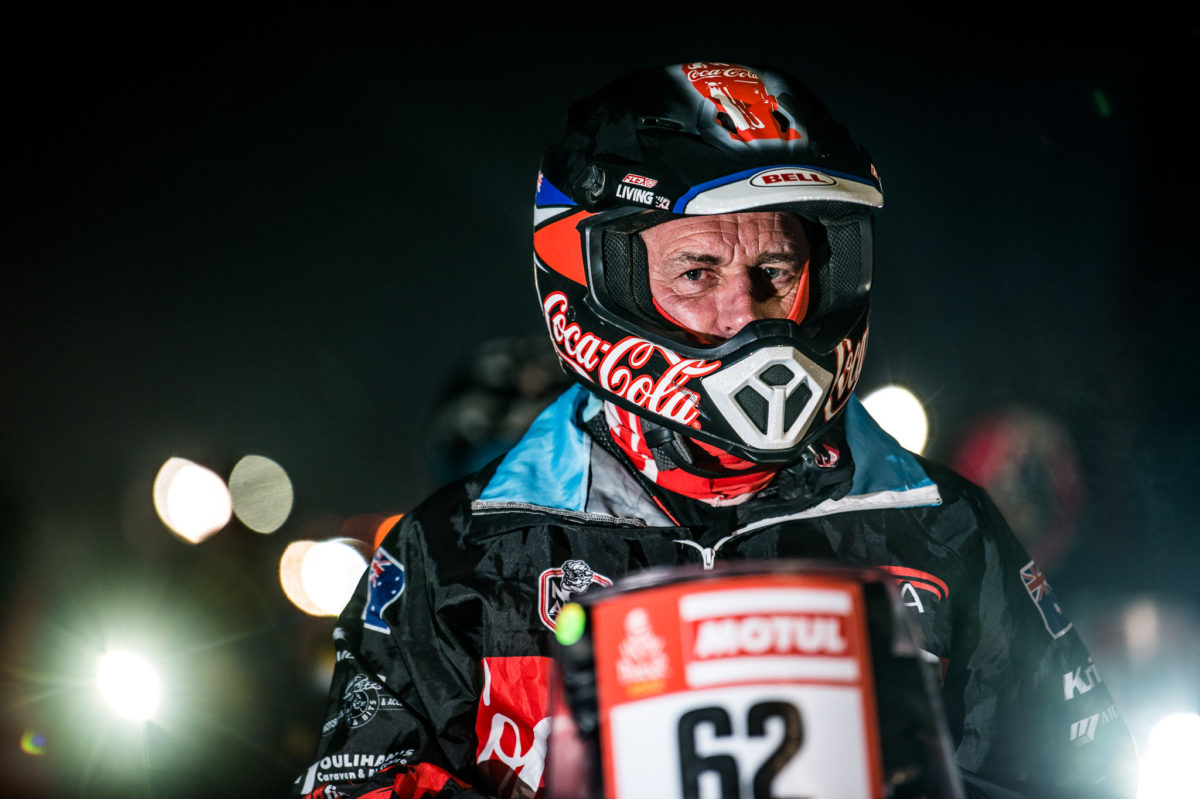 I managed 86th in the Rally 2 group today, which keeps me 85th in the group. I think we’re still sitting around 112th overall in the combined GP and Rally 2 groups. That’s OK, especially at this stage of the rally. We keep saying it – there’s a long way to go yet!

We’ve been here in Al Qaisumah for two nights, and tomorrow we ride to Riyadh.

It’s a fairly long day and the longest special of the entire rally, around 465km and we should start hitting rocky sections tomorrow. But once we’re there we spend four nights in the same bivouac, including the rest day.