‘Bittersweet’ top 10 for Taylor on Stage 3 of Dakar

‘Bittersweet’ top 10 for Taylor on Stage 3 of Dakar 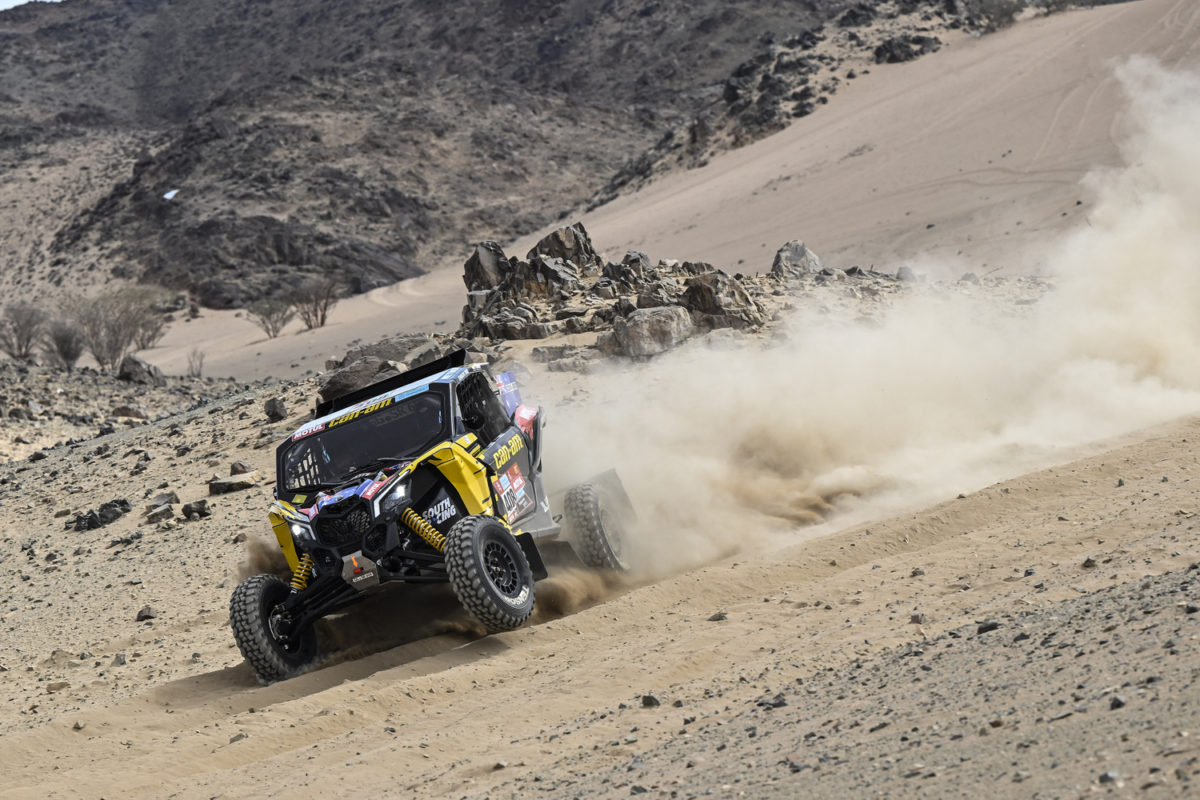 Molly Taylor has a third top 10 after just the fourth day of competition in her debut Dakar Rally campaign, but it was a “bittersweet” outing.

Competing in the SSV class with fellow Australian Dale Moscatt as co-driver, she set the 10th-quickest time on Stage 3, a 255km special around Al Qaisumah.

The performance saw Taylor up another two positions to eighth overall in her Can-Am Factory South Racing entry, but it could have been so much better.

“We almost made it back [to the bivouac] in daylight today,” began the 2016 Australian Rally Champion on Instagram.

“But, [we] had to do a few driveshaft changes on the side of the road on the liaison and eventually drive back with three driveshafts because then we ran out of driveshafts, so we’re a little bit later than we planned.

“But, all in all, a bit of a bittersweet day, I think. The day started off really, really well; we were running in the top five up to the 170km mark, a lot of sand dunes, really fun stage…

“Everything was going in a really nice rhythm, the navigation was going really well, and then we had a really funny noise in the front.

“I thought it was a driveshaft at first, but then it was something internal in the diff, so we lost a bit of drive, which was really tricky when we’re going through massive dunes in the last 70km or whatever.

“Trying to get up there without all the four-wheel-drive was quite a challenge, and then somewhere during that period as well, we lost a rear driveshaft, which was even more challenging to try and keep the car in a straight line and get up the dunes.

“It was probably some of the sketchiest moments that I’ve had driving, certainly out here in the desert, but just in general, because you’re trying to pitch the car at these really steep crests without the drive to be able to do that.

“You really had to try and work out your line and get the biggest run-ups you can, and I’m just really happy that we made it through.”

For the first time this year, Trucks was not a Kamaz-Master top four lockout on the stage, although that remains the case in the overall standings.

Dmitry Sotnikov won the stage and continues to lead the rally, by 11:45s over Eduard Nikolaev.

Next up is the longest stage of the rally, the 465km special taking the field south to the Saudi Arabian capital of Riyadh, with a mixture of fast tracks, dunes, and a rocky finish.