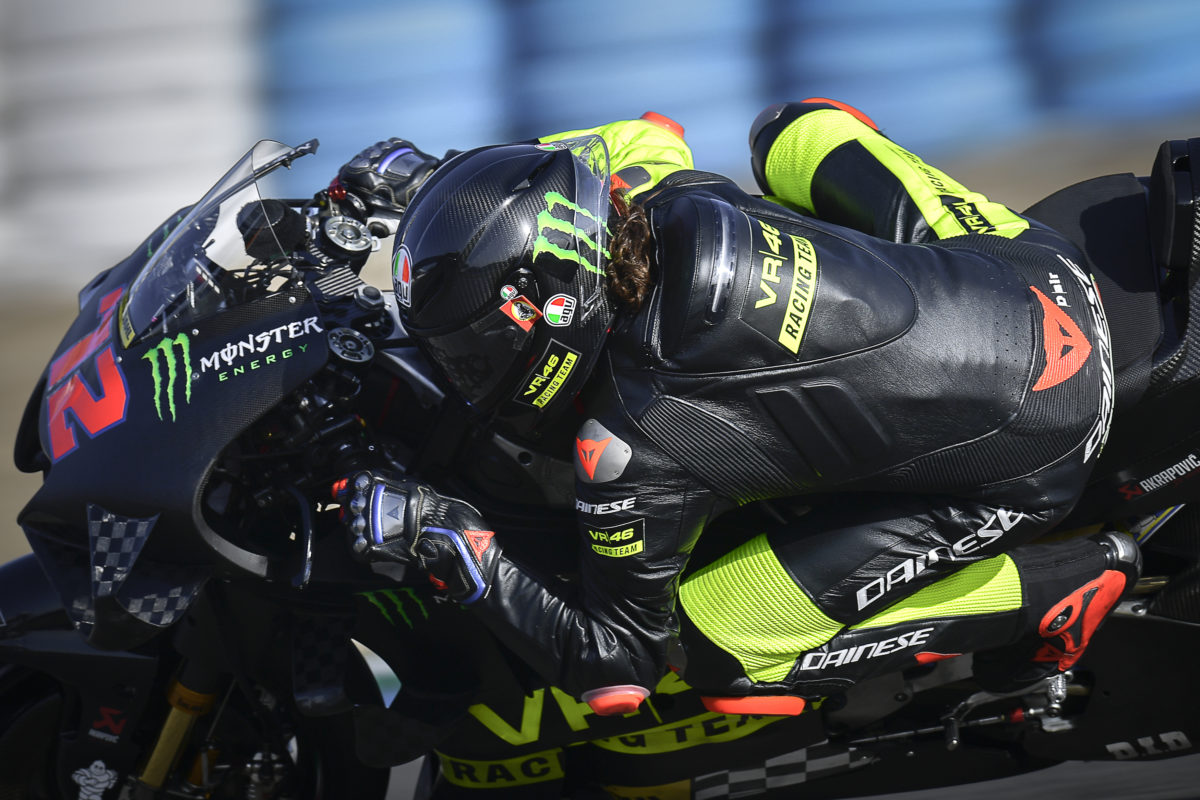 The Mooney VR46 Racing Team has revealed its structure ahead of its debut season in MotoGP.

As has long been known, Valentino Rossi’s squad will field Luca Marini and rookie Marco Bezzecchi on Ducatis for its first season in the premier class in its own right.

Alessio Salucci, already director of the VR46 Riders Academy, will be team director, while Pablo Nieto is team manager for the MotoGP programme, Luca Brivio is promoted to team manager for Moto2, and Alberto Tebaldi is CFO.

The positions were confirmed in conjunction with a further announcement on the title sponsorship of Italian banking and payments company Mooney, which fills the gap left by Aramco.

It has also been revealed that Mooney will back Rossi’s own car racing exploits and the rest of the VR46 Riders Academy.

“I am happy to have at our side from the upcoming season an Italian company like Mooney, leader in the field of proximity payments and with we share the strategy of developing the young Italian talents together with the research for a constant improvement in the performance,” said Rossi.

“Mooney, in addition to being the title sponsor of our team in the MotoGP and Moto2 World Championship, will also join us the VR46 Riders Academy and in my first four wheels racing season.”

Aramco had originally been announced by a company representing Saudi Prince Abdulaziz bin Abdullah Al Saud as VR46’s future title sponsor back in April 2021, only for the state-controlled oil company to deny any knowledge of the deal.

After a series of no-shows by Tanal Entertainment Sport & Media, which made that initial announcement, for promised press conferences, a replacement backer in Mooney was finally named late last year.

Marini will this year enjoy Ducati’s latest motorcycle, the Desmosedici GP22, after riding an older version in VR46 colours at Esponsorama Racing in 2021, while Bezzecchi gets the GP21.

In Moto2, VR46 will have representation in two teams, the other being an extension of the partnership with Rossi’s long-time employer known as the ‘Yamaha VR46 Master Camp’.

The Master Camp team will field Keminth Kubo, who it has brought up from CEV competition, and former Supersport World Championship rider Manuel Gonzalez.