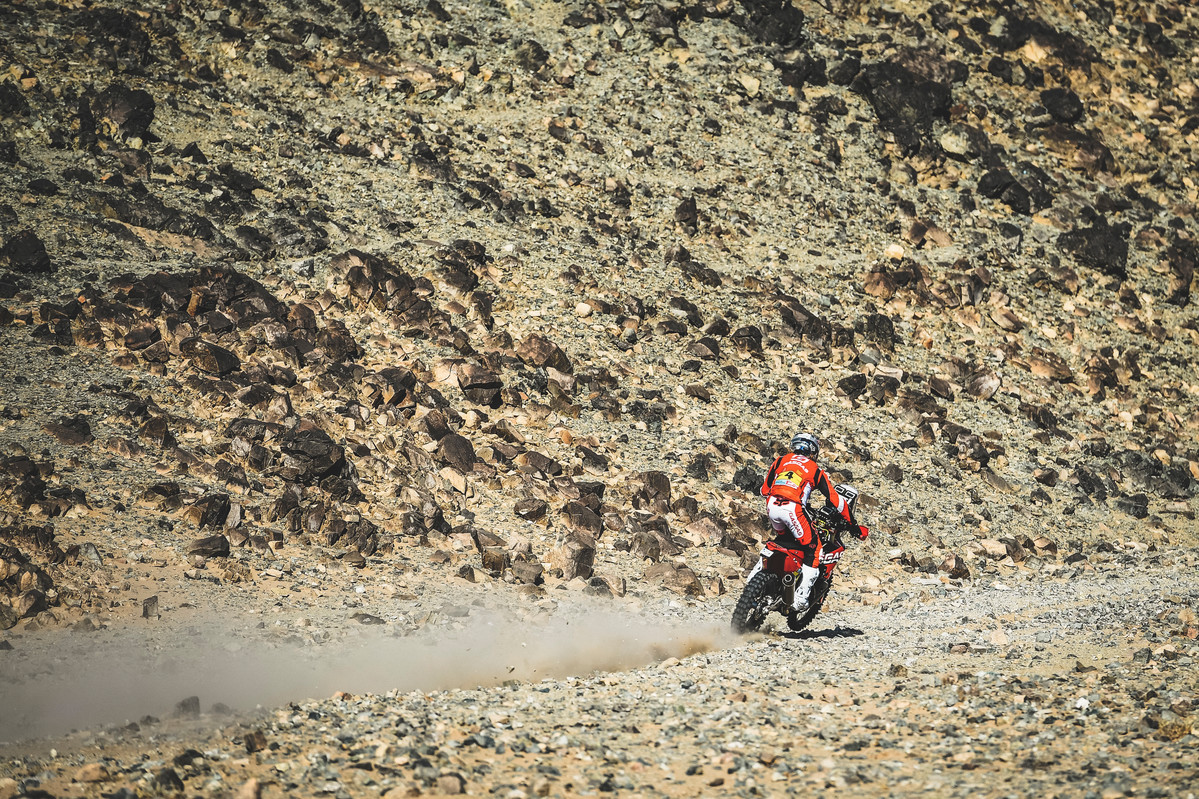 Daniel Sanders limited the damage caused by a navigation error on Stage 2 of the Dakar Rally by jumping a canyon.

The Australian lost the rally lead, which is now held by GasGas Factory Racing team-mate Sam Sunderland, but he is still well in touch in third spot overall at 3:29s off the pace.

Sanders faced the dubious honour of leading the field out for the 338km special between Ha’il and Al Qaisumah after winning both the prologue (Stage 1A) and Stage 1B in just his second Dakar campaign.

Unsurprisingly, he ceded time as soon as Stage 2 got underway, and it got even worse when he lost his way between the Kilometre 200 and Kilometre 244 waypoints.

There, the 27-year-old dropped almost 19 minutes relative to eventual stage winner Joan Barreda Bort, but it could have been even worse if not for a brave decision.

Instead of turning back, Sanders opted to jump his GasGas RC 450F clean over a canyon, after which he charged to the finish line.

“Today was pretty wild to begin with as it was pretty cloudy and the stage was super-fast early on,” he recounted.

“I had a good day going until after a fuel stop where I went down the wrong side of a canyon and lost a little bit of time.

“In the end, I had to jump over it to get out of it but once back on the right line I pushed on to the finish.

“A little frustrating but I was able to make up some time in the dunes so all in all, not a bad day really.” 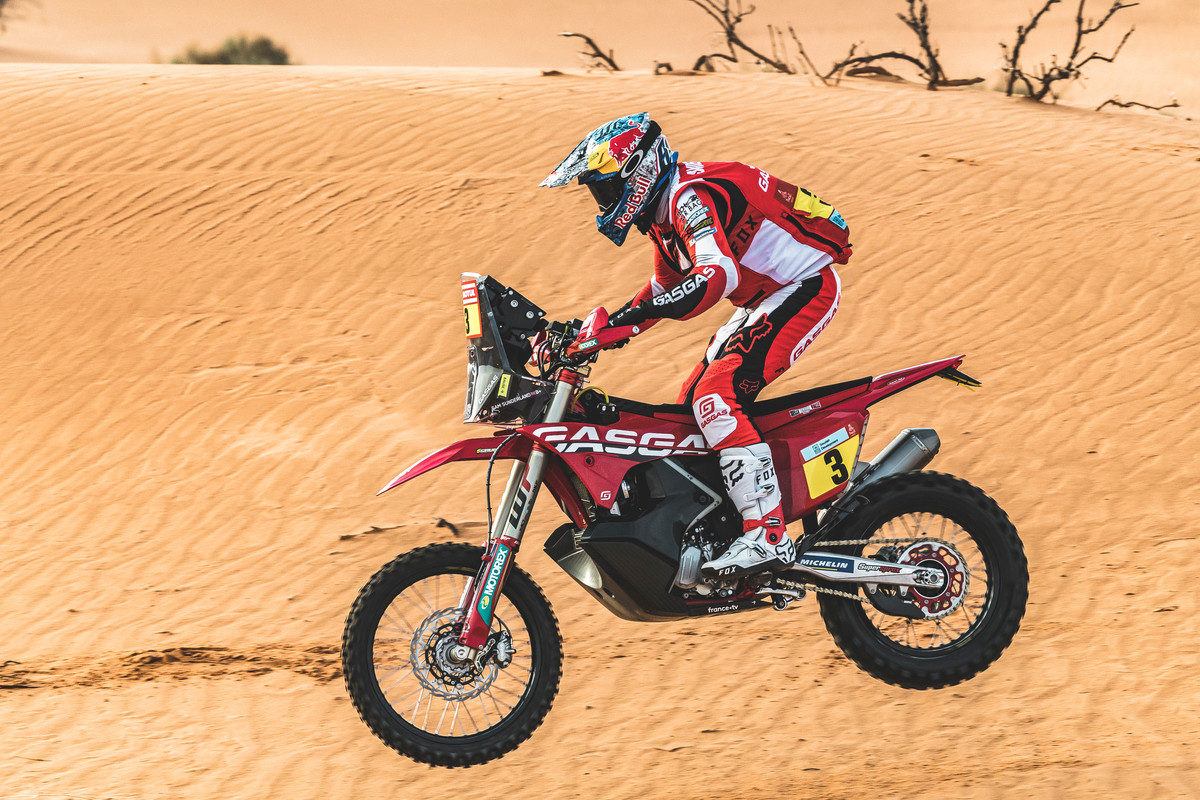 Sunderland went from sixth overall to 2:51s up on Adrian Van Beveren at the head of the field after setting the second-fastest stage time.

“It was an interesting day today and it certainly went a bit more smoothly than yesterday, which is what I wanted,” said the 2017 Dakar champion.

“I started sixth and focused on just pushing hard to catch the leaders. There was some tricky navigation, but I figured out the way pretty quickly and caught up to Van Beveren.

“We then caught up with a few more of the leading guys so from there onwards we took it in turns to navigate and it was a pretty cool way to end the stage.”

Red Bull KTM Factory Racing’s Toby Price gained almost 15 minutes relative to the overall lead after being fifth-fastest on the day, and trails Sunderland by 32:48s in the general classification.