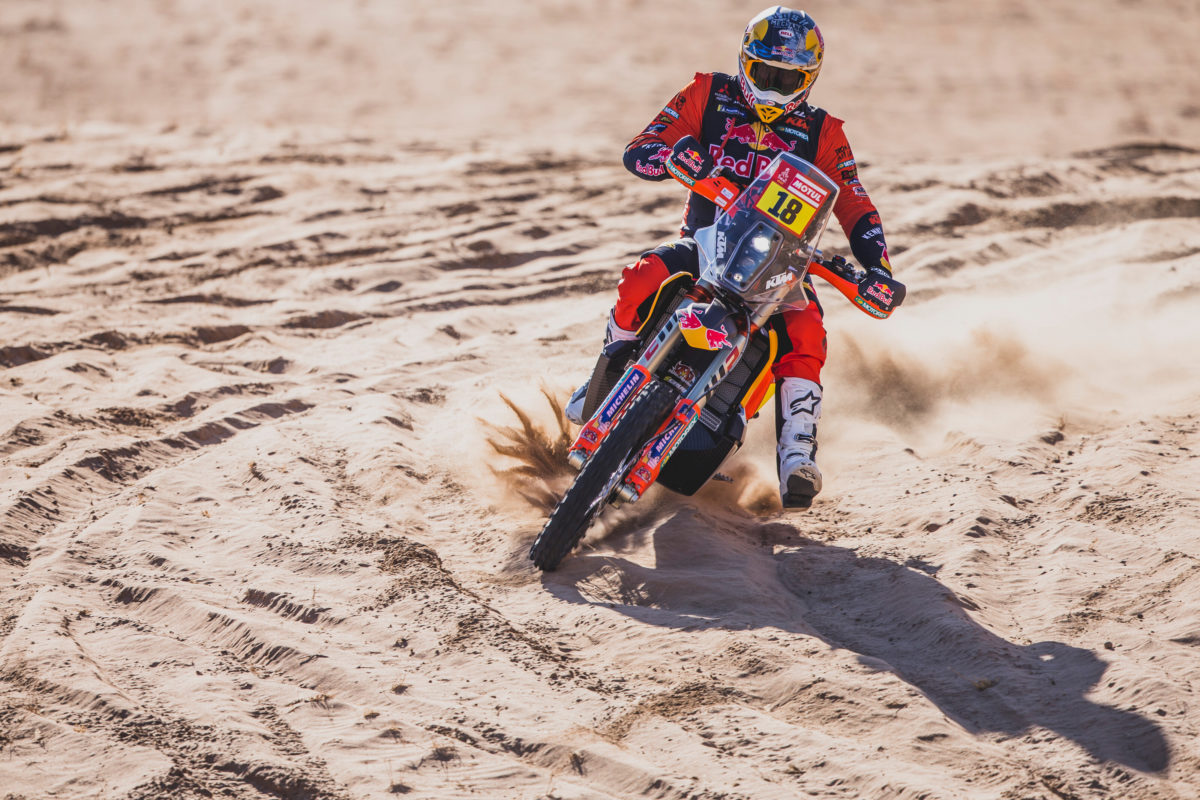 Stage 3 of the Dakar Rally has been shortened as a result changes necessitated by flooding which also caused the cancellation of the Marathon stage rules.

Stages 2 and 3 were to have been run under Marathon conditions, meaning competitors would have not been allowed outside assistance, but that rule was dropped due to flooding in the Al Artawiyah bivouac.

Furthermore, the upcoming special stage has been shortened by around 100km to 255km, given the post-Stage 2 bivouac was moved to Al Qaisumah.

“Stage 3 has been modified due to the heavy rain that soaked a part of the region around Al Artawiyah and will therefore be shortened in relation to the initially planned route,” read an update from Dakar organisers.

“The special will now start at the point where CP1 was to be situated, reducing the timed section by one hundred kilometres.

“On a loop around Al Qaysumah, the competitors will initially travel along a 214 km link section that will take them to the start of the 255-km special, before returning along a 166-km link route.

“On the menu, there will be sand which, thanks to the rain, will be heavier and provide better carry. However, there will also be chains of dunes through which the competitors will have to wind as well as climb over a distance of 30 km, classed as level 2 difficulty, meaning today the riders and drivers will be faced with sandy behemoths.”

Monster Energy Honda’s Joan Barreda Bort will lead the field out given he was the most recent stage winner in the Bikes, followed by GasGas Factory Racing’s new rally leader, Sam Sunderland.