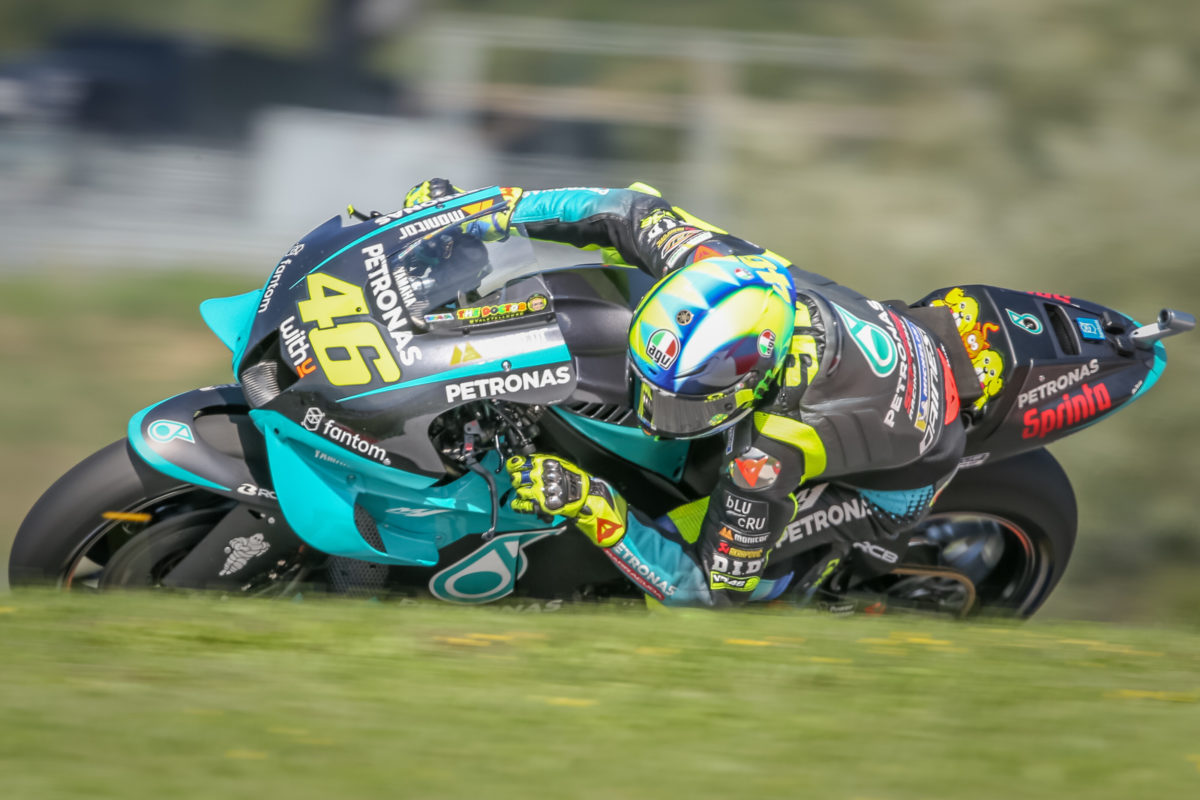 Valentino Rossi’s final MotoGP season was “totally valid” despite being a lacklustre one in terms of results, according to Yamaha managing director Lin Jarvis.

Rossi saw out his career as a rider with a single season for satellite team SRT, albeit on a Yamaha contract and a 2021 YZR-M1 motorcycle, unlike on the other side of the Malaysian squad’s garage.

The seven-time premier class champion had made the switch from the factory team after a poor 2019 season which had already left him considering his future, and unwilling to commit to another contract before the start of the 2020 campaign.

He would finally sign on again in September 2020, but announced his retirement when the 2021 season resumed from its summer break, a decision which he put down to his results being “less than what we expect”.

Indeed, Rossi finished in the top 10 only once in that first half of the season, and then only three times more after calling time on his glittering career, with an eighth in the Austrian Grand Prix his best result of the year.

The final outcome of 18th in the championship was also a new low point in his career, having ended up 15th in 2020 when he missed two races due to becoming infected with COVID-19.

However, Rossi also won four riders’ championship titles with Yamaha, the first of those breaking a 12-year drought for the Iwata marque.

Jarvis insists there are no regrets in fielding the Italian for one last year, even if comparisons with his replacement, Fabio Quartararo, and now ex-Yamaha rider Maverick Viñales were not favourable.

“26 years in the paddock, 16 years with Yamaha in two different terms,” he notes.

“Obviously, Valentino wanted to start [2021] with the energy and effort to try again, because [2020] was COVID, it was weird, we started in July, we had 14 races, there were no spectators.

“There were many, many things going on, so Valentino really wanted to try to do a full season and to see if he could still be competitive.

“But it was clear in the early stage of the season the level had been raised again, all the young riders were getting faster and faster; Fabio was incredibly fast, Maverick won the first race, et cetera.

“So, it was never easy for him from the beginning of the year, and I’m sure he will be the first to admit the season was disappointing for him in terms of pure points, pure results.

Jarvis’ comments represent a stark contrast to those of SRT boss Razlan Razali, who told German media, “I shouldn’t have taken Valentino”.

While Rossi struggled in 2021, Quartararo wrapped up a maiden championship title with two races to spare.

Viñales’ bright start in the form of his first-up Qatar Grand Prix victory fizzled into a series of poor performances before he was granted an early release from his contract, effective the end of 2021.

However, his exit from Yamaha was further hastened when he deliberately tried to damage his engine at the Styrian Grand Prix and was ultimately cut loose, but resurfaced three rounds later at Aprilia Racing Team Gresini.

As such, Monster Energy Yamaha is this year comprised of Quartararo and another ex-SRT rider in Franco Morbidelli, Andrea Dovizioso and Darryn Binder share the garage at the RNF MotoGP Team which was born out of SRT, and Viñales is in the now in-house Aprilia factory squad alongside Aleix Espargaro.

Rossi’s presence on the MotoGP grid will take the form of the VR46 Racing Team, which will field Ducatis for Luca Marini and Marco Bezzecchi.

Official pre-season action for 2022 commences on January 31 when the Shakedown Test, for test riders and rookies, gets underway at Malaysia’s Sepang circuit.