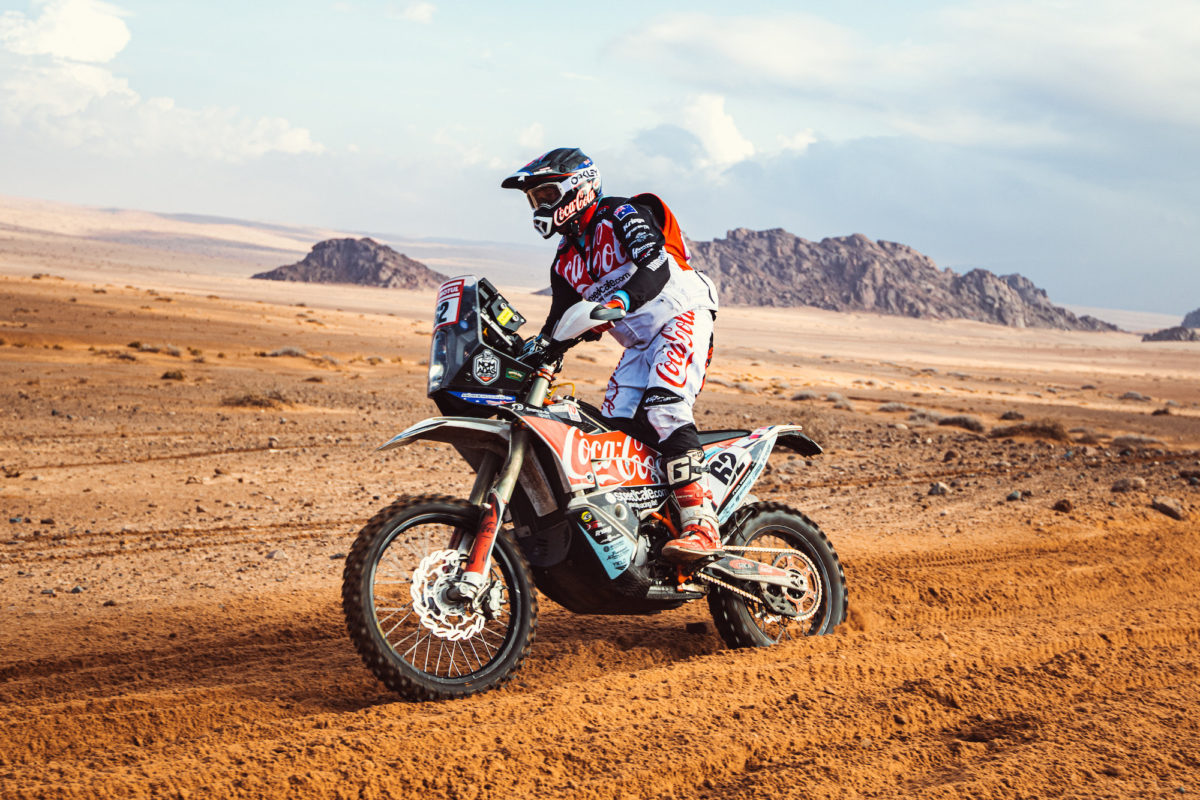 A special stage of 333km in the loop from Ha’il and back today has already thrown some challenges to some of the top riders.

While Australian Daniel Sanders dominated the stage on his GasGas entry, KTM’s Toby Price dropped to 22nd overall, showing just how challenging it can be for even the best.

Houlihan is 117th overall and 90th in the Rally2 group.

It was an early and cold start – out of bed at 4:30am to a freezing cold and foggy morning. It was still a bit wet as it rained all night.

The special stage was 333km of deep sand and dunes. Today was one of the hardest days I’ve ever done in the sand and dunes; there were a lot of very steep downhill dunes that were quite tricky.

At about 200km into the special, we all came across an almost impossible pass over a small canyon. It was very steel with deep sand and massive boulders everywhere. There was carnage, with bikes scattered on every part of the track.

I weaved my way up but about two metres from the top, the bike flipped.

I was able to push and throw the bike up the last rock ledge and watched it hit hard. Fortunately, there was no damage to the bike and only a little damage to my body but, from that point on, I had some issues with pain and controlling the bike in the sand and dunes.

Navigation was extremely hard today and pretty much everyone got lost. Myself and a group of riders spent close to one-and-a-half hours trying to find the right track!

We dropped a few places today because of the navigation issues, but we’re still holding 90th in the Rally2 group, so I’m happy. It’s a long way to go and as we know, strange things happen in the Dakar! And Pablo [Nomadas Adventure team-mate Juan Pablo Guillen Rivera] isn’t far off; he’s just over a minute behind me.

I leave the bivouac on Stage 2 at 5:59am, so another very early start to be prepared. The promise is an even bigger day tomorrow of sand and dunes! 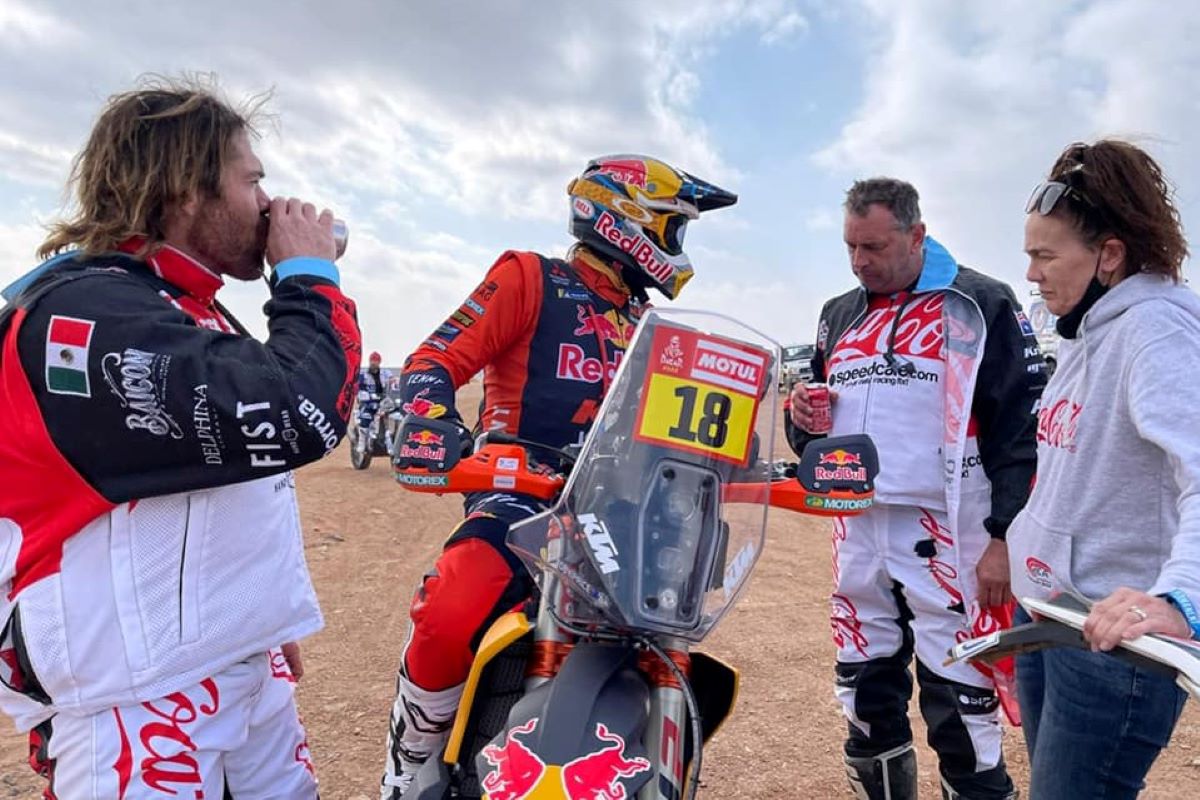