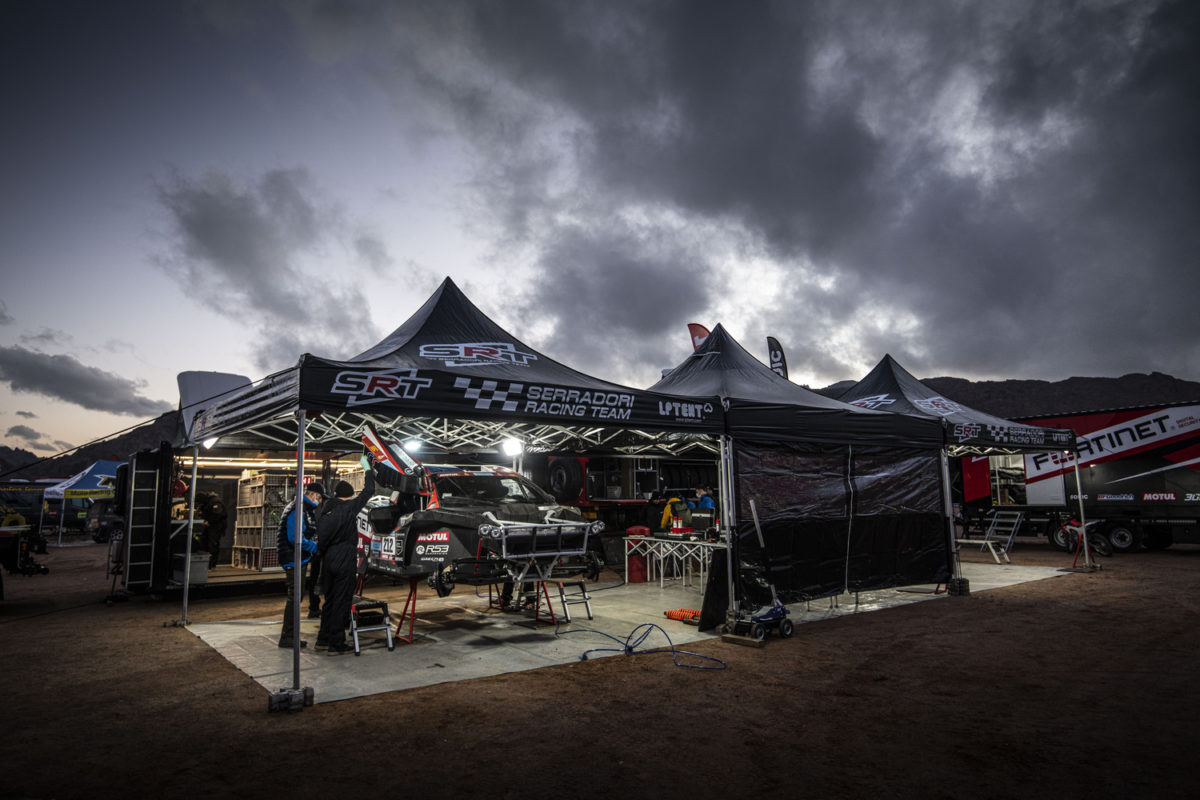 Stages 2 and 3 of the Dakar Rally will not run to Marathon regulations after heavy rain led to flooding in the Al Artawiyah bivouac.

Under ‘Marathon Stage’ regulations, competitors may only receive assistance from each other, and would not have their crews with them for the overnight stop in Al Artawiyah.

However, following Stage 2, they will now head to the bivouac at Al Qaisumah, where they were already to have assembled at the conclusion of Stage 3.

“Due to flooding at Al Artawiyah bivouac caused by heavy rainstorms, we are forced to move the finish of stage two to Al Qaisumah bivouac,” read a statement from ASO, which runs the Dakar Rally.

“The only impact will be on the selective sector B [liaison] of stage two.”

Speedcafe.com understands that there will now be much more liaison distance, although the Stage 2 special will remain 338km long.

Full details of the new liaison route and how Stage 3 will be modified are yet to be released.

The Special Section however will be the same and the vehicles will spend the night at the Al Qaisumah bivouac with their assistance.
This is why the Marathon Stage wasn’t possible in Al Artawiyah… 👀#Dakar2022 pic.twitter.com/rWGVl9lbuI

It was during last year’s Marathon stages when Toby Price had to turn ‘bush mechanic’ due to a gash in one of his tyres.

The KTM rider fixed the hole with tape and cable ties, and would manage to set the second-fastest stage time while also avoiding a 30-minute penalty for changing tyres.

Price’s hopes of a third Dakar crown were dashed when he crashed in the following stage, and he is on the back foot again after getting lost on Stage 1B of the 2022 edition.

The Australian has fallen to 22nd in the general classification, 47 minutes behind pace-setting compatriot Daniel Sanders.

Route changes at short notice are hardly uncommon at the Dakar, with the final stage of 2020 memorably cut short when it was found that construction of a gas pipeline would have got in the way.

Sanders is due to lead the field out on his GasGas bike this afternoon (AEDT).