Sanders starting 15th on road for Dakar Stage 1B

Sanders starting 15th on road for Dakar Stage 1B 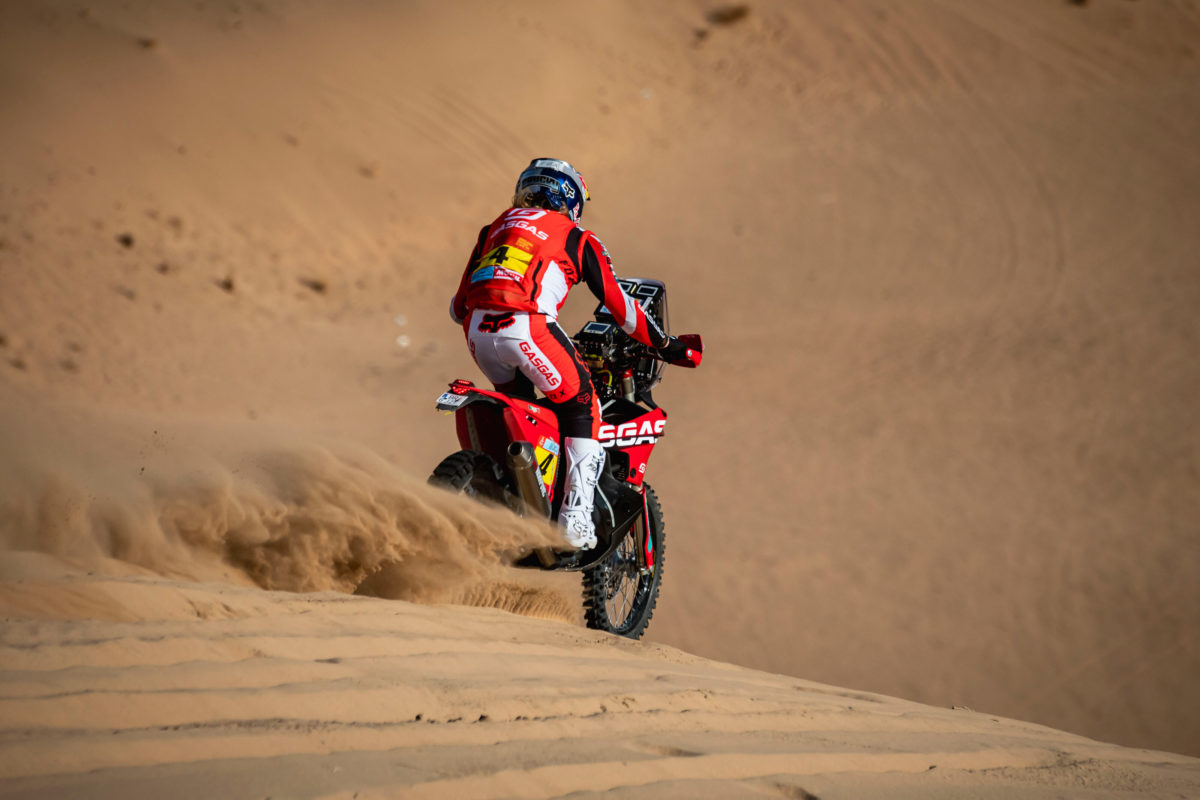 Daniel Sanders will start 15th on the road for Stage 1B of the 2022 Dakar Rally after taking out Stage 1A.

The GasGas rider was quickest on the 19km special between Jeddah and Ha’il, putting him among the top 15 who got to choose when they would set off for the second competitive hit-out of the event.

However, as stage winner, Sanders’ pick takes priority over all others and, unsurprisingly, the system resulted in a reversal of the top 15 in the classification on the road for the 514km (333km special) loop stage around Ha’il.

Brabec (Monster Energy Honda) has not long set off, while Sanders is due to go at 16:07 AEDT.

In Cars, it is Nasser Al-Attiyah who is the pace-setter at this early point of Dakar 2022, with the factory Toyota Hilux driver scheduled to head out for Stage 1B in 10th on the road in class.