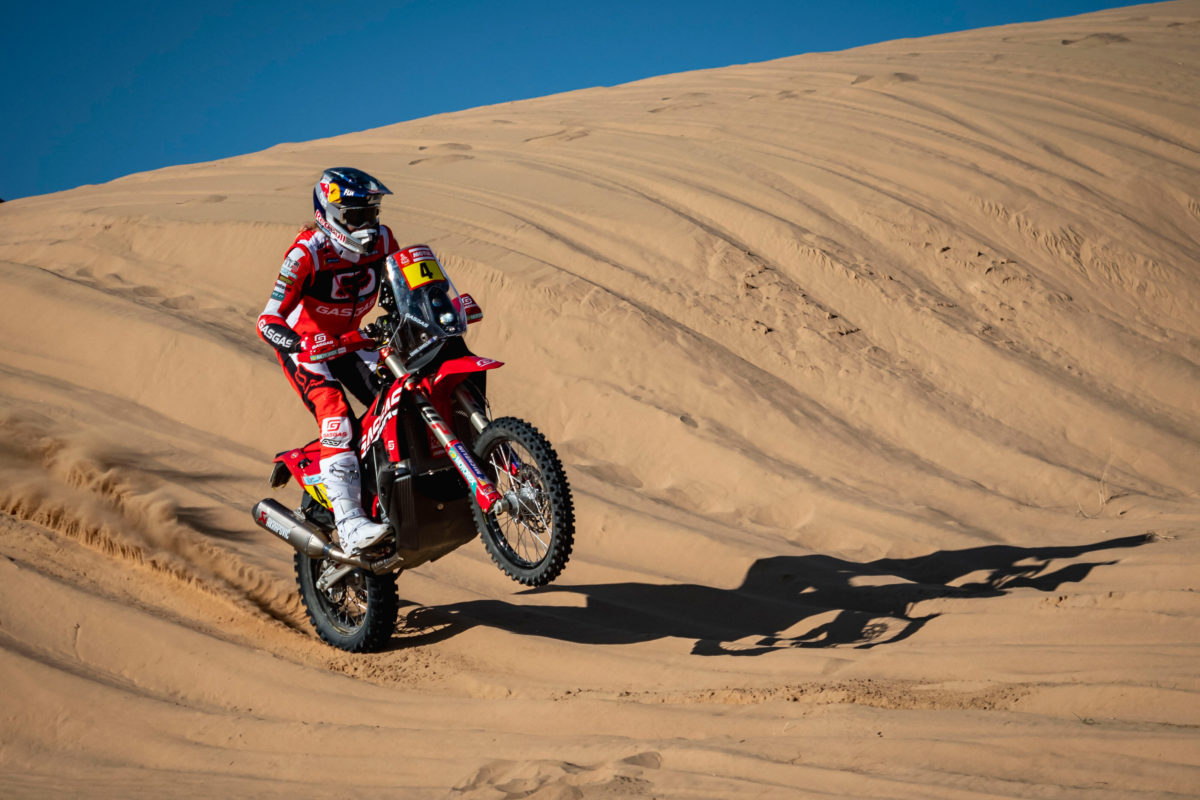 Daniel Sanders and GasGas are now Dakar Rally stage winners after the Australian set the fastest time in this year’s prologue in Saudi Arabia.

Sanders was officially credited with a time of 55:30s for ‘Stage 1A’ from Jeddah to Ha’il, exactly one minute faster than Monster Energy Honda’s Pablo Quintanilla.

However, those figures are the actual times multiplied by five, given the competitive component of the stage was only 19km, with a 595km liaison on top of that.

The top 15 on Stage 1A will now choose their position in the starting order in the top 15 for Stage 1B, which is a 333km special that forms a loop around Ha’il.

The latter two are within two minutes of Sanders while Red Bull KTM’s Matthias Walkner, who holds fifth position, is 2:35s off the pace.

Adrien van Beveren is sixth for the factory Yamaha squad, which is seeking to improve on its disastrous 2021 effort by recruiting Andrea Peterhansel as team manager and her Dakar champion husband Stephane’s mechanic John Maillon in a technical role.

Cornejo claimed missing the top 15 is not so bad, given he guaranteed himself a more favourable position in the road order for the first stage proper.

“Today, there was a lot to be gained, but even more to be lost in the middle of the pack of 15, so I decided to play it safe,” explained the Chilean.

“I lost some time today, but I’ll get opportunities to claw it back in the coming days.”

Australian Andrew Houlihan (Nomadas Adventure KTM) is officially 115th at 32 minutes off the pace at the start of his second Dakar campaign.

Michael Burgess, who would have been the fourth Australian competing on a bike this year, did not make it to Saudi Arabia due to an eye injury.

The two-wheelers will set off again for Stage 1B from late this afternoon (AEDT).