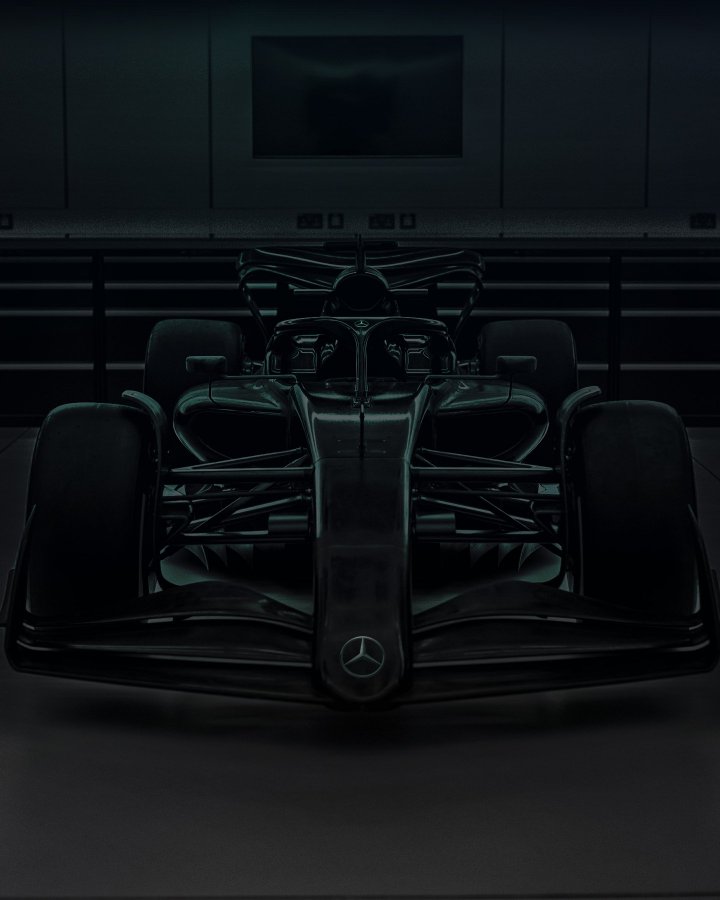 The Mercedes-AMG F1 Team has released an image which appears to depict the car it will race in this, the first season of Formula 1’s new technical era.

A darkened image of what would be a W13 has been published by the squad on social media, and features several styling cues which point to it being the 2022 Mercedes, or at least an early version/representation of it.

Consistent with the new technical regulations, the car has a relatively simplistic front wing design, an apparently larger wheel/tyre package, and other elements which are similar to those of the show car which broke cover at last year’s British Grand Prix.

The 2022 F1 campaign will feature the return of ground effects, with a greater reliance on underfloor downforce as opposed to that generated by the wings, in a bid to allow cars to follow more closely and hence race better.

Furthermore, tyres will now be 18 inches in diameter, rather than 13 inches.

Exactly what the car in Mercedes’ social media post is, is not clear, with the caption simply stating “New year. New Me-rcedes,” along with a black heart and a winking emoji.

It could indeed be a W13, but alternatively a W12 (or an even older car) with new-for-2022 bodywork, or perhaps something different entirely.

If it is in fact the W13, then the Anglo-German squad would be the first to show off its new-generation F1 challenger in some form.

Lewis Hamilton came up just short of Red Bull Racing’s Max Verstappen in last year’s drivers’ championship after a controversial finale and while that was Mercedes’ first such miss since 2013, it did claim an eighth straight constructors’ crown.

Pre-season testing for the 2022 campaign is set to get underway in Spain from February 23.