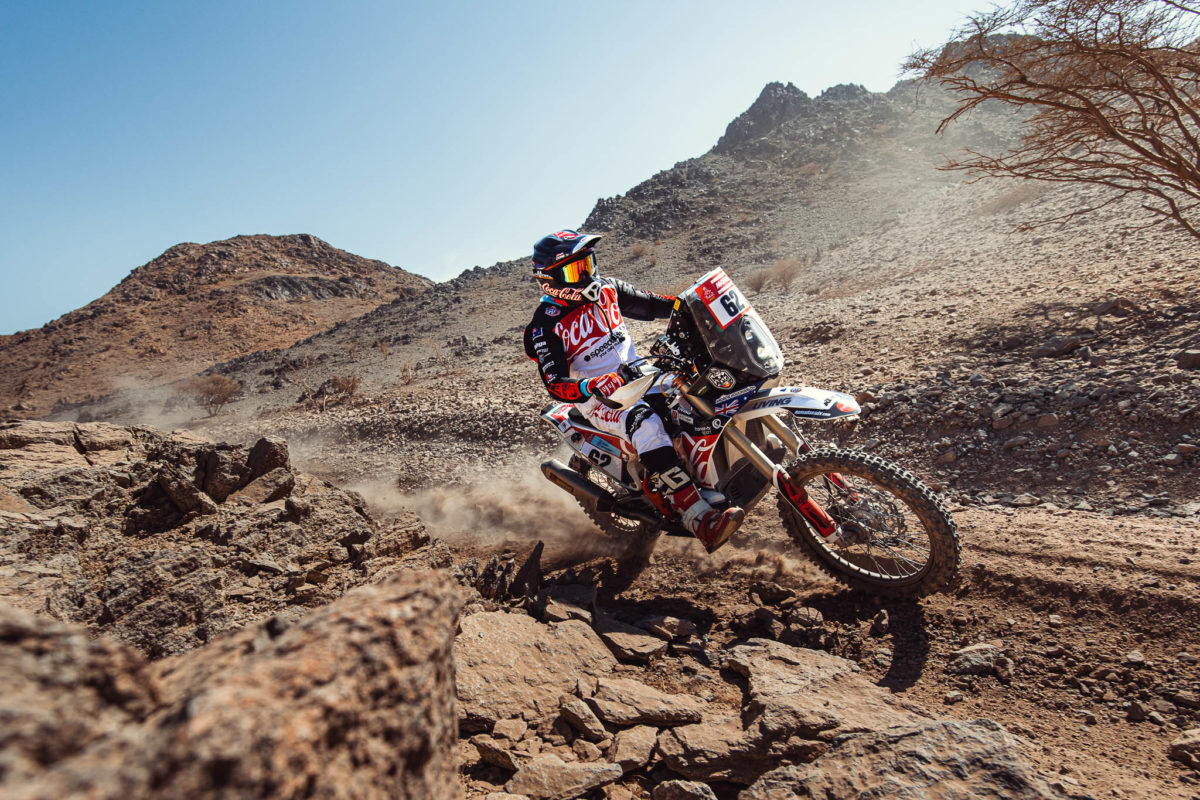 Aside from the challenge of getting to Saudi Arabia due to the havoc which the pandemic continues to wreak on flight schedules, he also had to recover from a high-speed training crash in July, when a 160km/h impact with two kangaroos left him with broken ribs and a punctured lung.

The Albury rider finished 50th in last year’s Dakar Rally despite breaking his wrist midway through, and has started the 2022 event with the 115th-fastest time on the prologue.

Officially known as ‘Stage 1A’, the hit-out was comprised of 614km of running, including a 19km special, which took the field from Jeddah to Ha’il.

We’re back at Dakar! After all the dramas of 2021, disrupted travel plans and COVID restrictions it’s great to be back here with my rally family and back on my KTM 450 RFR. And it’s great to have [wife] Katie here with me.

The bike is great! It felt good in our test run but today was the longest ride I’ve done on this bike since last year’s event. It’s certainly a different feel to the bigger training bike I’ve been riding in Australia.

There was only 20km of dunes today. I know there are plenty more to come over the next 12 days!

Unfortunately, the second dune caught me out and I had a small spill. No damage though.

The lead guys set a cracking pace, but we all took it easy today.

My time placed me 115th and I’m OK with that. It’s a long way to that finish line and there’s no point in going hard this early. My Nomadas Adventure Coca-Cola team-mates are close by; Pablo [Juan Pablo Guillen Rivera] is sitting 112th and Antonio [Antonio Vicente Guillen Rivera] is a bit further back.

This year there’s actually a fourth rider under the Nomadas banner as well, Greek rider Vasileios Boudros. He’s tracking pretty close to us so we’ll all be fairly close together tomorrow.

Stage 1B has a 333km special, so it starts to get serious. Looks like it’ll be dry but probably lots of sand.