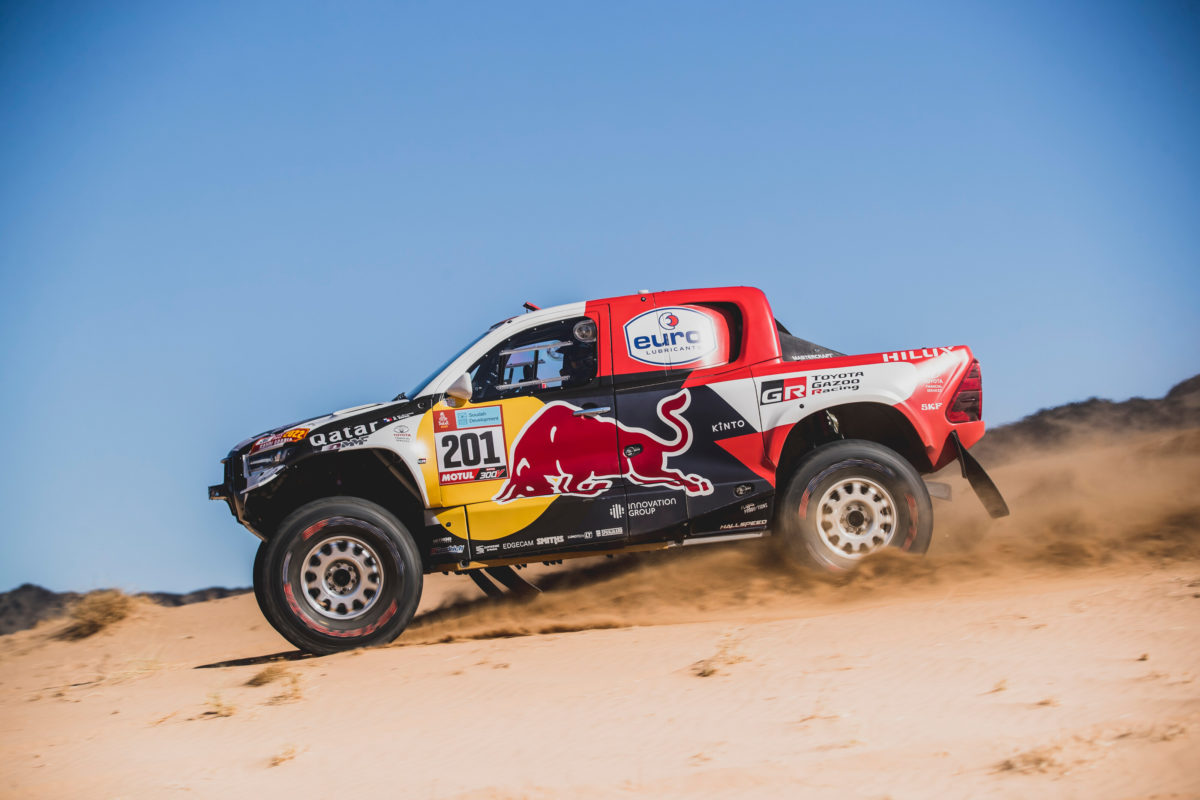 Three-time Dakar champion Nasser Al-Attiyah has set the pace in the prologue for the Cars field at the 2022 Dakar Rally in Saudi Arabia.

The Toyota Gazoo Racing driver completed the 19km competitive section of Stage 1A, between Jeddah and Ha’il, in a time of 10:56s in his Hilux.

Next-best was another multi-time Dakar champion in Carlos Sainz, who was 12 seconds slower on the first stage for Audi’s electric RS Q e-tron.

Two South Africans follow on the leaderboard, each with a time 36 seconds off the pace, namely Century Racing’s Brian Baragwanath and Toyota Gazoo Racing’s Henk Lategan.

Fifth went to Sebastien Loeb as he kicked off the second Dakar campaign for Bahrain Raid Xtreme’s (BRX) revised Prodrive Hunter, at just another second further back.

The three BRX entries all finished in the top 10, with Nani Roma seventh and Orlando Terranova 10th, but the same could not be said for Team Audi Sport.

While Sainz is just behind Al-Attiyah, the Spaniard’s team-mates Stephane Peterhansel and Mattias Ekstrom wound up 14th and 15th respectively, both over a minute off the pace.

First for X-Raid Mini JCW, which won the 2021 event courtesy of Peterhansel, was Yasir Seaidan in 17th.

With the 614km Stage 1A done, the top 10 on the day’s special get to choose their starting position for Stage 1B, a loop around Ha’il which includes 333km of competitive running.

Australian Molly Taylor (Can-Am Factory South Racing) is sixth in the side-by-side race at 1:01s off the pace after she clocked a time of 14:23s on the prologue.

Marek Goczal leads the way with a time of 13:22s, 14 seconds faster than Cobant-Energylandia team-mate and younger brother Michal.