AGPC: Albert Park home to F1 for the long haul

AGPC: Albert Park home to F1 for the long haul 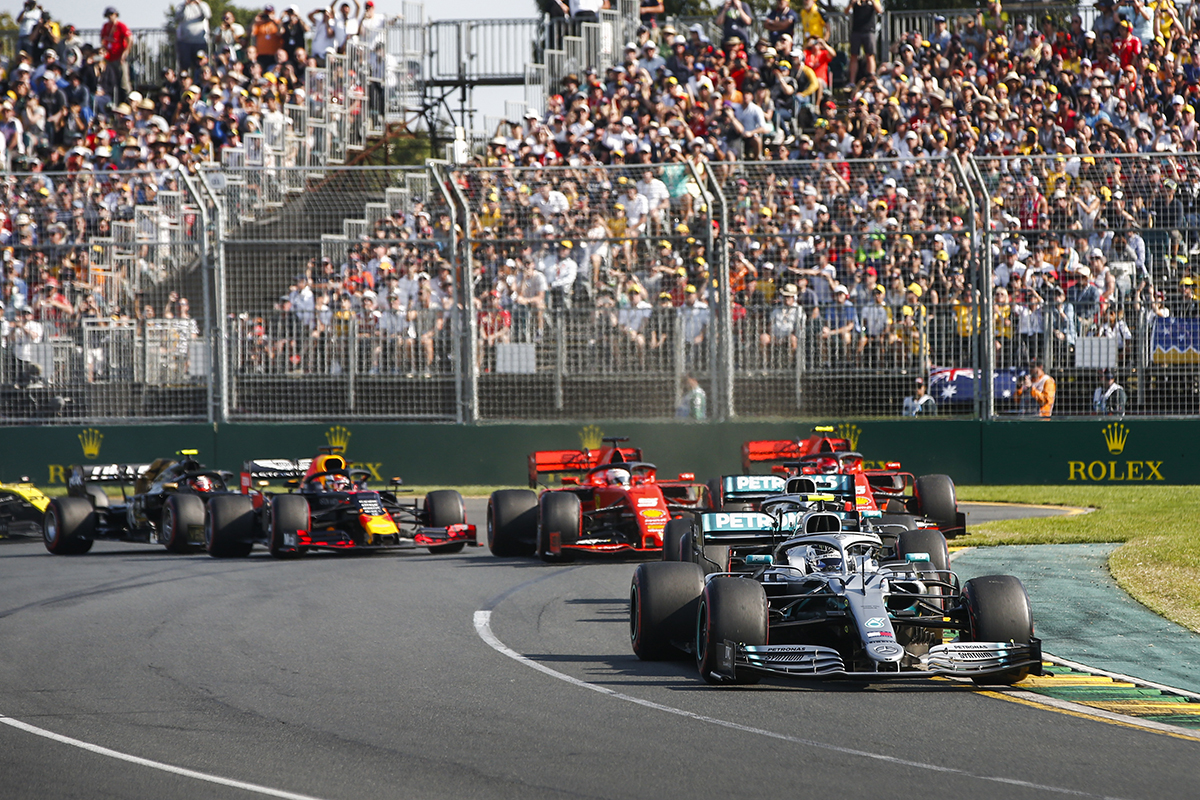 Formula 1 is set to stay in Melbourne for the long term. Picture: Andy Hone/LAT Images

Australian Grand Prix Corporation boss Andrew Westacott says $20 million upgrades to Albert Park sends a clear signal where Formula 1 will race Down Under for the long-term.

Late last year there were suggestions New South Wales might look to poach the Formula 1 Australian Grand Prix with an event in Sydney’s central business district at The Rocks.

The likelihood of that happening is slim to none, and the view of the Australian Grand Prix Corporation, which organises the event, is that it will remain in Victoria for the foreseeable future.

When the Formula 1 circus returns to Australia for the third round of the championship on April 7-10, the Albert Park Grand Prix Circuit will feature several changes.

A handful of corners have been reprofiled and the pit lane widened as part of a push to promote more overtaking.

“When you’re doing the track modifications that we’ve done, which is about $20 million dollars worth, you don’t do those just for the three or four years we’ve got of the current contract – and I say three because it actually goes out to 2025, so it’s actually this year plus another three,” Westacott told Speedcafe.com.

“We’ve always got an eye to the future, and in the world of Formula 1 and MotoGP, you’ve really got to be looking to that future, and there’s nothing other than optimism and ongoing dialogue that we always have with people.

“People ask me about ‘When do you start contract negotiations?’ I’ve always held the view with Formula 1 and Dorna at MotoGP is you’re starting the contract negotiations the minute you ink the previous one because you’ve got to be continuously developing your facilities, the track, and also obviously the entertainment and the programme you put on.

“When you look at what Zandvoort has done, and Mexico, and what Miami will probably do, we’ve got to make sure we’re up the front of the pack.” The aforementioned Dutch and Mexico City grands prix have been a hit with fans, largely due Max Verstappen and Sergio Perez who hail from the respective countries.

Zandvoort Circuit and Autodromo Hermanos Rodriguez both underwent significant upgrades and circuit alterations upon returning to the Formula 1 calendar.

Since joining the calendar in 1996, the Albert Park Grand Prix Circuit configuration hasn’t been significantly altered nor resurfaced.

For Westacott, the changes are part of a concerted effort to maintain a modern standard.

“The intent of it is to make the racing more exciting,” said Westacott.

“There was a criticism that Formula 1 would come into town and they’d love everything about Melbourne from an infrastructure point of view, the industry, the hotels, the accommodation, the restaurants, just the vibe they get in town and the fact that the circuit is only four and a half kilometres away from the CBD, but they always came and said you’ve got to do something to get a little bit more overtaking.

“Rather than just putting down the same asphalt surface, we decided that we’d make some changes within the limitations that we’ve got of having a lake, having sports fields, having infrastructure like a sports and aquatics centre, and some football stadiums.

“So what we did was made subtle changes to camber, to the asphalt mix, widening of some corners, took out a chicane and also widened pit lane.

“So the combination to some of the parts is designed to introduce more tyre strategy, hopefully get more tyre deg with the more aggressive asphalt mix, and make for more overtaking.”

Westacott said the proof of whether their changes have worked will ultimately be when the cars roll out on April 8 for Free Practice 1.