Time away from family made Price’s Dakar build-up harder

Time away from family made Price’s Dakar build-up harder 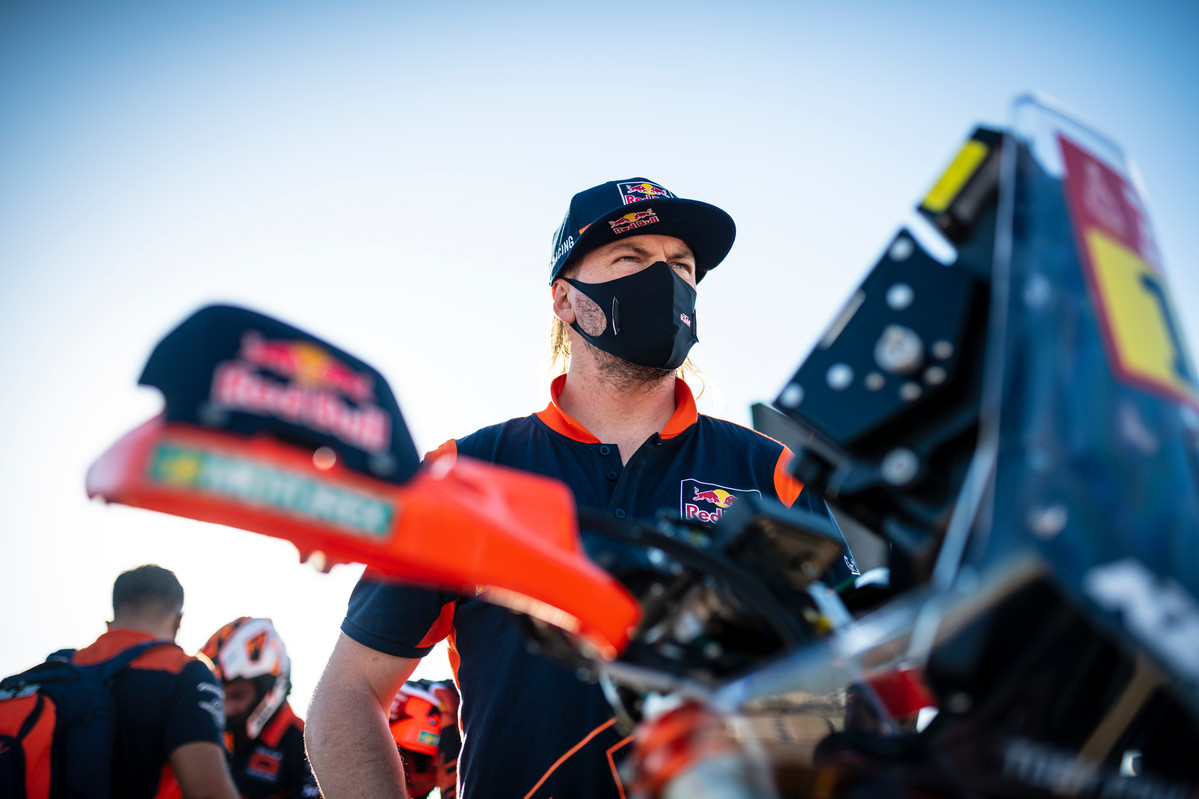 KTM Factory Racing rider Toby Price says the build-up to this year’s Dakar Rally has been made harder by being away from friends and family.

COVID-19 travel restrictions have meant Price hasn’t been home for the best part of half a year, instead, living out of a hotel in Dubai in preparation for the 2022 event.

The Australian will return home off the back of this year’s event, which gets underway today with Prologue.

“There’s one benefit to it,” Price said of living out of a hotel in his latest KTM blog.

“I don’t have to make my bed and I get some fresh towels every day,” he laughed.

“Yeah, last year I had five months living in a hotel room, and hotel food gets pretty boring pretty quickly.

“Just being away from family and friends – last year was pretty tough, I missed my brother’s firstborn child and things like that. So, I’m uncle Toby now.

“It’s definitely tough, a lot of people don’t know the preparation that goes into this race.

“I’m 90 percent for sure living the dream, but that 10 percent we’re missing with family time, especially at this time of year.

“And yeah, I have a lot of friends around the world, but it’s just not like home.

“The hotel living gets old pretty quickly and with the time difference it’s difficult to even connect back to say hi, but it’s what I need to do.

“We did it last year and unfortunately we’re doing it again in 2021 and it was a lot of sacrifice and not the result we wanted at Dakar.

“It is what it is and unfortunately we know what the consequences can be, but yeah, it’s been a little bit harder.

“It’s not just the injury, it hurts more in the chest, kinda more on the left side,” he winked.

“When you’ve been away from home so long and that’s the result.”

Price opted to base himself out of Dubai in the lead-up to this year’s event largely to utilise the desert dunes that he’ll face in Saudi Arabia.

“There is a really big benefit to being in the [United] States, here in Dubai or Morocco or Spain,” Price explained.

“Those locations are much easier for roadbook training as that’s where the Europeans go, it’s also growing in the US.

“To be here in Dubai it’s a massive positive and bonus because there’s a lot of road books, other rally riders here, it’s kind of set-up for it, and it makes sense for training.

“Also the team have been coming here for testing, as the other locations we use are also difficult at the moment for us all to travel to because of COVID.”

In 2021, he failed to finish after crashing on Stage 9, which resulted in surgery for a broken collarbone.

With shakedown ahead of this year’s event complete, Price is optimistic heading into the 12-day endurance rally.

“The Red Bull KTM bike is feeling really good at the moment and I’m just super keen to get the race underway now.

“The event itself is looking like it’s going to be a really tough 12 days in the desert and a massive test as per usual.

“I need to make sure I stay consistent, try and make it to the rest day in a good position and then see what the second week brings.”