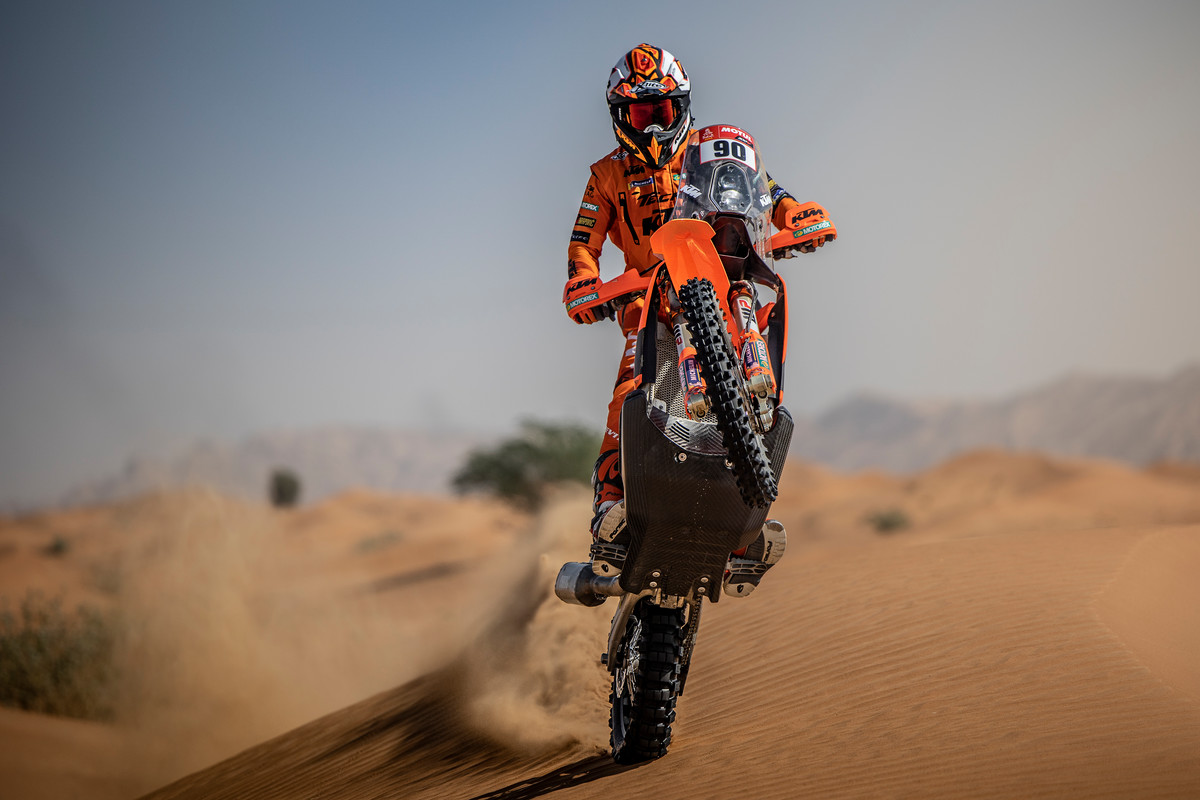 Dakar Rally debutant Danillo Petrucci was on his bike during shakedown when he received a positive COVID-19 test.

As it turned out, the result was a false positive, and the Italian was later given clearance to contest the endurance rally following a second test.

Petrucci this year makes the unheralded switch from MotoGP to the Dakar Rally, continuing his association with KTM.

It’s not been a trouble-free build-up to the event, however. Petrucci crashed in the weeks leading up to his debut, injuring his ankle in the process.

“After a really difficult couple of days I am finally allowed to race,” said the Tech3 KTM Factory Racing rider.

“I was on my bike at the shakedown when I received the message that my COVID test had come back positive.

“Thankfully, a blood test returned a negative result, and I was cleared to compete.

“I still need to take a lot of care, especially with my ankle, but I’m really looking forward to the race now.

“I want to say a big thank you to all the team for their help over the past week, too.”

Prologue at the Dakar Rally gets underway later today.