Why Gen3 might be Stanaway’s ticket to Supercars return

Why Gen3 might be Stanaway’s ticket to Supercars return 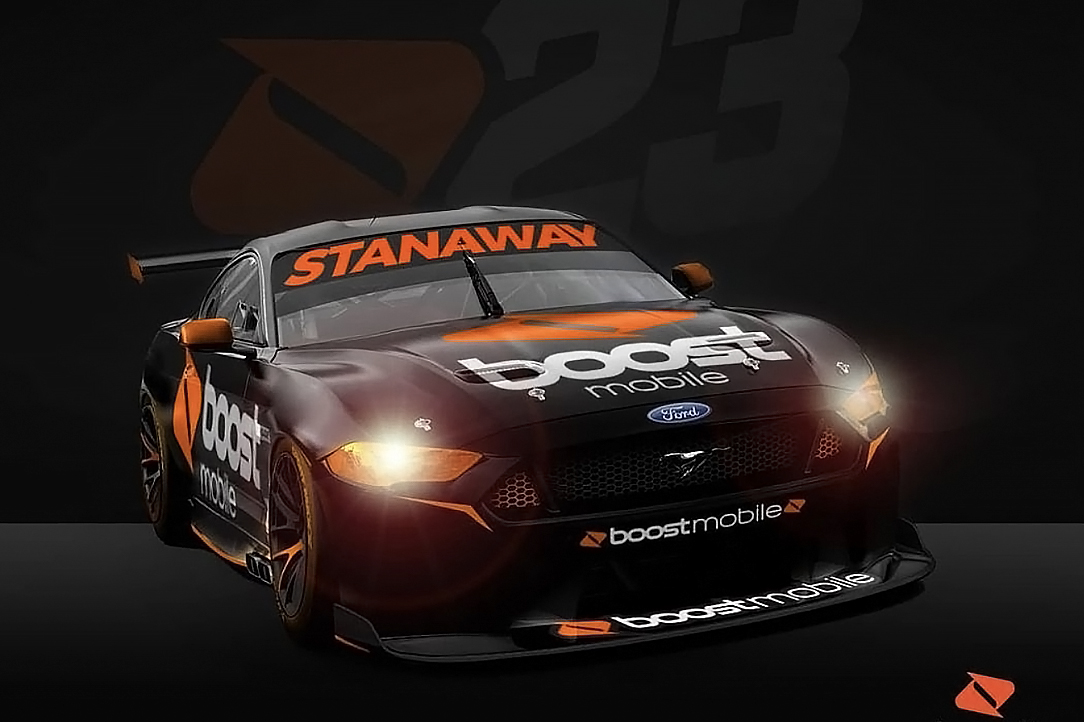 Richie Stanaway says the advent of Gen3 might be what brings him back to the Repco Supercars Championship full-time in 2023.

Officially unveiled at this year’s Bathurst 1000, the Gen3 specification Ford Mustang and Chevrolet Camaro will mark a technical departure from the incumbent Gen2 machinery.

A sticking point of the next-generation touring cars is the means by which the cars will change gears.

Although a trivial subject in the view of some, for the likes of Stanaway it could be what makes or breaks his return to full-time competition.

While Supercars has not yet publicly said whether it will implement automatic throttle blip, the Gen3 working group has tested the Mustang and Camaro with the technology.

Automatic throttle blip was listed as a prerequisite of the new category controlled driveline supplier in a Gen3 tender released earlier this year.

While the subject has divided opinion, Stanaway said it could be the drawcard to bring him back full-time if an opportunity presents itself.

Speaking with Speedcafe.com, the 30-year-old said he struggled to adapt to heel-and-toe in his two-year spell driving Supercars.

That largely boiled down to having not had any prior experience of right-foot braking, which the lion’s share of Supercars drivers do.

“With it being a new generation of car, it would line up a lot more with the experience that I’ve had prior to racing in Supercars,” Stanaway told Speedcafe.com.

“The majority of my experience comes from open wheelers and GT cars and I struggled a lot with the current [Supercars] formula, just with the need to right-foot brake and stuff that I never really got the chance to learn.

“The championship is under new ownership now, which always shakes things up. It’s definitely something that’s on my mind, for sure.

“When you’ve never had to right-foot brake and then you race guys who have been racing that car in that way for years it makes it really difficult.

“Through my two years of racing full-time, halfway through each year I wanted to convert to right-foot braking and just learn the proper way to drive the car, but by the time I went to convert I felt like I was only going to be seeing out the end of that year.

“It’s quite a big change to make, so I sort of ended up staying with left-foot braking, which in my opinion is not the best way.

“With Gen3 and paddle shift, I know it’s a bit controversial, some people want to stick to the more old school way, and I agree in some ways, but at the end of the day it just brings the category more in line with other championships from around the world.

“People from Europe and the US or whatever, if they want to jump in Supercars they won’t struggle as much, so in that way I think it’s good.” 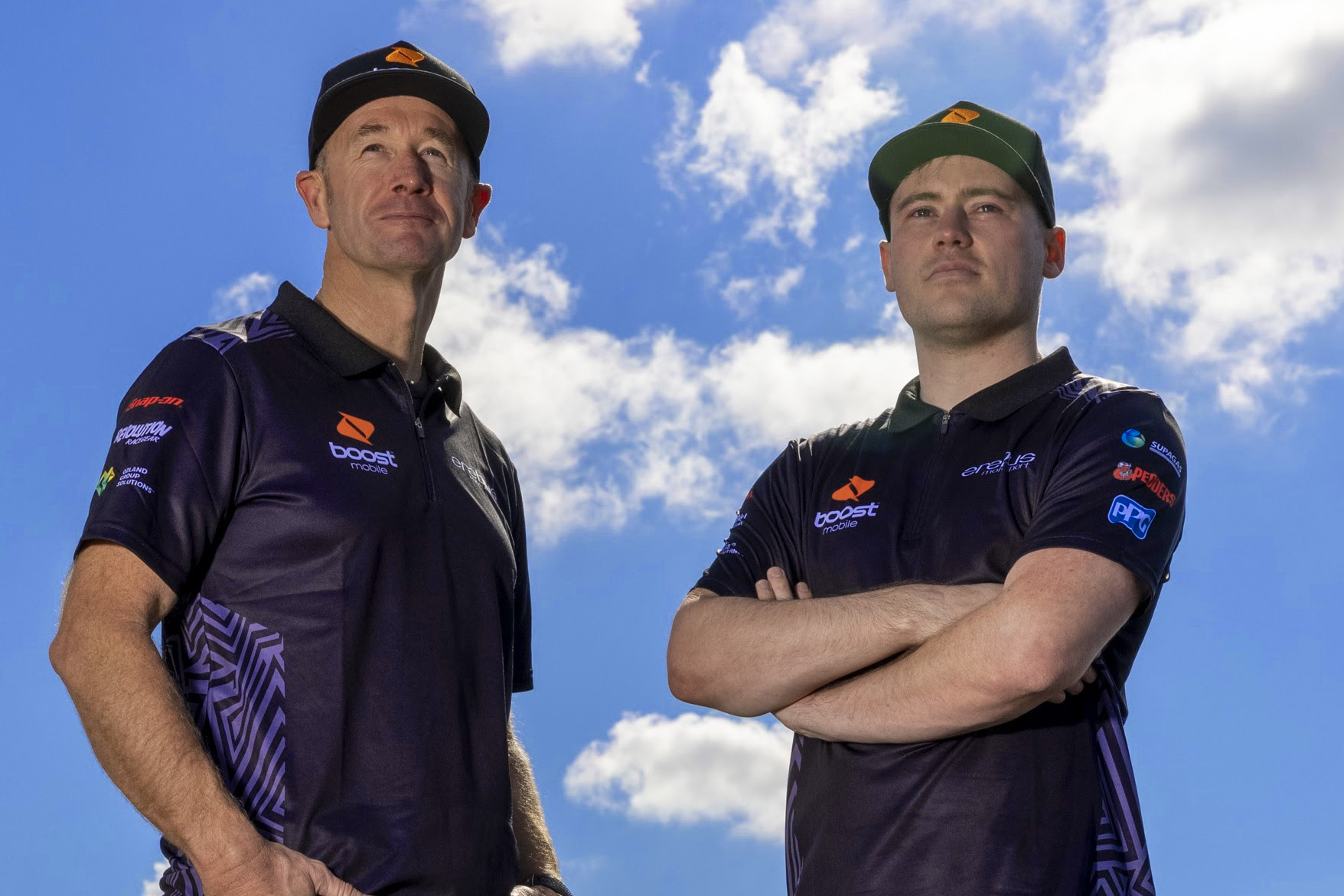 A return might be put to bed though if rumours doing the rounds do come to fruition.

Although the Supercars fan base and some drivers have rallied against the introduction of paddle shift and automatic throttle blip, the technical hurdles posed may see it abandoned.

Key in Stanaway’s decision-making process was a one-off return to the Supercars grid as a wildcard entry at this year’s Bathurst 1000.

There, he was to drive alongside four-time Great Race winner Greg Murphy in a Boost Mobile-backed Erebus Motorsport-run Holden ZB Commodore.

However, those plans were undone due to travel restrictions as a result of the COVID-19 pandemic inhibiting their return from Australia to New Zealand.

Stanaway, who last raced in 2019 at the Supercars season finale in Newcastle, said that would have been a big determining factor in whether he would seek a full-time return.

“It was disappointing,” he said of the postponement.

“I put a lot of prep into it, but at the end of the day we were going to compromise everything a little just with the situation.

“We were going to miss a few test days and it was just going to become a little more difficult than we initially planned.

“Obviously being a wildcard, you’re already on the back foot in terms of preparation just coming in for one race. Then when you add further comprises with lost test days, it just made sense to postpone it until next year.

“It was all out of our control when it comes to the border restrictions, there’s nothing that any of us really could have done about it. It is what it is. I think it’ll just be better for everyone next year when hopefully this COVID situation is behind us.

“I think the wildcard is a great opportunity to reassess where I’m at, just having a run in a different team,” he added.

“I’ll be able to gauge it a little based on my performance and then if there is an opportunity to come back full-time and the opportunity seems right then it’s definitely something I would consider.

Boost Mobile owner Peter Adderton, who has been a staunch supporter of Stanaway’s, recently posted a render of a Ford Mustang with the New Zealander’s name attached to it to Instagram.

Adderton, who has previously expressed a desire to start his own Supercars team, wrote: “Is it time to do our own team in 2023? Me thinks yes.”

Adderton has out and out declared his intention to start a Supercars team under the Gen3 regulations using Erebus Motorsport-built cars should he acquire the necessary Teams Racing Charters.