Ricciardo: 99 percent wouldn’t have picked me to win

Ricciardo: 99 percent wouldn’t have picked me to win 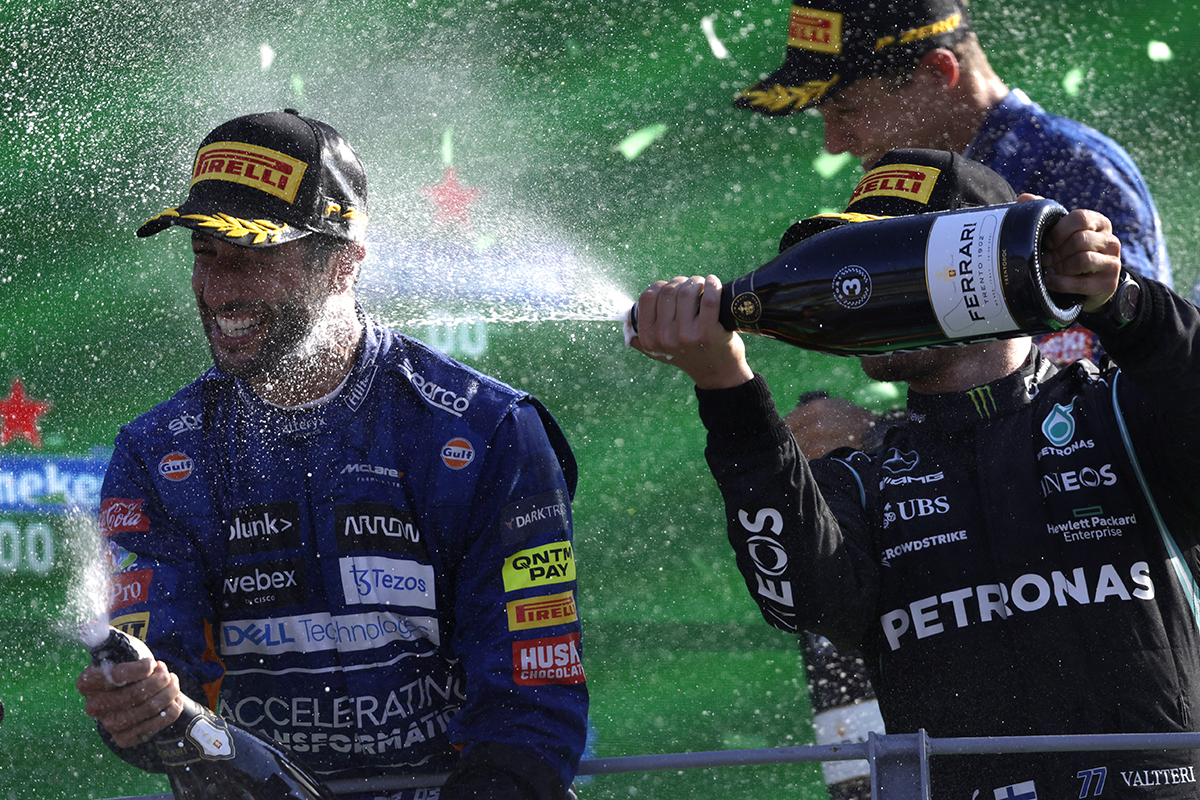 Daniel Ricciardo says his Monza win remains the highlight of 2021, as he believes most wouldn’t have picked him to win a grand prix this year.

In what was his first campaign with McLaren, the Australian took a surprise win in the Formula 1 Italian Grand Prix.

That would be Ricciardo’s sole podium of the season on his way to eighth in the drivers’ championship.

Reflecting on the year, Ricciardo explained that the unlikelihood of a win made it all the more memorable.

“As for my proudest moment this year… that’s hard,” said Ricciardo.

“Even if I wanted to say something other than Monza, like Austin, which was a really fun weekend and I got a top-five in the race, I just can’t. I have to go with Monza.

“But that’s not just because I won the race, it’s more the fact that I’m sure 99 percent of people would have not put me down to win a race this year, so that’s why I’m most proud of that moment.

“I found a way to overcome some of the lows and make the most of the opportunity when it came.”

Asked whether he thought he’d be in a position to win a race, Ricciardo replied: “Not after the first six months.

“So although I didn’t expect a win, I also wouldn’t have signed a document saying, ‘No, there’s no way I’ll win a race this year,’ because you never know.”

By and large, Ricciardo spent the year playing second fiddle to Norris who was four times a podium finisher in the MCL35M.

Norris also found himself in a position to win a grand prix this year, although he fell short of victory in Russia in what was a dramatic finish.

That saw Norris gamble on strategy, opting to stay out on slick tyres when rain began to fall on the Sochi Autodrom circuit.

He would slide off the circuit, losing out to Mercedes driver Lewis Hamilton who pitted a lap earlier for intermediate tyres.

Although the win went begging, Norris was nevertheless proud of the pole position he claimed a day earlier.

“I would say my proudest moment this year was pole position in Russia, my first pole in F1,” said Norris.

“There’s something great about the fact that when you qualify on pole, on that day in history, you are the fastest guy out there. That’s really cool.

“I hooked everything up in tricky conditions: slicks on a drying track.

“In a way, you could say it’s the kind of pole position that you can be even more proud of because of the track conditions.”

McLaren goes into the 2022 Formula 1 season with an unchanged line-up.