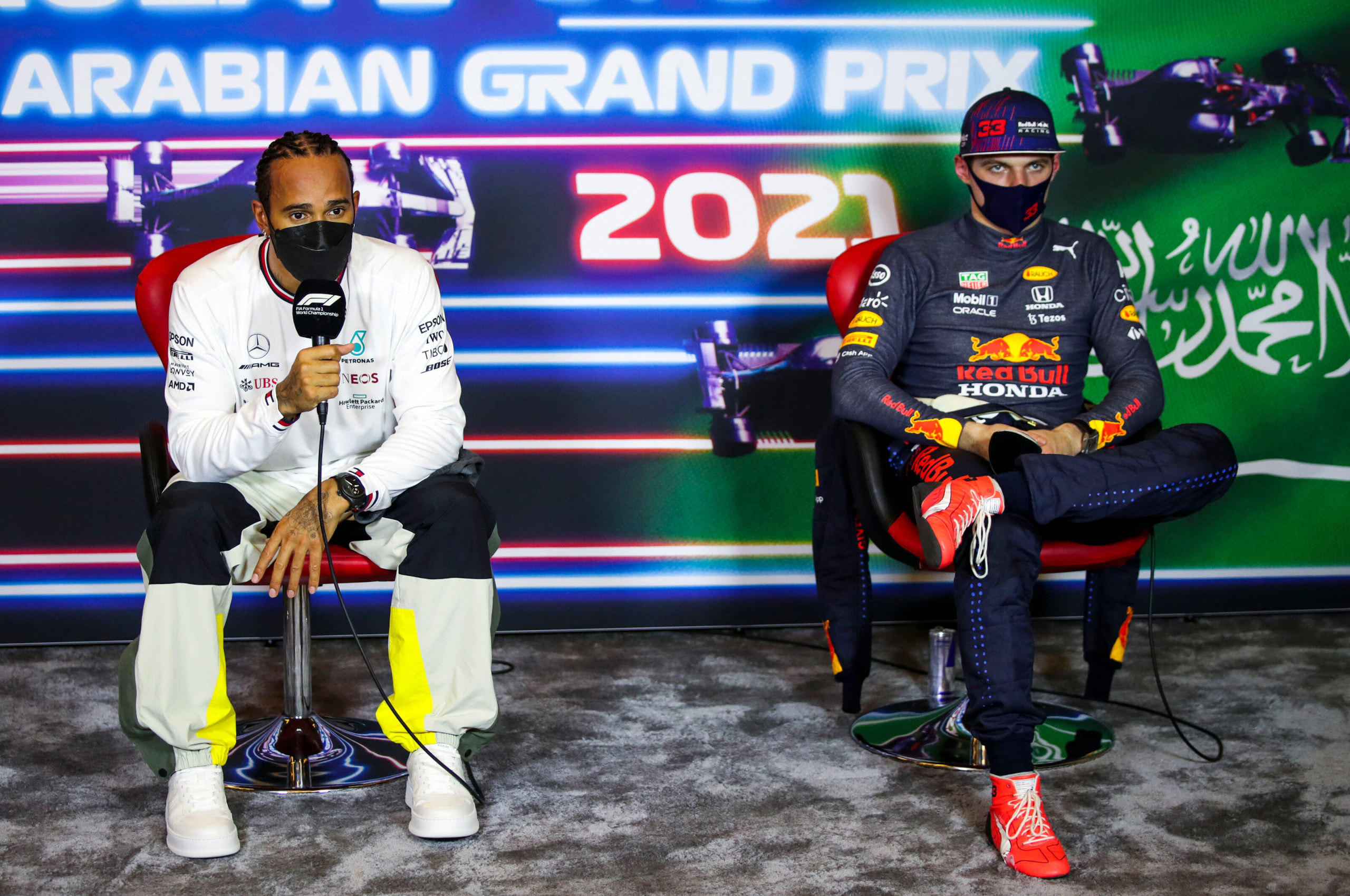 Hamilton and Verstappen front the media

Let’s call a spade a spade… we all love a bit of controversy, don’t we?

Well, in 2021, motorsport delivered drama perhaps like never before, making for countless moments where it was impossible to look away.

Formula 1, of course, led the way with a remarkable title squabble between Red Bull/Max Verstappen and Mercedes/Lewis Hamilton (how good will the next edition of Drive to Survive be?)… but there was plenty more to lap up across the globe, as Speedcafe.com revisits below.

We might as well start here, at Silverstone in mid-July, because in one breathtaking half-lap, the course of the Formula 1 world championship would change for good.

Having already established themselves as the two key contenders, Hamilton and Verstappen fought tooth and nail for the opening lap ascendancy, the latter very readily getting his elbows out.

Desperate to get ahead, Hamilton tried a move up the inside of the high-speed Copse right-hander, with contact sending Verstappen careering into barriers at an impact of 51G.

Hamilton would recover from a 10-second penalty to take victory in front of his home crowd… but a war of words had begun and rivalry ignited past the point of no return.

Hamilton versus Verstappen: The finale

By this point, the pair had come together in race-ending fashion at Monza, endured a controversial side-by-side exchange in Sao Paulo, and engaged in some bizarre scraps in Saudi Arabia.

But that was nothing on how the championship ultimately was decided – and the villain wasn’t necessarily either title protagonist.

After an opening lap tussle that Hamilton was cleared of, the Mercedes star sailed off into the distance to have one hand firmly on his eighth world championship.

But a late Safety Car turned the race on its head, and a decision by race director Michael Masi to let only the cars between Hamilton and Verstappen un-lap themselves put the latter in the box seat.

Sure enough, Verstappen made a decisive last-lap move, while Hamilton was left “disillusioned”. Mercedes’ initial appeal was rejected, and after voicing plans to take matters further, they decided against a courtroom resolution. 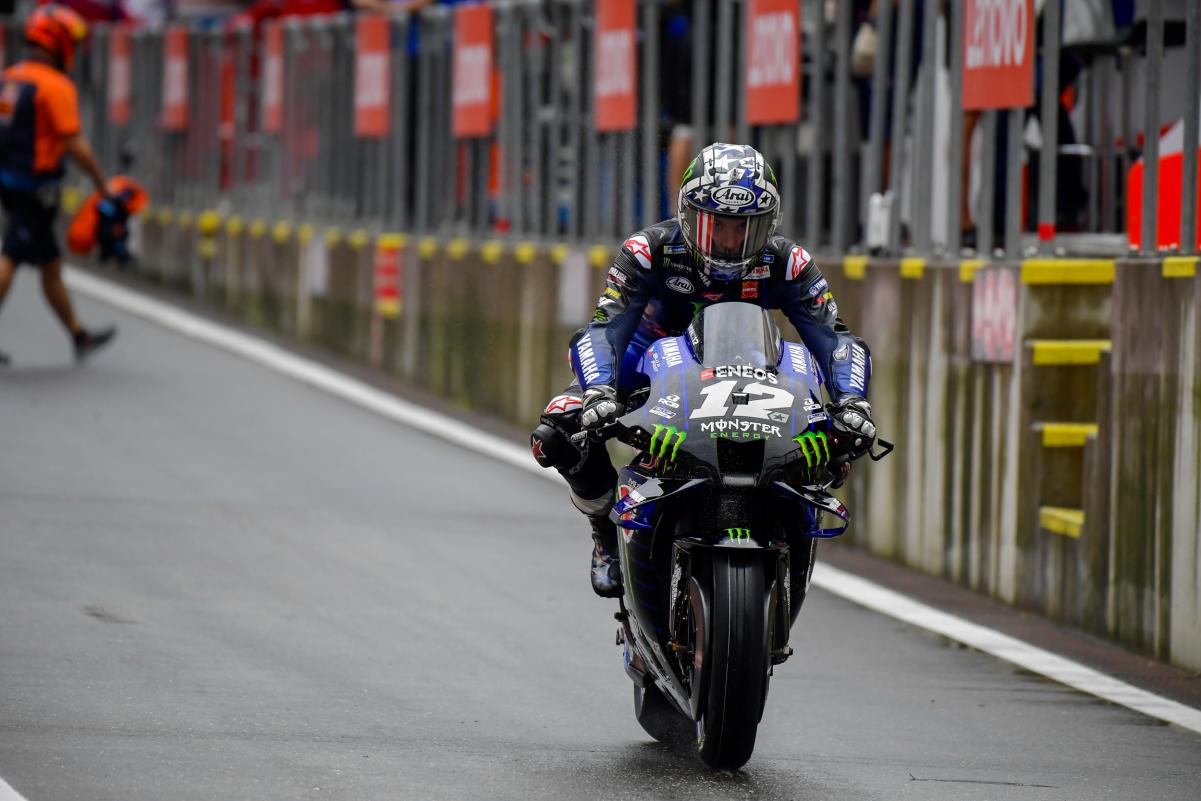 This was no ordinary mid-season rider change.

But a split was hastened when Monster Energy Yamaha announced the Spaniard’s suspension on suspicion of him attempting to blow up his engine at the end of the Styrian Grand Prix.

He wouldn’t ride again for the Iwata marque, and just days later was confirmed to be Aprilia-bound.

Thankfully, Supercars’ handling of Gen3 has massively improved in the past six months, but it wasn’t so rosy earlier in the year.

Unusual secrecy around the project left the pit lane up in arms, with multiple team bosses claiming to have zero knowledge of the new car that was supposed to be rolling out at the start of 2022.

The widespread outrage culminated in a crisis meeting in May to get everyone on the same page, with attendees sworn to absolute secrecy.

That proved a turning point, leading to the project being delayed to mid-2022 and eventually to the start of 2023. 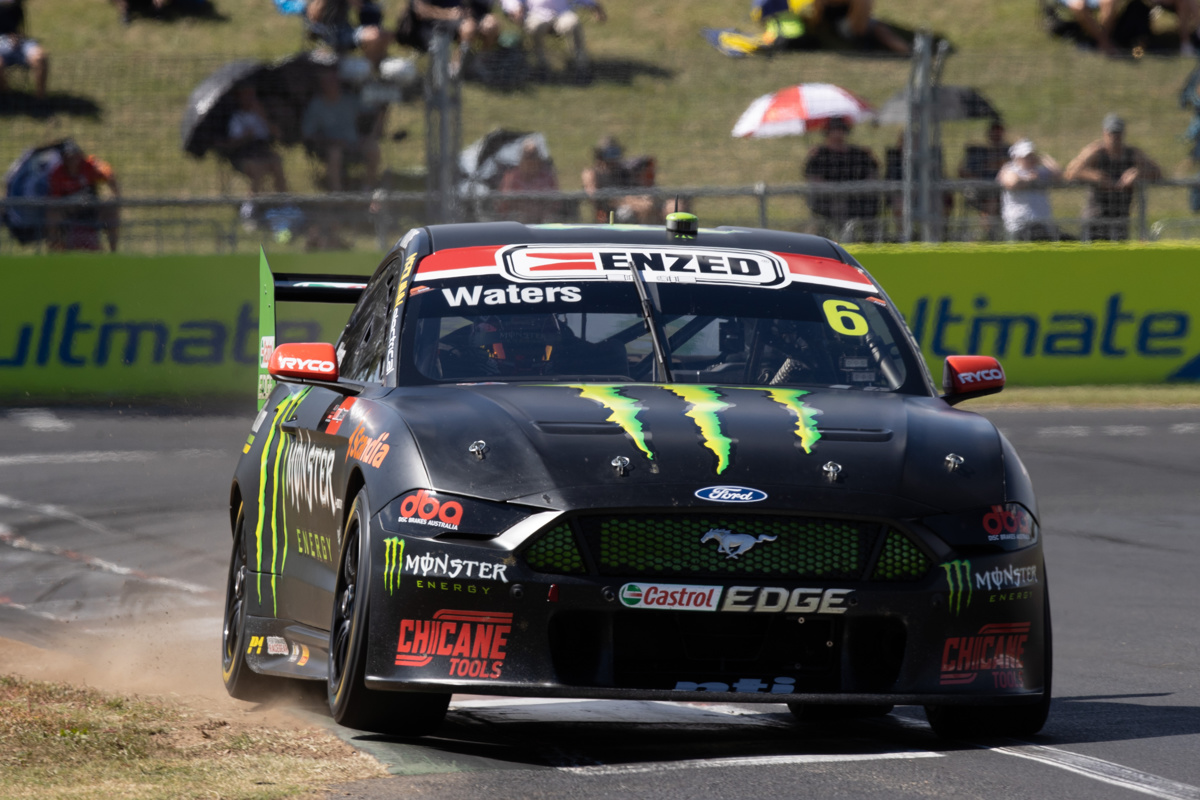 An early spat kicked up between Shane van Gisbergen and Cameron Waters, when the latter was accused of deliberately dragging dirt onto the Mount Panorama circuit during his Top 10 Shootout in-lap at the Supercars season-opener.

While it’s known that an official complaint was actually lodged by a separate team, Triple Eight via team manager Mark Dutton were the ones to come out swinging publicly, accusing Waters of an “intentional act” that could cause “serious risk”.

Waters denied any wrongdoing, but the wheels were set in motion for a tasty rivalry.

Denny Hamlin most certainly did not take kindly to his NASCAR Cup Series play-offs chances being jeopardised by Alex Bowman.

Hamlin was spun out of the lead in the penultimate race of the season at Martinsville Speedway.

While he still snuck through to the Championship 4 to duke it out in Phoenix, Hamlin made his feelings known post-race, driving his #11 Toyota towards Bowman in a scene that threatened to turn ugly. 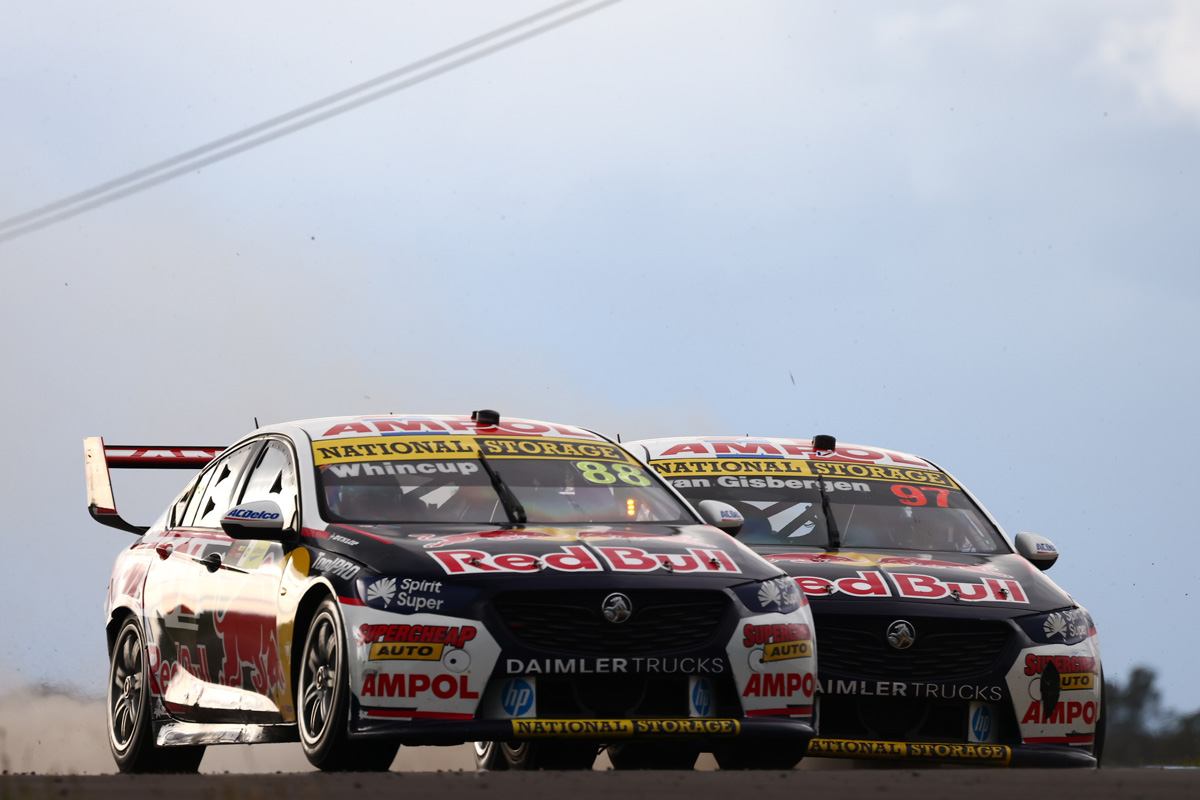 The most wild on-track moment of the 2021 Supercars Championship ironically was provided by Triple Eight team-mates Whincup and van Gisbergen.

With the clocking ticking on his full-time career, Whincup seemingly had had enough of playing the nice guy.

The seven-time champion refused to yield to the #97 as they both hunted rookie leader Will Brown ahead, and shoved van Gisbergen well wide on at least two occasions to make clear that he was not going to move aside on this occasion – despite being ordered to do so by team manager Dutton.

The defiance did not pay off, with Brown hanging on to win, but it sure did make for one heck of a race.

Tensions appeared to quickly calm in the aftermath, as Whincup prepares to be van Gisbergen’s new boss in 2022.

As had been the case for quite some time, there was no secret about the jostle between Valtteri Bottas and George Russell to be Hamilton’s future F1 team-mate at Mercedes.

That jostle intensified at the Emilia Romagna Grand Prix, when the pair collided at high-speed.

There was more to come though; it initially looked as if Russell had hopped out of his Williams to go check on Bottas, but it soon became clear the intent was to berate the Finn – complete with a mildly aggressive tap on the helmet.

Russell was the one eventually apologising, after some chastising by Mercedes supremo Toto Wolff. 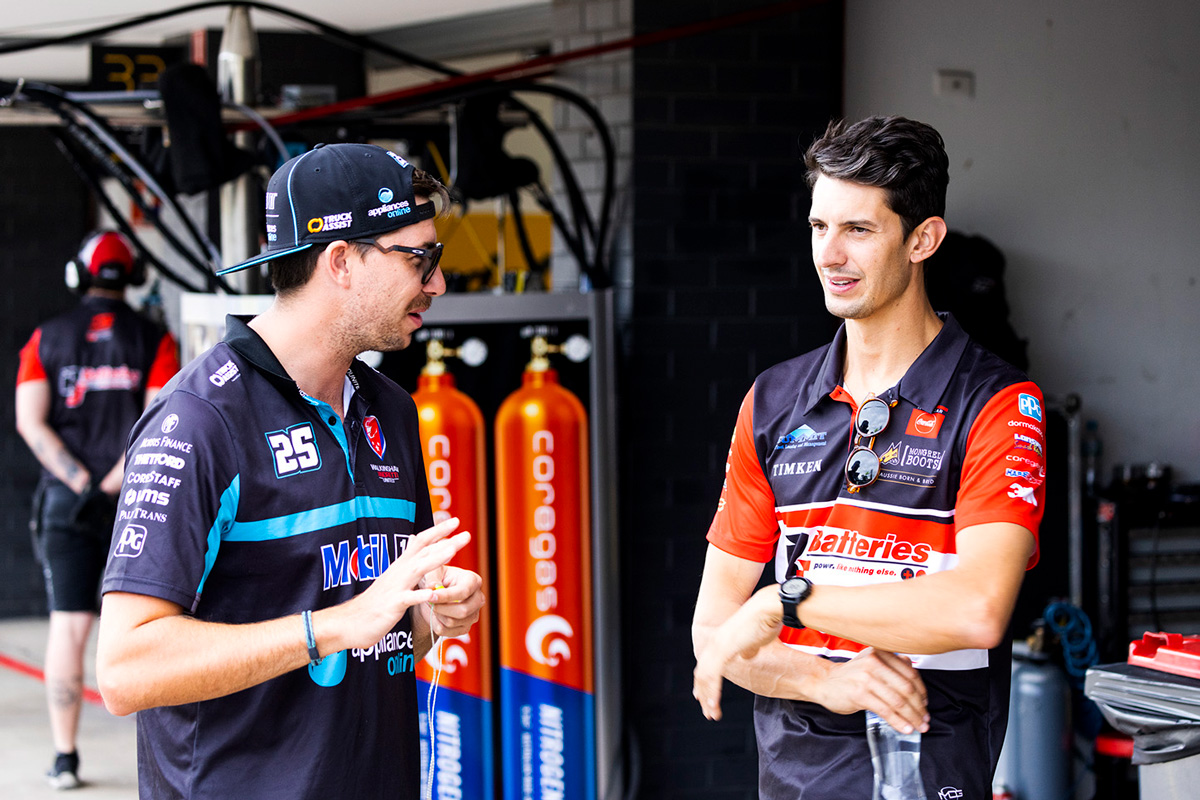 Chaz Mostert and Nick Percat will be team-mates next year. Picture: Ross Gibb

In one swift week, the 2022 Supercars driver market would be set alight.

Things had looked relatively straightforward until it suddenly emerged Andre Heimgartner and Kelly Grove Racing would unexpectedly be parting ways at season’s end.

Brad Jones Racing immediately became his expected destination – something that soon made more sense when Nick Percat announced he would not be staying with the Albury squad after all.

In total, there stands to be 11 new driver/team combinations on the full-time grid next year.

Reynolds forced out of SMP

After days of rumours spreading like wildfire in the Supercars paddock, confirmation came that David Reynolds would be sidelined for COVID-19 vaccination exemption-related reasons.

So many different stories have been told that it’s hard to make 100 percent truth of what exactly transpired, but it did put Reynolds’ short- and long-term future under a cloud.

In the end, the 2017 Bathurst 1000 winner missed just two events, and was back in action at a drenched Sydney Motorsport Park where he’d put his #26 Mustang on the second row of the grid.

Honourable mention: Kiwi youngster Liam Lawson was left shattered after a controversial DTM finale in which he was effectively taken out, and then lost the title when Mercedes employed team orders to get Maximilian Goetz to the front.