Ducati not starting 2022 with a number one rider

Ducati not starting 2022 with a number one rider 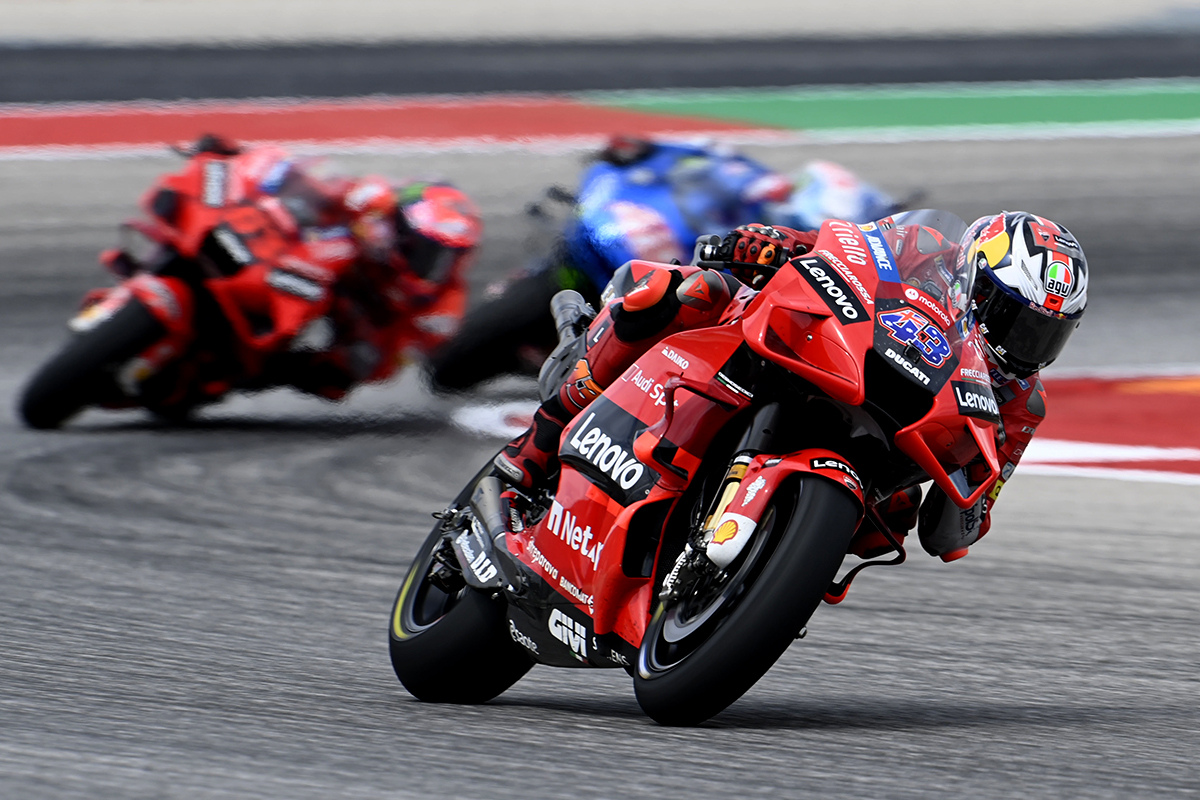 Ducati Corse general manager Gigi Dall’Igna says none of its riders will go into the 2022 MotoGP World Championship as its number one.

The Italian manufacturer will field eight entries across four teams next year, led by its factory Ducati Lenovo Team with Jack Miller and Francesco Bagnaia.

The 2021 season saw Miller and Bagnaia step up to the factory team from Pramac Racing, replacing Andrea Dovizioso and Danilo Petrucci.

Bagnaia led the charge for Ducati this year, finishing runner-up to champion Fabio Quartararo of Yamaha, while Miller wound up fourth.

Although the Italian earned twice as many wins as his Australian team-mate this year – Bagnaia four to Miller’s two – Dall’Igna said Bagnaia won’t get preference over Miller at the start of 2022.

“Honestly, we don’t focus on anyone in particular, in the sense that we don’t give one rider something better than another,” Dall’Igna told gpone.com.

“We have the strength to be able to give everyone the same opportunities, then clearly along the way we will evaluate whether during the season there will be the need to make certain reasoning.

“We are not starting with this in mind. Pecco was Ducati’s most in-form rider in the final part of the season, if he starts like this we will obviously look at him with special attention, but at the first race they will all have the same material ”

Throughout 2021, Ducati looked to have the upper hand on its rivals, at least on one-lap pace with 11 pole positions from 18 races.

Asked whether he was disappointed Ducati did not win the riders’ championship, Dall’Igna said this year was about preparing for 2022.

“No, I think that this was not the year in which we had to aim for the title if I think back at what was said about Ducati at the end of 2020,” Dall’Igna.

“It was a season in which we had to prepare for success and we did it well, indeed maybe we were above the expectations, it is difficult to have regrets after such a season

“It has been an incredible season, certainly the best since I’ve been with Ducati,” he added.

“We did a lot of good things, especially in the last part of the year: four victories in the last six races, I honestly would also put a fifth at Misano in there even if Pecco crashed because we had decided to take a risk with the tyres.

“It was a wonderful finish, the last race with three of our riders on the front row and on the podium it was something exceptional, stratospheric, a unique emotion that I will always remember.”

Alongside its factory team, Gresini Racing, Pramac Racing, and the VR46 Racing Team will field Ducati bikes in 2022.

The 2022 MotoGP World Championship gets underway with the Grand Prix of Qatar on March 6.