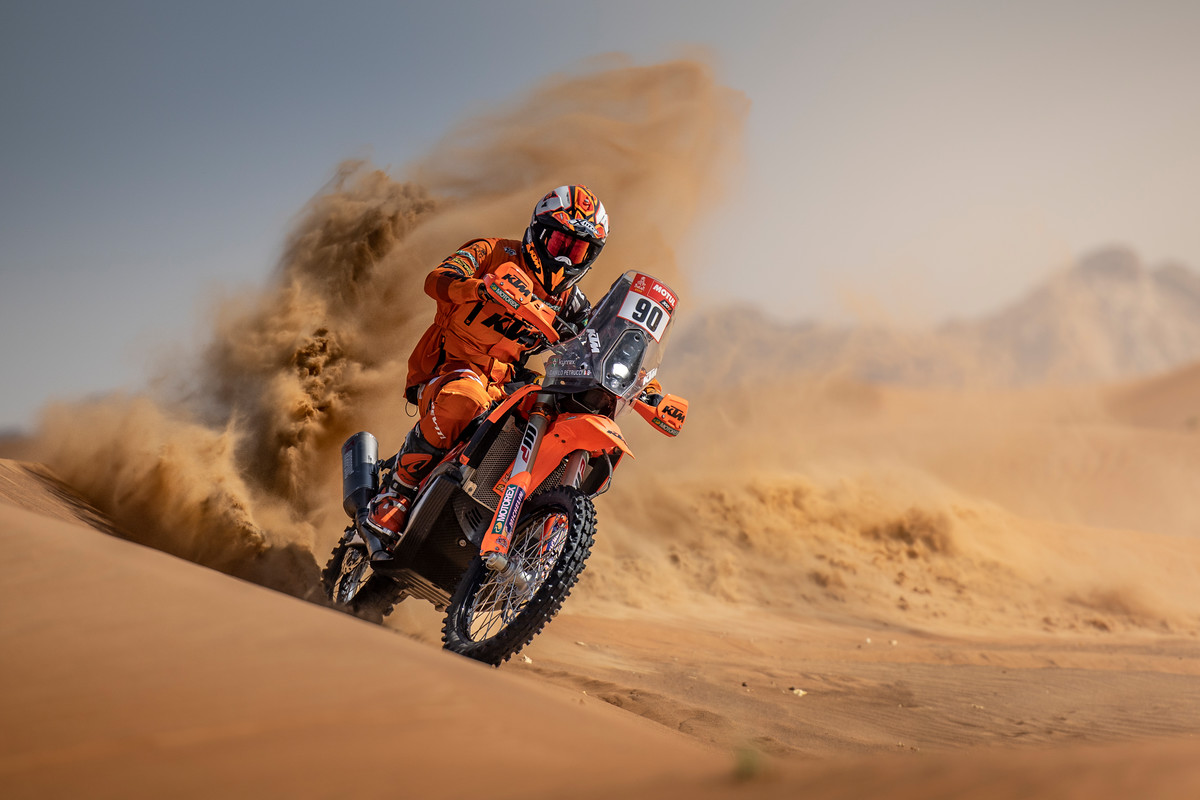 Danilo Petrucci will ride for KTM in the 2022 Dakar Rally

Danilo Petrucci has reportedly been cleared to make his Dakar Rally debut after a COVID-19 scare on the eve of the event.

The Italian tested positive for coronavirus on Thursday, casting doubt on his participation in the event.

However, the KTM rider has since tested negative and received medical clearance to participate in the endurance rally, according to gpone.com.

Petrucci has made the unprecedented switch from MotoGP to the Dakar Rally after 10 years of racing in the premier class.

The 31-year-old contested MotoGP this year with the Tech3 KTM Factory Racing team and has continued that relationship with the Austrian manufacturer across to Dakar.

“This is really one of my biggest challenges of my lifetime,” said Petrucci in the lead up to the event.

“I’ve always been a big fan of the Dakar Rally. I have always had the target to race one day in the Dakar. Thanks to KTM, we are good to go.

“I think I am the first one to do such a big jump from MotoGP to Dakar Rally. I think they are quite at the opposite of the motorcycling world.

“I am racing since I was a child, so I am quite used to do a race, but I never been for example so many hours on a bike.

“I think I just can use my, let’s say, my skill and my human side to be fast on a Dakar bike. I just need all of my effort and my skill to arrive to the end.”