Joey Mawson is eyeing a future in the Repco Supercars Championship after having his first test with Brad Jones Racing.

The Sydneysider was joined by Supercars full-timer Macauley Jones at the evaluation day, who Mawson grew up racing with in karts.

On the whole, it was an encouraging first taste of what the future might hold.

“I was actually really surprised with the Supercar. A lot of drivers have told me not to expect too much from them.

“They’re big and heavy, but everything about them was a lot better than what I anticipated; the power, the grip, how the car handled, so I actually really enjoyed myself.

“I, of course, was driving with the manual gear shift, and I really enjoyed that aspect a lot more, changing gears with a stick than driving with a paddle shift. 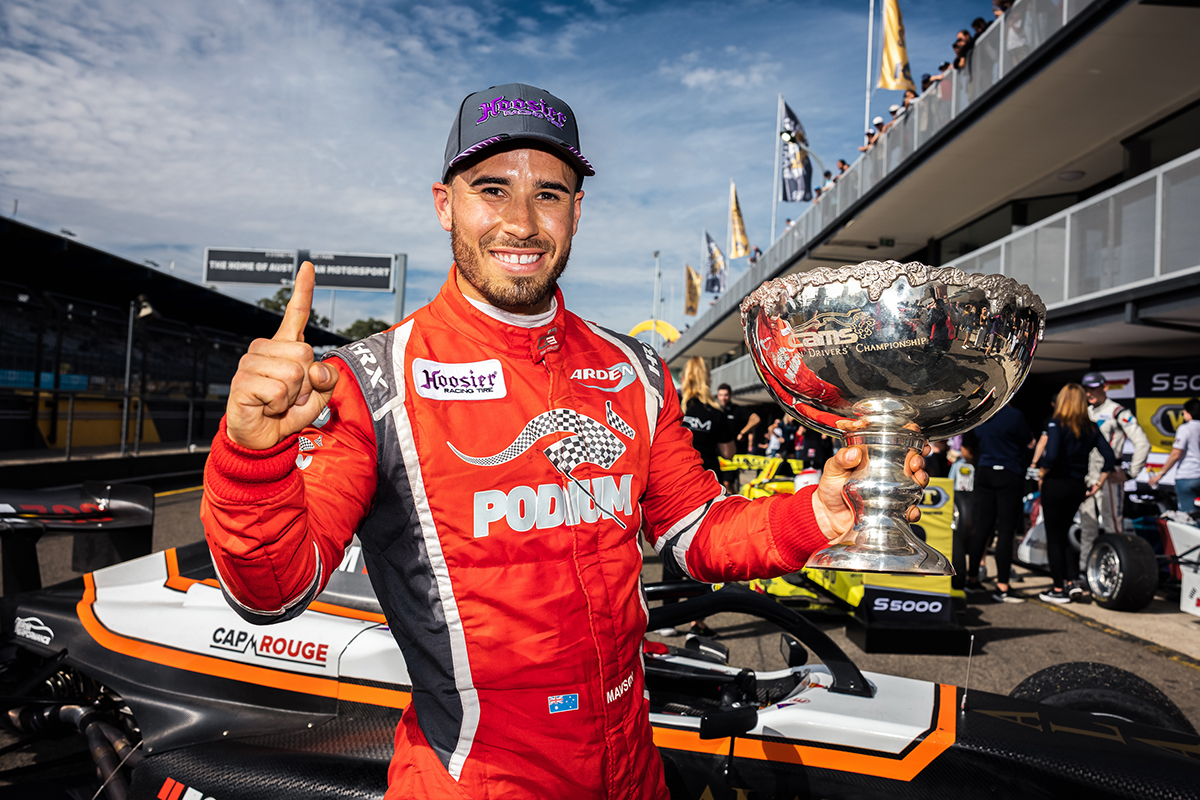 To date, the 25-year-old has largely focused his racing ambitions on Europe.

Mawson won the Formula 4 title in Germany in 2016 before moving into Formula 3 competition and then Porsche Supercup.

This year he focused his attention on a domestic campaign, winning the inaugural S5000 Australian Drivers’ Championship with Team BRM.

It’s all part of a long-term ambition to race in Supercars, the test marking the next step towards that goal.

“Obviously to make a career in Australia you have to be in Supercars,” said Mawson.

“This is the first step and taste of heading in that direction. Basically, my plans are to do S5000, a second season of it, for 2022, then beyond that to move into Supercars, whether that be Super3 or Super2.”

Mawson said he’s been encouraged by the likes of Thomas Randle and Anton De Pasquale, who both tried the European path before returning Down Under to take on Supercars.

“They’ve come from a pretty similar background to myself,” said Mawson.

“I guess I’ve been in single-seaters for a bit longer than them, but they’ve proven that you can transition. Obviously, that’s what I’m hoping to do.

“That was one of the goals of the test, to see how I transitioned and would adapt to the Supercar. I was pretty surprised with how I adapted.”