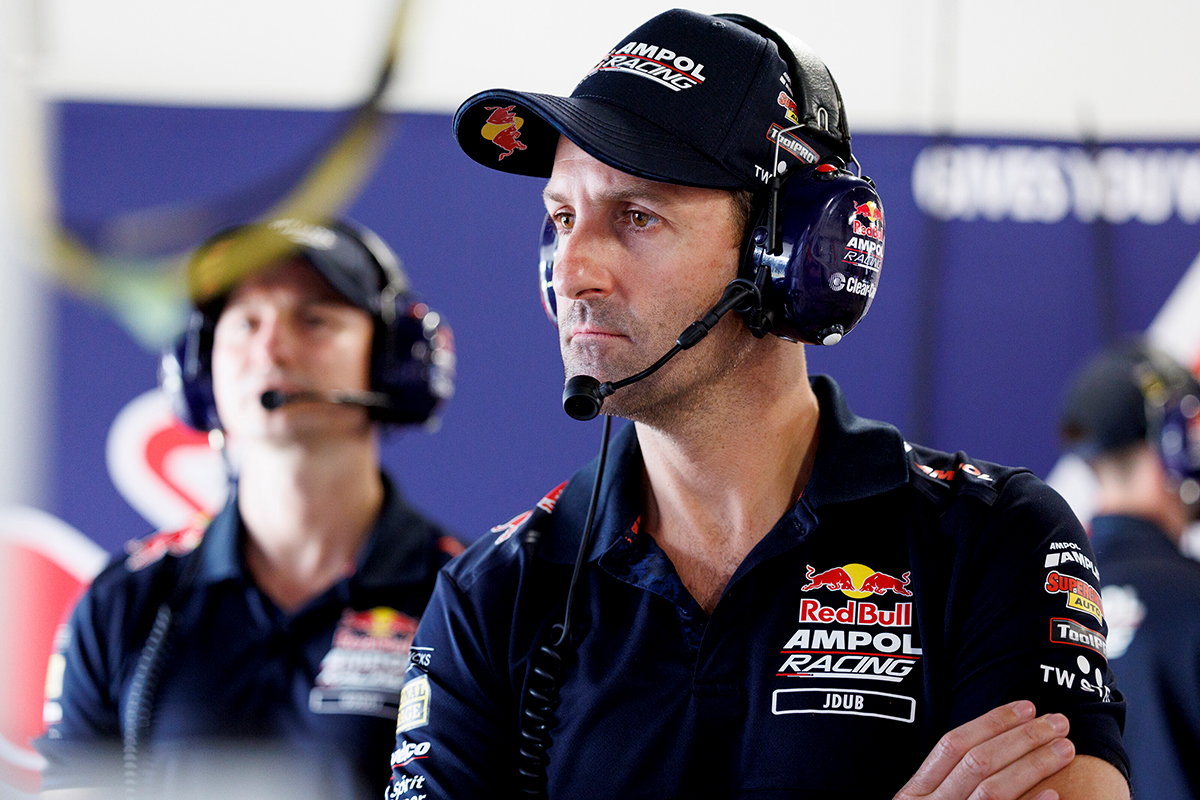 Whincup has taken the reins from Roland Dane, who recently relinquished his ownership stake to the seven-time Repco Supercars Championship winner.

Quinn is still the majority shareholder at 40 percent, though Whincup and Jess Dane now sit on equal footing at 30 percent apiece.

The 2022 season will mark a new era for Whincup, who will balance his new role as team principal and managing director alongside his other business interests and the arrival of a baby.

Although there’ll be a noticeable change to the make-up of Triple Eight, Quinn said his expectation to win doesn’t wane.

“I think Jamie… everyone says ‘Oh he’s got a big job’, he has got a big job ahead of him, but I’ve told him in no uncertain terms that he has my 110 percent support,” Quinn said on Episode 9 of KTM Summer Grill.

“There’s no doubt that if he trips and falls, the media and everyone else will pounce on him, but he’s strong enough.

“He’s no dummy, he’s no slouch, he’s as much a good businessman as he is a good driver, so look out.

“I have total faith in Jamie’s ability. Of course, with the support of Jess too. She’s an important part of the structure there too.

“It’s a young team. Roland is one year older than me. We’re all old guys, we’ve done it, we’ve been there. These guys need to take the next level.

“I’m 100 percent sure that he won’t have a trouble-free run, I’m sure of that, and nor should he, he doesn’t deserve that. He needs to have a few trips and stuff like that.”

Those appointments came after Wes McDougall decided to step down to focus on his health while David Cauchi took up a new role at Grove Racing as its team principal.

Despite significant upheaval, Quinn said the team is still as strong as it was beforehand.

“You’d be surprised at the solidarity that’s in the camp,” said Quinn.

“It’s such a well-oiled machine. The problem they’ve had in the past is that there’s been some really good guys come up the ranks and they get to a point where there’s nowhere to go.

“That’s the case with Cauchi. He wanted to move up but there was no room for him.

“Dutto [Mark Dutton, team manager] and JJ [Jeromy Moore, technical director], there was no room for [Cauchi] to move up so he had to move on. He’s most welcome to come back.

“Many teams have got similar issues,” he added.

“What’s your next move? It’s like playing chess. I guess everybody watches what Triple Eight does. I’m here to tell you our plans are well thought out and will be well executed.”