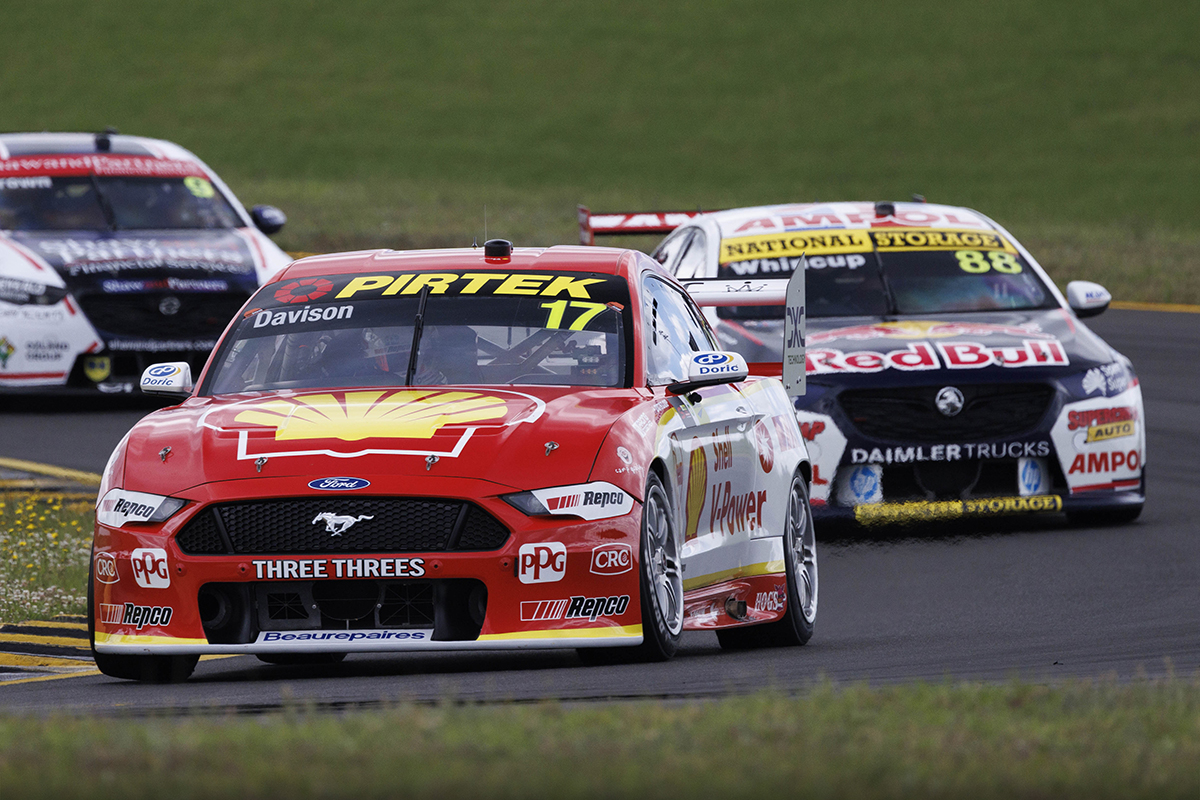 Motorsport magnate Tony Quinn has revealed he had discussions with Dick Johnson Racing about buying into the eponymous Supercars squad.

The revelation was made on Episode 9 of KTM Summer Grill, discussing his first year as a team owner of Triple Eight Race Engineering.

At the beginning of this year it was announced Quinn had bought into the Banyo-based team, taking a 40 percent stake in Triple Eight.

“I had a choice between DJR and Triple Eight to be honest,” said Quinn.

“I had discussions with both of them, but clearly, as demonstrated, Triple Eight are just so, so much more advanced with their business model and their performance that it was an easy decision.”

Asked why he chose to invest in Triple Eight, Quinn said the timing was right for him off the back of several movements in Supercars land.

Supercars signed a new naming rights sponsor for the category and the Bathurst 1000 in automotive retailer Repco.

A new television deal was also struck with Foxtel and the free-to-air network Seven, returning the championship to its screens for the first time in over half a decade.

Supercars is also just over a year away from Gen3 making its long-awaited racing debut.

Quinn said it was a case of all the planets aligning in what is part of a wider plan philanthropically.

Part of that plan includes his foundation, a scholarship that aims to find the next Scott Dixon, Shane van Gisbergen, or Scott McLaughlin.

Already he’s incorporated Triple Eight into the mix, with the New Zealand Toyota 86 Championship winner earning a test drive of a Supercar.

“I’ve obviously had a very successful business life, I’ve made a few shekels along the way, what do you do with that when you’re gone? You need to put it to good use,” Quinn explained.

“My major emphasis is on what’s called the Pop Eye legacy. My grandchildren call me Pop Eye, and the legacy will continue with the tracks that I own, the three tracks in New Zealand and the track in Australia.

“The whole giving back to motorsport and supporting the journey of young people throughout the sport is all part of my legacy.

“I have the tracks covered off a wee bit, and I looked at where can they go? They can go to America, Europe, whatever they want to do, but if they want to come to Australia you want to have connections to a good team.”

“For me, it was a business to invest in that gave me a future option for the legacy and obviously it’s very enjoyable. As I stop racing myself, to continue on in the business of racing, it’ll be a pleasure I’m sure.” Obtaining a stake in Triple Eight was one of many acquisitions in 2021.

After over a decade of trying, Quinn acquired Queensland Raceway from long-time operator John Tetley.

The entrepreneur hailed his first year with Triple Eight a resounding success.

“It’s been an amazing experience for all the experiences that I’ve had in business and life,” said Quinn.

“Triple Eight has been an absolute pleasure, I have to say.

“Normally, when I invest in a business of that kind, I usually have to go in and sort it. You have to clean it out, fix it, change the direction, take some strategic decisions, move on, change of staff, to make it work. But honestly, I have done nothing.

“The business is so good that it runs so well. Roland, in particular, has done a marvellous job of setting the business up. Jess is a very determined woman. She’s very clever, she’s a lawyer. Of course, Jamie has been concentrating on the driving. Of course, Shane has done a great job too. But the whole team, just great guys, and they all do a great job.

“I didn’t really want to do anything in the team because I didn’t want to go change anything. Roland and Jamie didn’t want that either. We agreed at the beginning that wasn’t going to happen, which suited me, suited them.