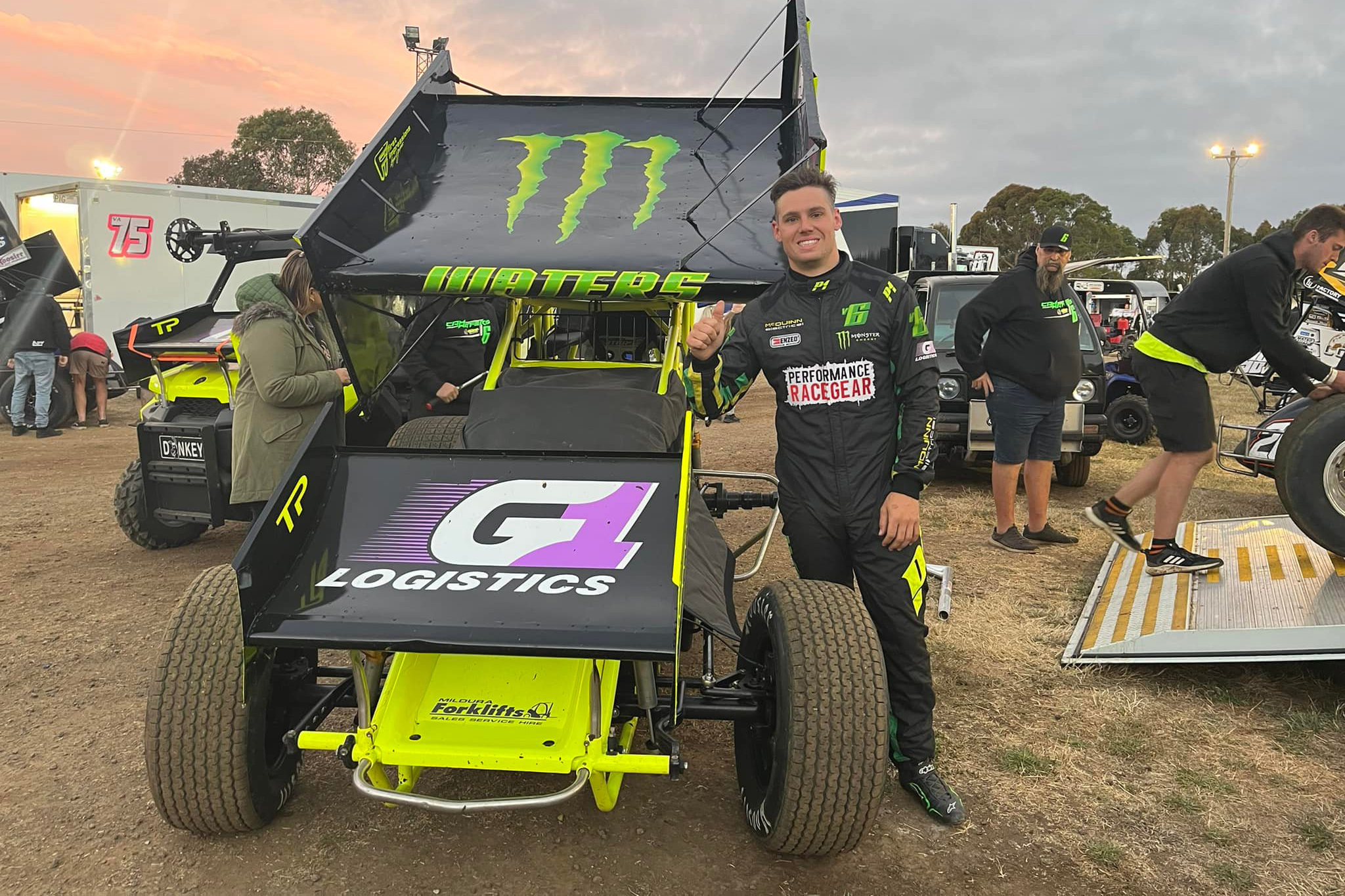 Cameron Waters with his #V6 Sprintcar

Just a day after being involved in a fiery crash, Cameron Waters has bounced back at Simpson Speedway.

The Tickford Racing driver was an innocent victim in what was a scary crash involving Tim Hutchin and Jack Lee at Avalon Speedway on Boxing Day.

Just a day later, Waters put in a storming drive to win Heat 4 of the night at Simpson Speedway in what was the third round of the Eureka Sprintcar Series.

Daniel Petska finished second to Waters while Mitchell Smith rounded out the top three finishers in the nine-car field.

That earned Waters a spot in the night’s 30-lap, 18-car A Main feature race, where he would finish sixth in the #V6 from fifth – his best starting and finishing position in a Sprintcar feature race to date.

“Had another great night in the car,” said Waters.

“The boys did an amazing job getting the car fixed, after the damage yesterday.

“It’s a good reward for the team after fixing the car. The results qualified us to start fifth in the A-Main and ended up finishing sixth.

“It’s our best result since we’ve started. Really happy with it all and I can’t thank the team enough.”

Corey McCullagh won the night’s feature in the #V90 in a close finish over #T62 driver Tate Frost, who finished 0.077s adrift in second.

Jacob Smith in the #V72 rounded out the podium, 1.941s off top spot at the chequered flag while Petska and Grant Anderston completed the top five.

Waters’ next outing will be back at Avalon Speedway on December 30.