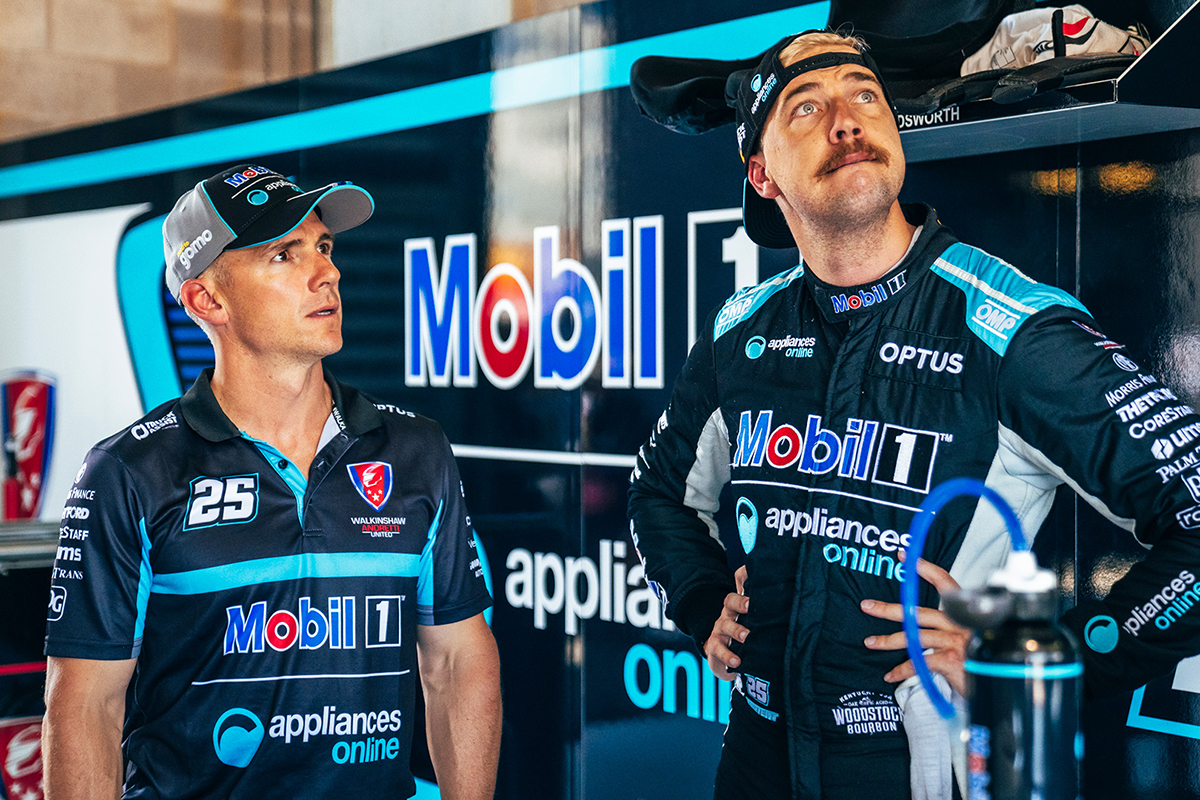 With news that Lee Holdsworth will join Grove Racing next year, in this week’s Pirtek Poll we want to know who you think should be Chaz Mostert’s co-driver in the 2022 Bathurst 1000.

Walkinshaw Andretti United has great momentum on its side heading into the new year off the back of its first Bathurst 1000 win in a decade.

Mostert goes into 2022 undoubtedly as one of the favourites for the Repco Supercars Championship, making a co-driver signing all the more important.

There’s an obvious choice already within the team’s ranks who would easily slide into the #25— that being Warren Luff.

‘Luffy’ has over 20 starts in the Great Race and has only gotten better with age.

In six of his last 10 starts the Gold Coast-based stunt driver has been a podium finisher; however, victory has unfortunately remained elusive.

Might WAU be inclined to poach its most recent Supercars champion back?

Garth Tander and Shane van Gisbergen have been a formidable combination in the two years they’ve been together at Triple Eight Race Engineering.

Having been dropped by Garry Rogers Motorsport at the end of 2018, then Triple Eight team principal Roland Dane wasted no time signing Tander to its ranks.

Van Gisbergen will no doubt be keen to retain the 2007 champion, but might Tander be swayed for a reunion?

The change of guard in 2022 at Triple Eight with Jamie Whincup stepping away from full-time driving and into the team principal role might result in a shake-up.

Assuming the seven-time champion wants to co-drive next year, that leaves Triple Eight with three drivers in Whincup, Lowndes and Tander, but only two seats available.

There has been chatter of another wildcard, backed by Supercheap Auto, which would likely solve that issue.

Although, WAU might put paid to that if it can snag Lowndes or Tander.

Lowndes reuniting with the team which gave him his start in Supercars is nevertheless a juicy storyline.

Mostert and James Moffat are known to be great mates, although the latter has been part of the fabric at Tickford Racing since 2018 – two starts coming with Mostert in ‘18 and ‘19.

WAU could take a chance on a young driver, Zane Goddard for example, who will be fresh off his first full season in the championship.

Jayden Ojeda has been on the fringe of the WAU fold for some time, and a Super2 Series programme with the team in 2022 might point towards a co-drive in either the #25 or #2.

With coronavirus-induced travel restrictions beginning to ease around the globe, might WAU look internationally?

The team has strong ties to Europe and North America through its ownership links courtesy of Andretti Autosport and United Autosports.

Previously, the team has leant on its ties to Andretti Autosport, fielding one of its IndyCar Series drivers Alexander Rossi and James Hinchcliffe in a Bathurst 1000 wildcard.

Rossi has expressed an interest in returning Down Under in recent months. His 2022 IndyCar Series season ends in time for the Bathurst 1000.

Who do you think should co-drive with Mostert in the 2022 Bathurst 1000? Cast your vote below or leave a comment.