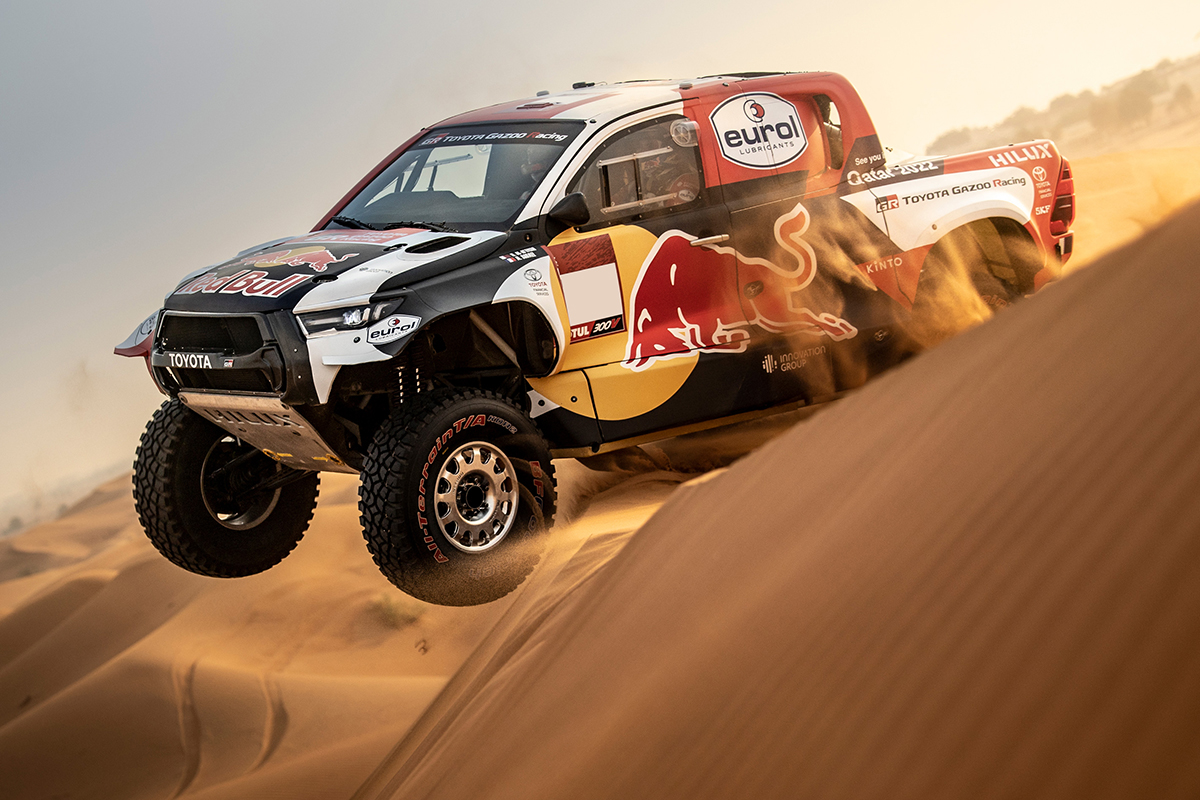 Toyota Gazoo Racing is hoping to continue its winning momentum into the 2022 Dakar Rally off the back of victory in this year’s FIA World Cup for Cross-Country Rallies.

Nasser Al-Attiyah and Mathieu Baumel won the 2021 title having claimed four out of six rally wins across the globe.

Al-Attiyah and Baumel started this year off with a victory in the Andalucia Rally (Spain) before Rallye du Maroc (Morocco), the Abu Dhabi Desert Challenge (United Arab Emirates), and the Hail Rally (Saudi Arabia).

In 2022, Toyota will once again field a four-pronged attack with its all-new GR DKR Hilux T1+ ute.

“The team is fully prepared for the upcoming Dakar, and we are excited to test our new Hilux T1+ against the competition,” said Hall.

“We’re confident that the new car has put us on an all new level, but you never know just how good you are until the flag drops for the start of the race. We can’t wait to get going in Hail.”

Next year’s Dakar Rally will also mark the first round of the inaugural FIA World Rally-Raid Championship.

“We are very proud of winning the 2021 World Cup – a third victory for Toyota Gazoo Racing,” said Al-Attiyah.

“The car that brought us all the wins in 2021 was extremely reliable and very fast, but the new car is definitely better.

“We’re ready to attack from the start at the Dakar Rally, as we’ll be aiming for the top step of the podium.”

After suffering a puncture in the 2021 edition, de Villiers is keen to bounce back from his eighth place finish.

“We’ve been plagued by many punctures during the previous few Dakar Rallies, but we hope that the new T1+ specification will give us an opportunity to attack throughout the event,” he said.

“The new car and new engine is a powerful combination, and we are confident that we’ll be able to take the fight to the competition.”