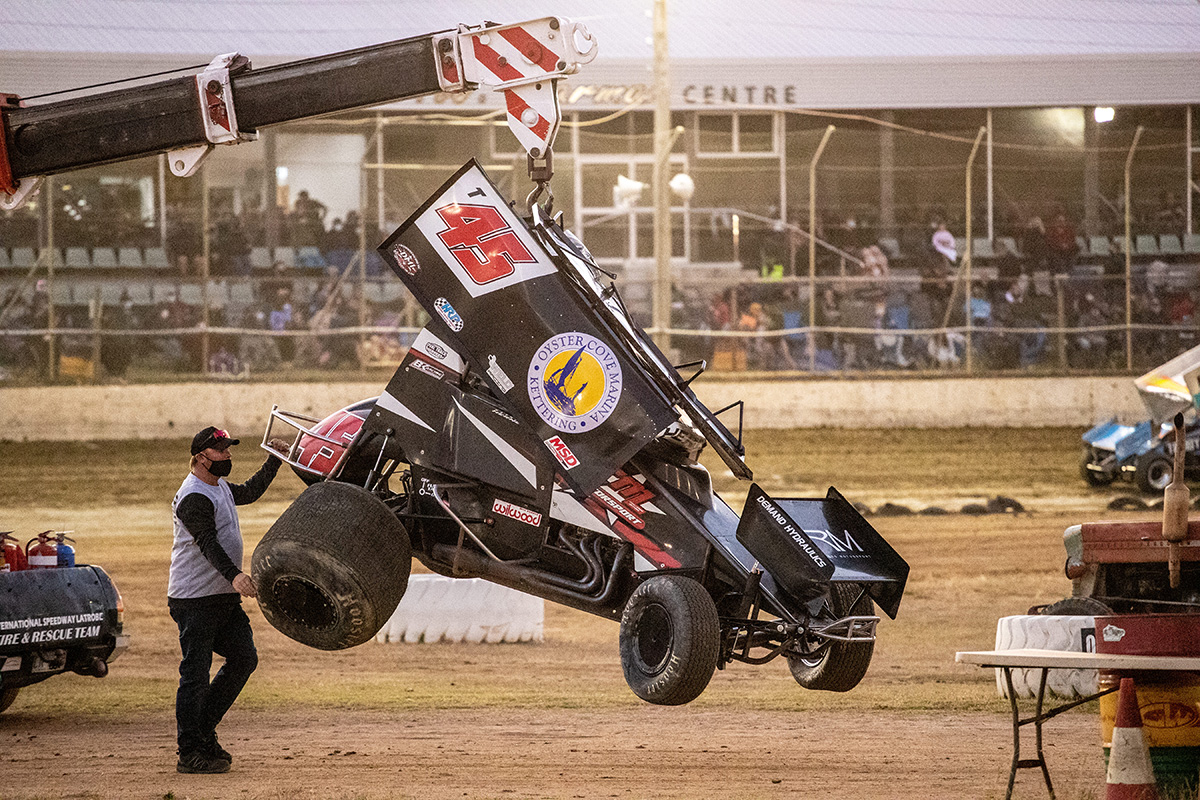 Herne crashed in Heat 3 of the night at Latrobe Speedway. Picture: Angryman Photography

Nathan Herne felt firsthand what it’s like when it goes wrong in a Sprintcar, crashing in only his second speedway event.

Competing at the ‘Almost’ New Year’s Eve Fireworks Spectacular at Latrobe Speedway, the 19-year-old rolled his Sprintcar in Heat 2 of the night.

The Luttrell Motorsport entry was quickly repaired, Herne returning for the night’s A Main feature race sporting a new wing where he would climb from 14th to 10th.

Taking to social media after the night’s event, the Garry Rogers Motorsport driver said it was a harsh learning experience.

“Car drove me for 99 percent of the night instead of me being able to drive the car.

“Finished the night in 10th in the feature after a roll in Heat [2], tried to line up another car at Turn 1, car gripped, drove over the cush[ion] and I was just going to the fence.

“Such a fast track that the small mistakes cost you big time!

“Ridiculous how little grip you have over the cush. Feels like it’s been raining, you’re driving on oil, and on the grass in a bitumen car.

“We didn’t do much damage, so were able to press on for the rest of the night.

“A week off before we go racing at Hobart in the Tassie State title this Saturday night!”

The night’s feature race was dominated by Jamie Bricknell who lapped all but second place finisher Brody Appleby. The podium was rounded out by Jack Crossin.

Herne’s speedway sojourn will see him contest the lion’s share of the 17-round Tasmanian Sprintcar Championship.

The Melburnian is being mentored by two-time Supercars champion-turned-NASCAR driver Marcos Ambrose.

Herne’s father, an accomplished speedway racer in his own right with five National V8 Dirt Modified titles to his credit, has been helping the youngster’s development too.