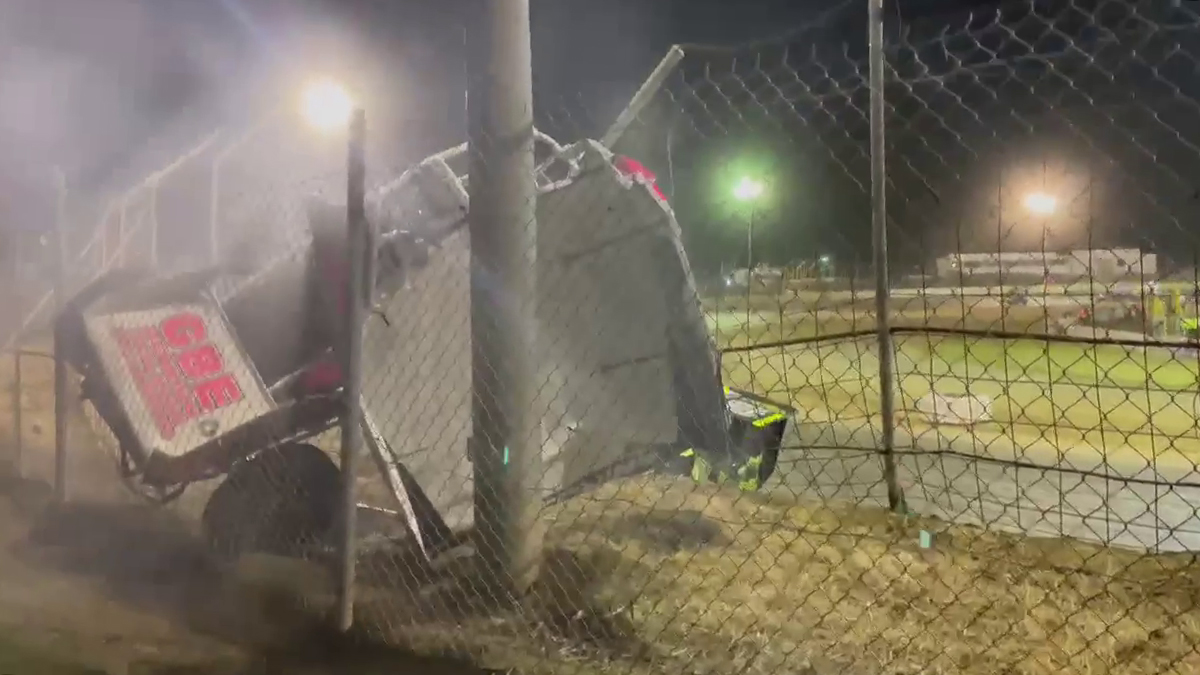 The #T7 of Tim Hutchin tangled in the catch fence with Waters’ car behind him on its side. Picture: Caitlyn Barry

Competing for Chief Racing at the dirt speedway in Lara, Victoria, the Tickford Racing driver opened his account by finishing third in Heat 1 behind Corey McCullagh and Brock Hallett.

The 27-year-old backed that up with a fifth place finish in the second of his 10-lap sprints, Heat 7, which was won by Bobby Daly.

That was enough for Waters to make it through to the night’s A Main feature race.

A three-car pile-up at Turn 2 on the opening lap brought proceedings to a brief halt early, resulting in a full race restart.

The night’s final would ultimately last just two laps after a wild ride for Tim Hutchin saw him flip and climb the catch fence.

Waters was an innocent victim in the melee, sliding up into the outside wall as he sought to avoid the incident unfolding in front of him.

Waters’ contact with the wall resulted in the #V6 rolling onto its side while the #T7 of Hutchin was flipped and found itself suspended from the fence.

Jack Lee in the #VA25 was another victim in the incident, rolling his Sprintcar end over end.

Ultimately, proceedings were called to an early end as the night hit its curfew.

McCullagh led Grant Anderson and Tate Frost at the time of the stoppage, though the race was declared a non-result.