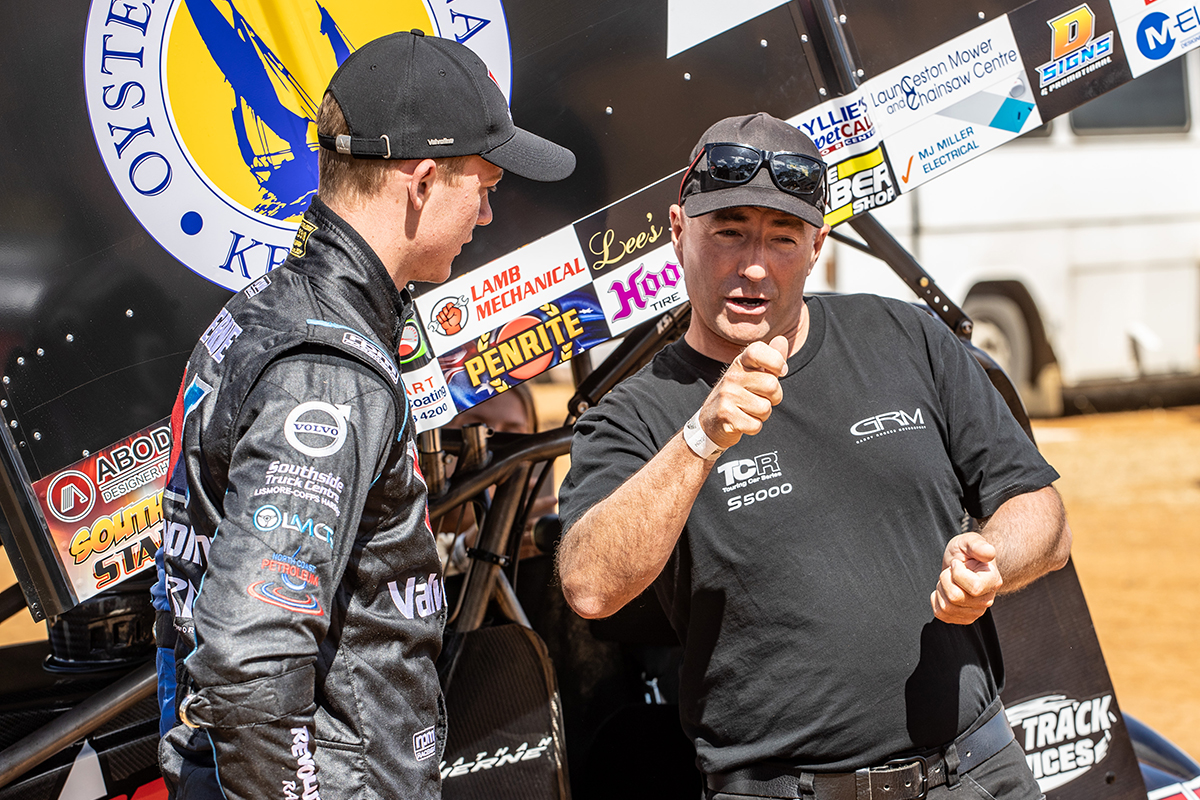 Garry Rogers Motorsport driver Nathan Herne says he’s soaking up every second with Marcos Ambrose as he gets to grips with the speedway scene.

Herne made his Sprintcar debut yesterday at Carrick Speedway, his qualifying laps marking the first time he’d ever set foot in a winged 410 Sprintcar.

The 19-year-old progressed as the night wore on and lowered his best lap time by several seconds by the event’s close, but ultimately suffered a puncture in the final feature race.

Nevertheless, it was a productive day for Herne who leant on former NASCAR driver Ambrose.

“Marcos, he’s a top bloke, he’s been around the block a couple of times,” Herne told Speedcafe.com.

“He’s one of the most experienced guys in Australia in all forms of motorsport and he’s taught me a lot.

“I’m lucky to have him in my corner. He’s the king of Tasmania in a way. He knows a lot of blokes down here.” 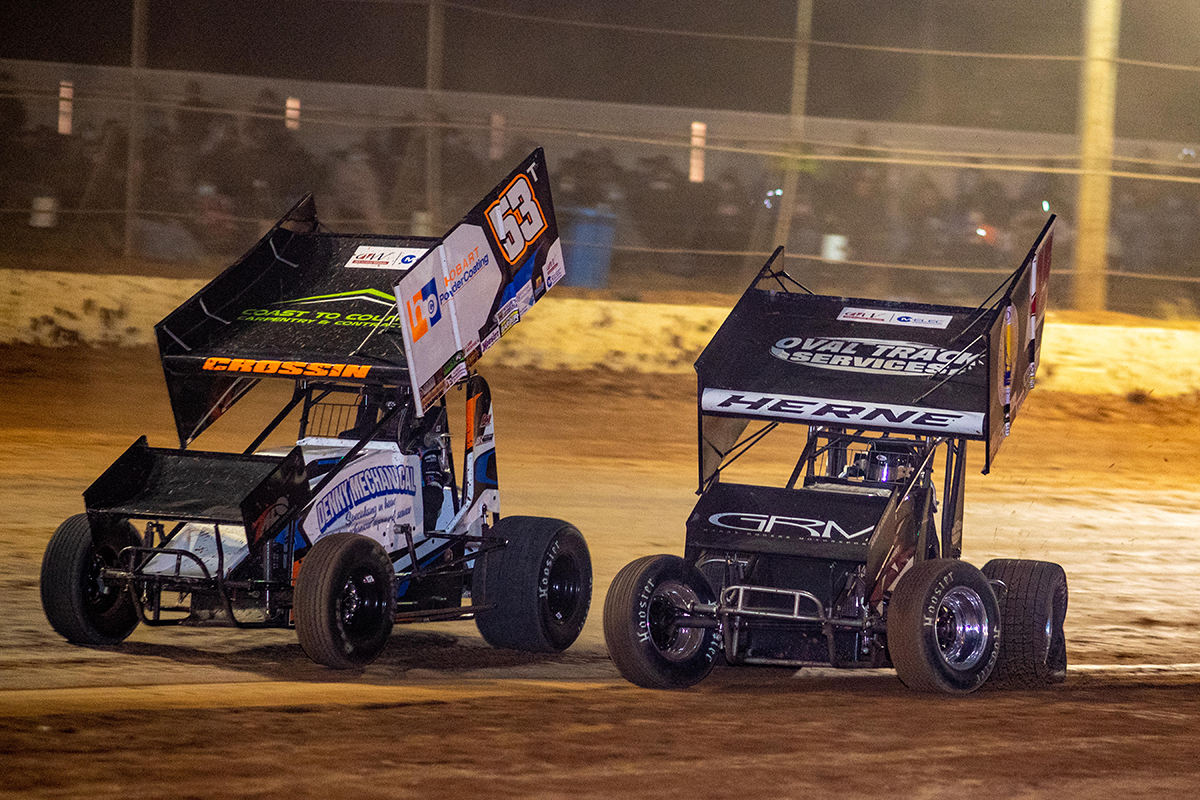 Herne isn’t all that unfamiliar with speedway, having grown up watching his dad on the dirt.

Despite having a desire to race, the speedway circles were reserved for his sister while Herne had the bitumen to himself.

Having recently joined the Garry Rogers Motorsport fold as the team’s competition director, Ambrose decided to put the speedway programme together for Herne.

“Working with GRM now, Marcos came in and worked with us for a little bit before the last COVID lockdown,” Herne explained.

“We were just in a lunchroom and talking about racing in general as you do, and I was telling him about my family’s history and speedway and how I grew up racing paddock bashers.

“I always wanted to race speedway but never had the opportunity to. My sister put a ban on me doing speedway because that was her thing to do with dad. So I was never allowed to do it, I was stuck to the bitumen.

“I saw the cogs ticking over in his head and then got called into a meeting with him, Garry, and Barry about a week later and said they wanted to put me in a Sprintcar and try something different.” 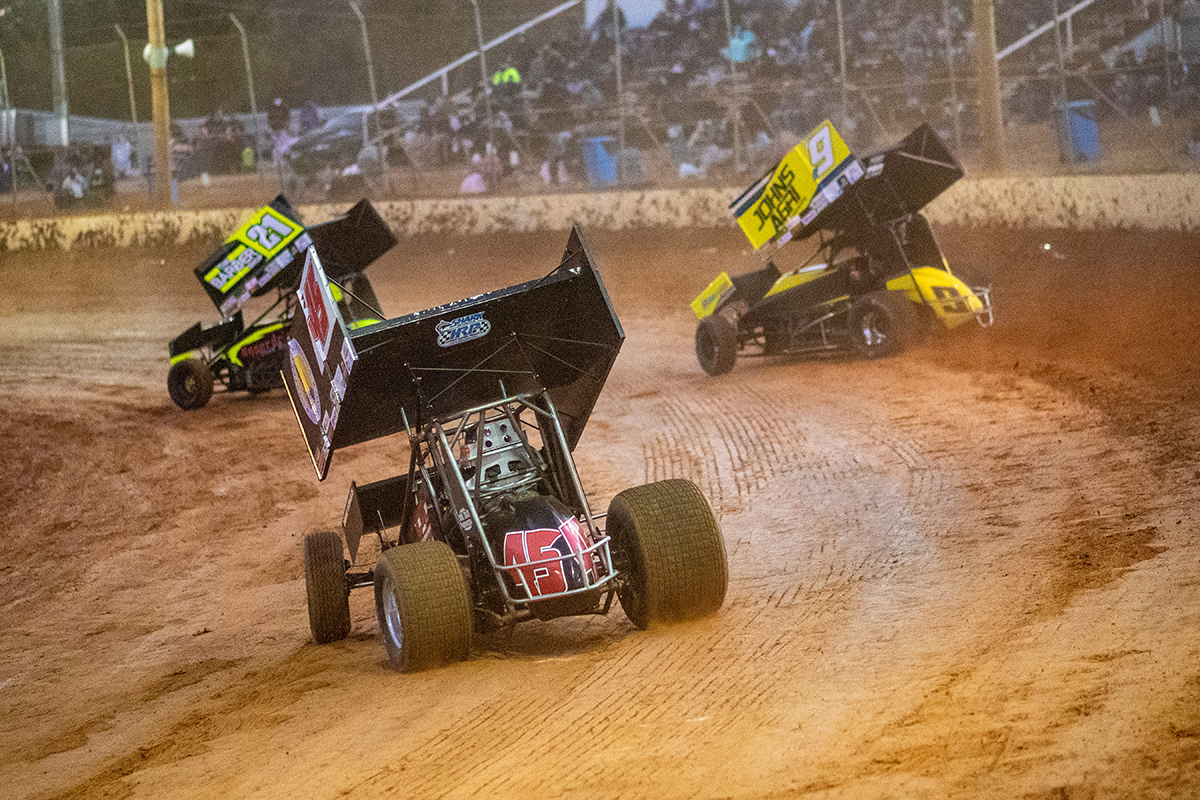 Herne is hoping to finish the feature race in his second event at Latrobe Speedway. Picture: Angryman Photography

More accustomed to S5000 and TA2 cars he’s driven in recent years, Herne said he was surprised by the grip the Sprintcar provided.

“It was very different, it was completely the opposite of what I was expecting,” he said.

“I thought the car was going to try and keep turning around on me and spin around.

“My first session, I looked like an absolute Gumby I reckon. After the first session, I got my head around it and trusted the wing and the grip of the car and really started to put my head down and think about it.

“I had enough people there to teach me. To even be able to beat a couple of the locals that have done five rounds down here as well, to outdo them in hot laps was pretty cool.”

So far, Herne has completed all of 21 laps on the dirt.

Tonight he’ll have his second hit-out at Latrobe Speedway where he hopes to build on his first crack.

“I’m learning at a rate I definitely didn’t expect to be,” said Herne.

“I expected to be a fair bit off, especially this first meeting.

“I’ve definitely impressed myself and a lot of other people from speedway from Tasmania.”