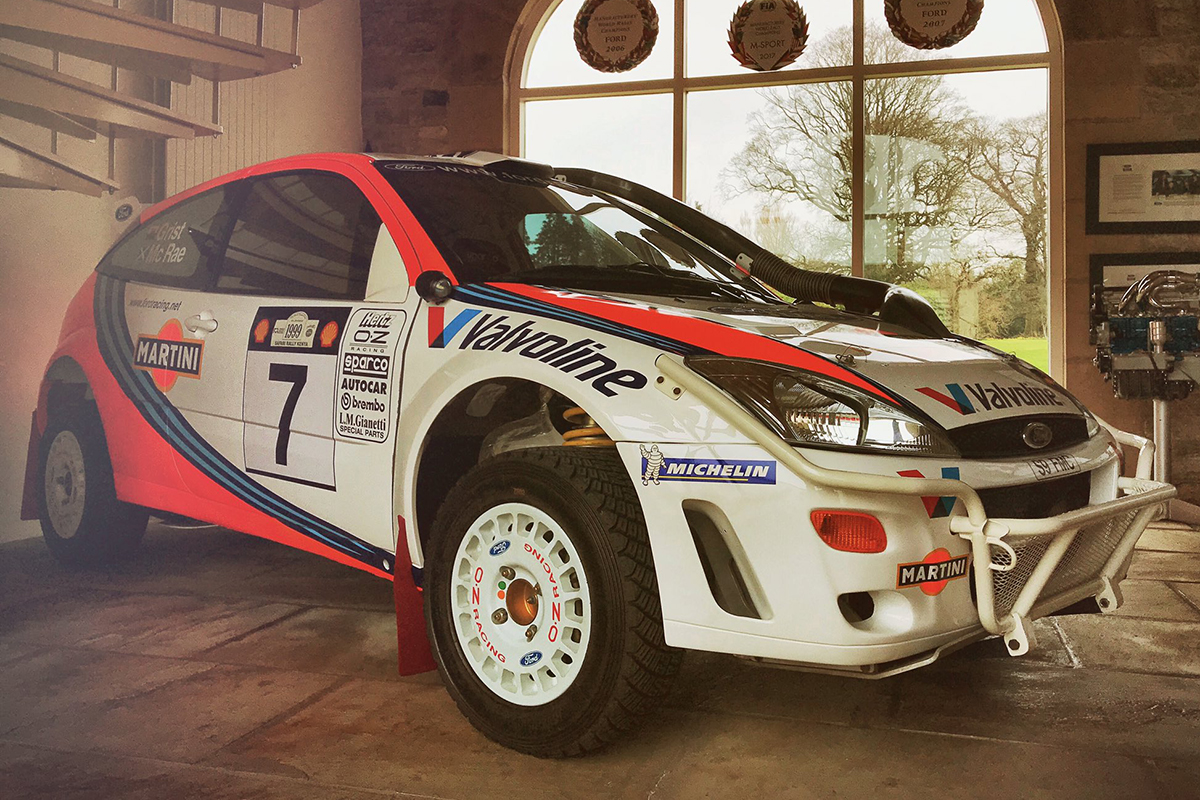 After nearly a decade at Subaru, McRae was lured to the factory-backed Ford squad in 1999.

That tenure would last until 2002 and in that time he would win nine World Rally Championship events.

However, championship success would elude him. His best result was second in the drivers’ championship in 2001 behind Subaru’s Richard Burns.

McRae would step away from competing full-time in the World Rally Championship at the end of 2003 but remained active in motorsport elsewhere.

On September 15, 2007, McRae died in a helicopter crash near his home. The accident killed his son Johnny and two family friends.

McRae is survived by his wife Alison and daughter Hollie, the latter appearing in a video released by DirtFish on Christmas day alongside Wilson.

While McRae and Wilson never enjoyed ultimate success, it was a time the M-Sport boss looked back on fondly.

“There were so many great memories and there were obviously some disappointing times as well,” Wilson told Hollie McRae.

“The great memories were obviously starting very early on in his career with us in 1999.

“To go to Kenya with a brand-new car, it’s basically unheard of to go and win. That’s the way your dad was just absolutely exceptional when it came to really hard, difficult rallies.

“Don’t get me wrong, he had that reputation of obviously being very flamboyant but what the big skill that your dad had was an incredible mechanical sympathy.

“He could understand how hard you could push a car without it breaking in difficult conditions.

“And I think, I’m pretty confident, it’s probably the only rally that we won where he never actually set the fastest time.

“He just did such a calculated and measured drive and just got the dream result for us and for Ford.

“It was just an incredible achievement in such a short space of time. That was certainly my fondest memory, for sure, because we had been under a lot of pressure to design and develop this car.

“As I say, we had some issues in Monte Carlo, so it was a really special moment for us. Then very quickly, literally two weeks after that, he followed that up with another remarkable win in Portugal.”

Speaking on McRae’s attributes, Wilson said the Scottsman had a knack for understanding the technical workings of his Ford Focus.

Wilson recounted an instance in Rally New Zealand where McRae was on the verge of retiring, but resolved a mechanical problem with his car.

Wilson said he’s not seen that mechanical nous from a driver since.

“You could pitch your dad against anybody and any mechanical aspect, even changing a part on the car – we used to have competitions in the workshop, and nine times out of 10 he could change a part on the car quicker than a lot of the technicians,” said Wilson.

“And, to be honest, if something happened on the rally, there has been nobody since that I’ve worked with that could actually do the repair that he could do to get the car to the service or to the finish of a rally.

“There was one particular thing he did in New Zealand, and to this day nobody can comprehend how he could actually do it. He was working with a hot part of the turbocharger, and he used stainless steel lockwire.

“We just thought, ‘That’s it, the rally is blown’, and he went on to finish I think second or third. He just had an incredible understanding of the mechanical engineering.”