Herne locked in for Sprintcar debut

Herne locked in for Sprintcar debut 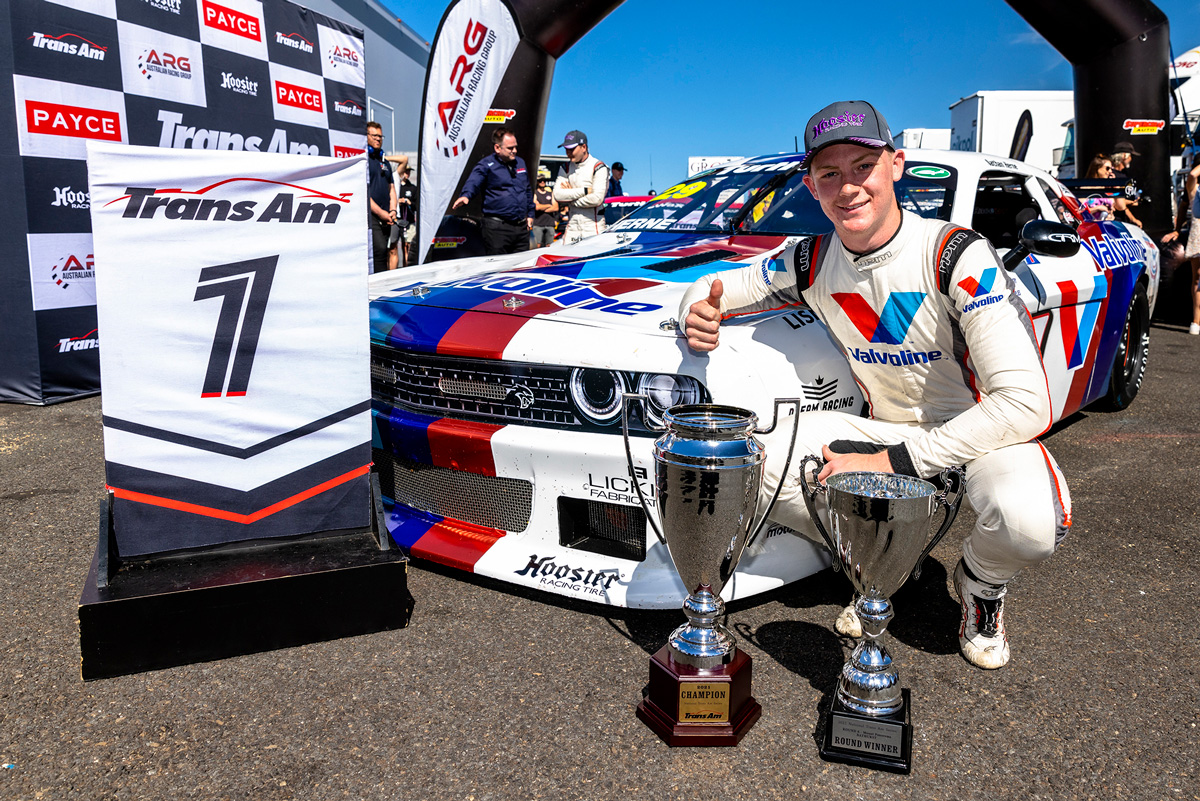 Nathan Herne will go back to his roots on Boxing Day, making his dirt racing debut aboard a 410 Sprintcar.

The 2021 Turtle Wax Trans Am title winner will compete for Luttrell Motorsport in Round 5 of the Tasmanian Sprintcar Championship at Carrick Speedway, near Launceston.

The opportunity, which will continue for multiple rounds, has been arranged by Garry Rogers Motorsport competition director Marcos Ambrose, who’ll be in support.

The Herne family are no strangers to dirt racing, Nathan’s sister Natasha being a sprintcar competitor; father Stuart chalked up seven national titles across a lengthy speedway career.

“I’ve grown up in and around dirt track racing,” said the 19-year-old.

“My earliest memories of motorsport are watching dad work on his V8 dirt modified in the shed and then pushing hot wheels cars through the dirt behind the grandstand at Lismore instead of watching his racing.

“A lot of people wouldn’t actually know this but my dream growing up was to always get the remaining three Australian championships in V8 dirt modifieds to take the total for the Herne family to 10.

“Speedway was always going to be where I would go with my career and the bitumen stuff was actually all by chance.

“It wasn’t until I had my first taste of Formula Ford when I changed my mindset to attack the Australian circuit racing scene.”

Of two-time Supercars champion Ambrose’s role in arranging the drive, Herne said: “I had a good chat with Marcos Ambrose in the lunch room one day about dirt and told him my family’s history and I saw the cogs start turning in his head.

“Then a week later I was called in for a meeting with Marcos, Garry and Barry [Rogers] where I was told the plan to get me onto the dirt track.

“My first phone call was to my dad who thought I was originally joking, it was so far from left field that we just didn’t expect it.”

A far cry from his usual S5000 or Trans Am rides, Herne is looking forward to the new challenge.

“Everyone knows that a Sprintcar is an absolute beast of a race car,” he said.

“The power-to-weight ratio is almost unbelievable and it really is just a set of bars strapped to a 900hp V8.

“I really can’t describe how excited I am to do this but I know it’s going to be baptism by fire.”