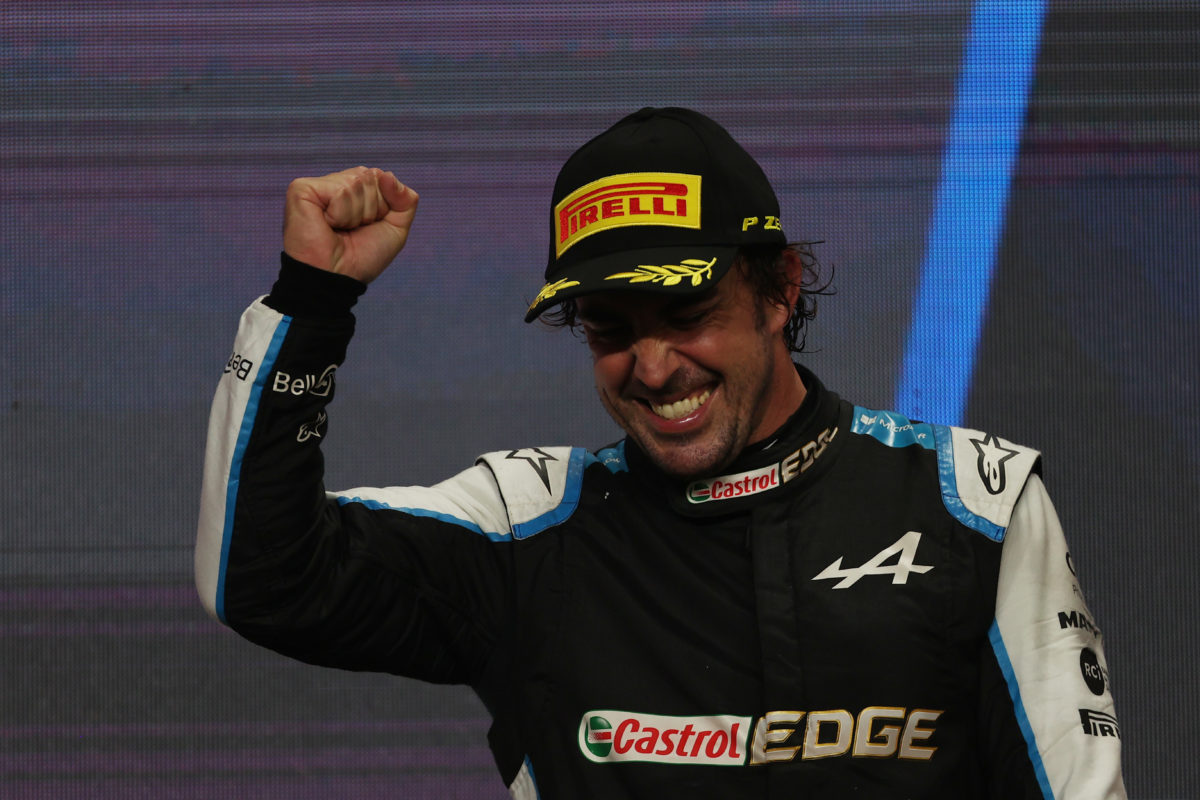 Two-time drivers’ world champion Fernando Alonso is happy with his performance during his comeback season to Formula 1.

The Spaniard spent two years away from the sport’s pinnacle, during which time he won the World Endurance Championship, competed in Dakar, and chased victory in the Indianapolis 500.

His return to F1 was announced last July, and effectively saw him step into the Renault drive (which became Alpine over the winter) vacated by Daniel Ricciardo.

It was something of a reunion for the then 39-year-old, who won his two world titles with the Enstone-based outfit.

However, with two years having elapsed since his last outing with McLaren, expectations heading into the campaign were tempered.

“At the beginning of the year definitely things were not easy for us,” Alonso said.

“In my case, getting back to the sport, I was not 100 percent ready and confident to push the car to the limit.

“It took a few races, until Baku probably – we made a few changes in the car on the power steering and the feeling with the front tyres were probably the thing that I was missing most.”

Once he’d come to terms with the car however, Alonso’s performances rapidly improved and saw him often outperforming team-mate Esteban Ocon.

The highlight came in Qatar, when he recorded a third-place finish – his first podium since the 2014 Hungarian Grand Prix.

He also played an instrumental role in Ocon’s victory at this year’s edition of that event, delaying a charging Lewis Hamilton long enough to prevent the Mercedes driver reaching the front of the motor race before the chequered flag.

It was evidence of an all-new Alonso, a driver who’d developed a reputation for meddling in the politics within a team and offering something of a destabilising presence.

Instead, he proved the opposite with Ocon and Alpine, instead offering his experience to the betterment of both.

“I think we made a huge step forward on that confidence level,” he noted.

“The season overall has been fantastic to me, you know, honestly, super happy to come back into Formula 1.

“I really enjoyed every single race on track, but also off track I was happy and I enjoy every second.

“This is my best season from 2014 I think in terms of points and positions, so definitely a good comeback I think and for sure more prepared for 2022.”

Following the retirement of Kimi Raikkonen, Alonso is now the oldest driver on the Formula 1 grid, his top-flight career having begun in 2001.

The 2022 campaign is the last on his current contract, with Australian hopeful and newly-signed reserve driver Oscar Piastri waiting in the wings for a 2023 race berth.